How to Fail Successfully! 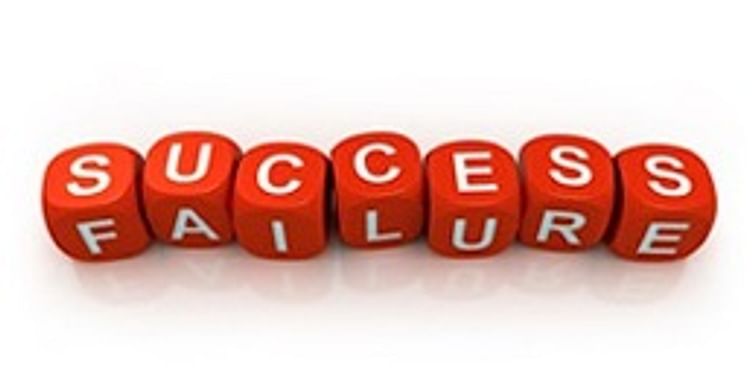 It's a challenge to unlearn this type of mentality as it has been ingrained in us, but as entrepreneurs, we can not afford to think this way. "Failure" should not be looked at as a negative outcome, as it is a big part of being an entrepreneur. Those valuable lessons will propel us forward, make us stronger and wiser. Also they will prepare us for what lies ahead, something which ordinarily could not be achieved without our past.

We are so conditioned to see only the sunshine and rainbows in successful companies that we forget to note that these same companies went through failures and struggles themselves before "making it." Before PayPal became widely accepted as "successful", it was head to head with a competitor, Billpoint, who ended up being bought out by Ebay and becoming their default payment method. The "overnight" success of the iPhone game "Angry Birds" took 8 years after 100s of attempts and at the brink of bankruptcy. The company behind Toy Story, Pixar is another example of a failing company that came up with Toy Story as a last ditch effort after being in business for 15 years.

All these companies share a similar story of being close to failure yet pushing through it. It is of course, possible to push through failure if you see future potential and believe strongly in your chosen path. Furthermore, there are numerous examples of entrepreneurs that are smart enough to know when to walk away, which is harder than sticking with it so you don't have to face failure.

So how does one fail successfully?

First, accept that failure in some capacity may occur so be ready for it. Then, fail fast and hard.

How fast? A good amount of time is 3 months which is enough time to see (potential for) growth and revenue. Here are things you need to accomplish during those crucial first 3 months to ensure you are "failing hard".

But what happens, if the numbers are not high enough, or you don't think you are creating enough value for your potential customers, but you still believe strongly in what you're doing? The simple answer is to pivot. This is a term used to describe a "failure" in disguise. You use what you learned and apply it to a different approach that you believe could work better. This could be targeting a different demographic, or changing your product offerings. Then, the cycle continues, another 3 months to fail fast and hard.

The fail fast and hard approach allows you to understand quickly if the challenges that you are faced with (because there will be many) are things you're happy facing and you have the passion to push forward with the idea. Moreover, it will quickly become apparent if the venture has long term potential and can scale.

Jas Banwait is a co-founder and Chief Social Mango at  TwoMangoes, the fastest growing Indian dating website with users from around the world. She leads TwoMangoes' global social media strategy, marketing initiatives and events.

An entrepreneur, prior to TwoMangoes, Jas was the co-founder of Savillian, a fashion company specializing in custom tailored suits for men and women. Through this venture, Jas was able to hold a number of speaking engagements about image and entrepreneurship, be recognized as a social media persona in Toronto, and gained an extensive breadth of knowledge on building a company organically.

[To foster this spirit, we've recently announced the launch of "The Fail Summit" :) Details here.]