Who Will Win the Tablet Wars? 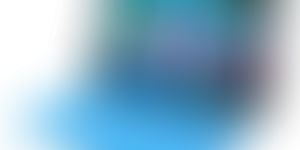 The tablet market has seen lots of excitement ever since the launch of the Apple iPad in 2010. What the iPhone did to the smartphone market, the iPad has replicated in the Media Tablet market. Following its success, several other companies have come out with tablets in a bid to capture a slice of this booming segment. According to Gartner forecasts, around 119 million media tablets will be sold to end users in 2012, and this figure will triple to 369 million units by 2016. Sales figures aren’t the only way of gauging their success. Tablets have greatly enhanced user experience and mobility (compared to the smartphone and the PC, respectively) thereby becoming an aspirational device in the minds of the consumers.

From the first version of the iPad, which was launched in April 2010, to the recent iPad 3 that came out in March 2012, Apple has pretty much ruled the roost in the high end segment, with a device that has set the benchmark in terms of design, user experience and software integration. Although the Kindle app was available for the iPad, the 30% fee on purchases through iBooks prompted Amazon to design its own tablet based on the android operating system, and the launch of Amazon’s Kindle Fire in November 2011 shook up the low cost tablet space, by offeringeasy accessibility to content for just $199. The prospect of loss of ad revenue, since the Kindle Fire uses Amazon’s Silk browser and did not come preloaded with Google apps, resulted in Google looking at bringing out alow cost tablet, Google Nexus 7, which was launched in the last quarter of 2011. Windows Surface, on the other hand, is going to be aimed at enterprise users who are familiar with the Windows ecosystem and would feel more comfortable with the using it on their personal tablets. The Windows tablets, which are expected to be launched later this month, are expected to be priced closer to the iPad.

Clearly, each of these tablets comes with certain features that give it an edge over the others. It remains to be seen whether customers will choose the superior user experience of the iPad, the quick processing capabilities of Google Nexus 7, the rich contentof Kindle Fire or the familiarity of the Windows Surface that is coupled with a touch cover keypad. While the world waits to see whether the iPad will retain its leadership or a new player will emerge the winner,customers will benefit from pricewars, better apps and advanced features as each of these players try to outdo the other.For companies and developers, getting apps ready for each of these platforms will gain significance.

More insight on the TechAheadCorp site.