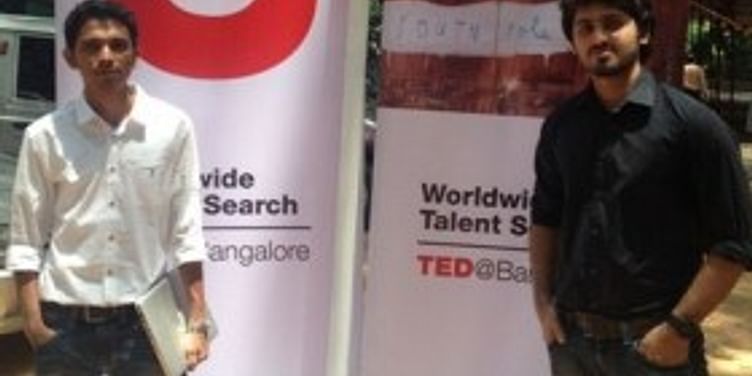 Deepak Ravindran is the co-founder of Innoz, an exciting venture on VAS and wireless communication platform. Starting Innoz after dropping out of college, Deepak has managed to take the firm to new heights. YourStory.in visited his office and a small chat resulted into us collecting some brilliant insights that went behind creating a company that has so quickly achieved a global presence and massive scale. The following six gems from Deepak will help any startup to ponder over his business model and improvise:

It is very important for a startup to think about revenue from Day 1. “Revenue is the King”. Staying only tech-focused for a long time is not sustainable as revenue generation is pertinent to an organization’s growth and success. Hence, it is important to think business as well.

Sufficient media coverage is very necessary for a startup. It helps take away some peer pressure that builds up during the initial days.

Innoz launched Tranz, a photo and file sharing App. But it became difficult to monetize it, and hence Deepak smartly pivoted to other opportunity and built upon the firm’s strength.

A video of the live searches by people from all over India:

Persistence is the Key

It might sound clichéd, but persistence is really the key to success. Deepak was sitting in a coffee shop when he first bumped into a guy with an Airtel tag on his shirt. Although Deepak didn’t know the designation of this person, he went to him and pitched his idea about SMSGyan. Later, he came to know that the guy was the Head of New Products at Bharti Airtel, and further conversations took place in Airtel’s office and Deepak got the first telco partnership for Innoz.

Deepak has formed the entire team of Innoz by aggressively hiring from his college, LBS College of Engineering. He also didn’t resist to reach out to investors and mentors from Kerala, some of whom till date help and guide him.

One of the very early decisions that Deepak made was that of taking his firm global. Today, Innoz has partnered with Du in UAE and is expanding connections in that network. Innoz is also looking at expanding in nascent markets like Africa where their partner, Airtel, has a ubiquitous presence.

YourStory wishes all readers a great learning experience from this smart and talented entrepreneur.

Innoz is going to organize a Hackathon on 14-15th July 2012 at their Bangalore office.