4 People across 3 Continents are Making 'Ratatouille' Proud with Cucumbertown 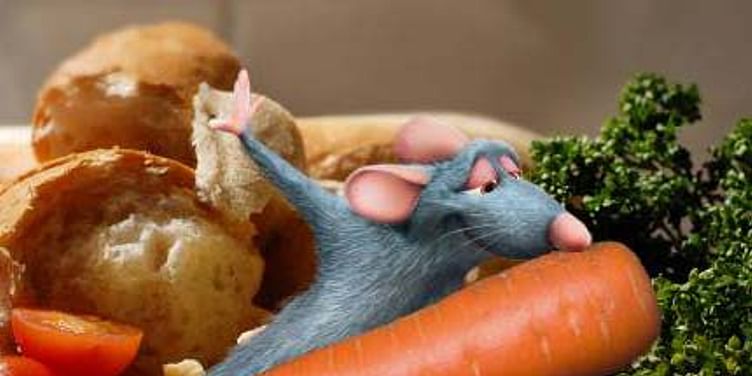 Cherian Thomas, founder and CEO of Cucumbertown exudes an enthusiasm that is infectious and started work on the idea after carefully collating 3 years of thoughts. Cucumbertown is not a result of some neuron sparking up at midnight but an idea carefully shaped and modeled over years with a lot of love. Cherian was one of the first employees at Zynga and this is the time when the idea for Cucumbertown was brewing in his mind. Having worked with Sizhao “Zao” Yang, the co-creator of Farmville, Zao introduced Cherian to Naval Ravikant, the founder of Angel List. And Naval put him in touch with Paul Singh, Partner at 500 Startups. These initial contacts Cherian had, went a long way in giving structure to Cucumbertown and also gave him a lot of confidence about the product and what he was trying to do.

As they put it, “The heart of Cucumbertown is an immensely beautiful and lucid experience to cook, write & share recipes. Cucumbertown is the identity platform for the cook and food lover.”

Cucumbertown becomes very useful in cases when people want to cook but have limited ingredients. For instance, if you have chicken and cheese and you want to make something interesting in less than 20 minutes, Cucumbertown can tell you what you can do.

Also for cooks, Cucumbertown adds a lot of value as it gives them their individual page where they write their recipes. The cooks now don’t need to build their own website. Cucumbertown does it for them.

Starting up and building the team

Having met people and forming a clear roadmap to what he wanted Cucumbertown to be, Cherian started out. He reached out to Chris Luscher, the founder of Information Architects and just pitched the project which Chris liked so much that he decided to work on it without any other discussion. They started work and in an serendipitous turn of events, Dan Hauk, the famous Tumblr themes creator also joined them. Dan had just became a father but took up the project just because he wanted to be a part of it. Cherian started coding for the project and soon realized that he’ll need more hands. Arun Prabhakar steps in here; this made them the only two people who’ve met in the team. Arun was a junior of Cherian’s in Model College of Engineering in Kerala, India and Cherian had known of Arun’s technical prowess from a technical festival for which Cherian was a judge. Cherian pitched the project to Arun and Arun was coding the very next day! This made the team of four and they’ve never looked back since then.

Paul Singh, partner at 500 startups and Naval Ravikant of Angel List were to invest in the startup and this when they asked the team to share equity. Everyone was just working because they wanted to. “My mail about sharing the equity went unanswered for two days!” says Cherian. “I had to step in saying this is important and we’ll have to do this to move ahead,” told Cherian to the co-founders and that’s when they told Cherian to give them whatever equity he wanted to. Now, this is almost unheard of in a startup. When there’s such passion just for the product, it is bound to do well!

Cucumbertown has already raised $300k from 500 Startups and a few others and is in the process of raising some more.

But aren’t there many who’re tackling this problem?

“Honestly speaking, we haven’t looked around for competition much,” informs Cherian. “There have been efforts but we’re trying to do something just because we believe we can add so much more value,” he adds. And this shows because until recently, Cucumbertown was in private beta but still has close to 700 recipes. “And we’re very happy because people are coming back! Again and again,” says Cherian. For instance, Marek Thi,a famous German cook hasn’t had a blog till now but he ended up writing for Cucumbertown and has his own page now. Cherian has also been very aggressive and has been doing intense research. “I’ve been to flea markets in the US and have asked people selling jams and such stuff over there if they’ve given out recipes anywhere? And they haven’t! They want to but didn’t have a platform till now,” says Cherian. Cucumbertown wants to take these recipes to the masses across the globe. There will be multiple revenue streams that can be opened up once they hit a considerable size of user base but till then, it is all about showing love to the product and improving it.

“We work for each other like we’d die for each other,” concludes Cherian and this is what will keep them going. Go, visit Cucumbertown and get cooking!