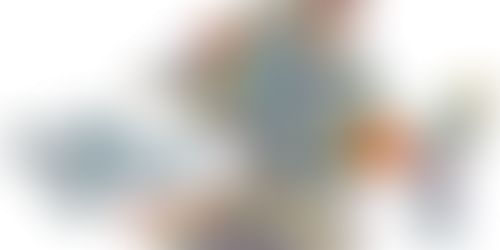 I remember starting my writing career (if one can call it) with a controversial article that married the concepts of an obituary with microfinance. Today yet again, I am flirting with danger when I prophesies the rise of microfinance.

So, what has changed since I last wrote about microfinance? Many things have changed. But I would like to put things in certain perspective. (Again, the caveat is that I am not an expert so please do not crucify me for my thoughts)

Prior to the AP ordinance, microfinance was one of the most sought after sectors. Banks would line up to be associated with MFIs. Who doesn’t want an

asset that is not only high yielding but also saves them from RBI rap for not meeting priority sector targets? That said MFIs were generally doing well. Doing well would be an understatement as most of them were growing their portfolios by over 100%. At the time when ordinance was promulgated, it had become a dragon with an insatiable appetite for capital. New funding structures evolved (Secularization, NCDs, private equity, even IPOs) to fulfill the capital requirements that propel the growth exponentially.I do not agree with the argument that any publicity is good publicity. The evolution of a scalable and profitable yet socially relevant business is bound attract attention. Initial articles focused on how the imported “Grameen model” of micro-lending from Bangladesh was relevant to India as well. Industry leaders emerged (SKS, Spandana, Basix, SHARE) to showcase their reach. But success is often followed by suspicion over the reasons for success. There were gaping holes in modus operandi of most MFIs despite stupendous achievements in terms of number of borrowers, portfolio growth and quality of credit. The microfinance model in India, though, was still evolving. However, the pace of this evolution was slow and it seemed that the philosophy of most MFIs remained to be - “Why fix something that isn't broke?” Stories started to emerge on suicides of farmers due to coercive collection practices of MFIs. At the peak of MFI success there was limited publicity of success stories in the MFI sector. But the press successfully managed to recycle stories of the problems of the sector with their own versions of truth with limited on-the ground research. MFIs did little to do damage control. Reason could be that the consumer of their services is largely in rural areas that has limited access to news.

Death knell struck – Andhra Pradesh Government imposed severe operational restriction on MFIs by promulgating “The AP microfinance Ordinance”. In a single blow the sector came crashing down. Political uncertainty was a reality now. General perception that emerged was that if it could happen in the cradle of microfinance, then why not anywhere else? So, why did it happen? May be the political parties felt threatened by the growing clout of mass following (in the form of borrowers) of MFIs or maybe they were genuinely concerned about the well being of the poor or maybe they were upset that MFIs didn't pay their token of respect to the political system? Whatever may be the reason, the law was out and it was strangulating the sector to its last breath.

For all those who thought that RBI was watching like a third umpire were all wrong. I would assume that RBI had been preparing for this kind of an eventuality since a long time. I remember in one of the conversation I had with a stalwart of the microfinance industry. He mentioned, “We kept requesting RBI to regulate us, bring us formally under your ambit, give us recognition, RBI chose to ignore us deliberately as they felt that we were doing a good job despite the regulation, RBI said do not make us regulate you ,you will lose all this leeway.” Unlike most people who felt that RBI was reactive in its approach, I would assume that RBI did have a Plan – B ready, though I must accept that it took a little long to put it in practice…

Since then there have been a slew a measures taken by the RBI as part of course correction for the sector. Some of them have been explicit like the formation of the Malegaon Committee or the NBFC-MFI regulation or the opening up of the ECB route. Other measures have been more covert like removing priority sector tag from gold loan companies or allowing FIIs to invest in “to be listed” securities that has been huge relief in easing up of the NCD investment route or filing an affidavit in the Kerala High Court underlining its authority to rule over the MFIs.

The sector also meanwhile owned up to its follies for its lack of innovation in products and processes. The AP crisis (as it’s widely now known in the industry as a point of inflection) brought about significant order in an unorganized market. The rules of the game have changed dramatically. While there are restrictions around the margins an MFI can charge, the need for innovation and differentiation has since become necessary for MFIs for their own survival and also for their beneficiaries. This is also critical in order to attract capital – both debt and equity. Many MFIs are now investing heavily in technology and training – 2 pillars on which the whole microfinance operation rests. MFIs are also sharing data of their clients among themselves through 2 credit bureaus – Equifax & High Mark. This is to prevent multiple borrowing. MFIs have started to look beyond traditional micro credit and have started providing credit for housing, education, vehicles etc. More than even before MFIs have started focusing on non-credit products like micro-insurance and micro-pension.

With these new developments many non-serious players will have to either move out by closing down or as part of consolidation in the industry merge with bigger players. New leaders have emerged (Bandhan, Janalakshmi, Ujjivan, SONATA) and the older ones are realigning themselves to the new order. The days of “hockey-stick” growth patterns may be gone but they have ushered in an era of stable growth. But has the political risk reduced? To an extent given that microfinance is surely and firmly under RBI supervision. Also the microfinance bill has been approved by the standing committee that has lent much needed credence to the sector.

It’s not unusual for any industry to go through a phase – its part of the long standing Darwinist theory of survival of the fittest. Some people may cry out hoarse that they were unfairly treated while others will treat it as an opportunity to reinvent themselves. But unlike the phoenix most of us don’t light ourselves up to make a new beginning, sometimes a little spark is enough.

Post script: Like the phoenix, yours truly is about to light himself up before embarking on a new journey. Start-ups and social enterprises remain close to my heart so will remain firmly entrenched in the sector.