Documentarian Takes A Motorcycle Journey To Experience Life In Ladakh 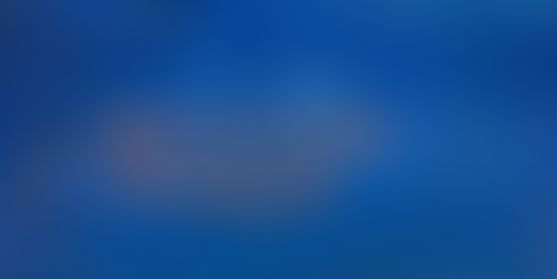 Dirt Track Productions was founded in 2006 by two travel enthusiasts, Gaurav Jani and P.T Giridhar Rao, who began to contemplate the vast area of land in India that remains unexposed to the common eye. Realizing the potential for travel and discovery, they set out to uncover the mystery surrounding these remote parts of the world, the people that live there, and to document the incredible journeys along the way.

Their early success led to the idea for the second film, One Crazy Ride, which follows Guarav and a group of four other motorcycle enthusiasts across the Himalayan state of Arunachal Pradesh. The travellers literally carved out their route as they went, often finding themselves on roadless terrain. One only needs to watch the last 30 seconds of the trailer, when the camera, mounted on the front of a brave soul’s motorcycle, starts out over a rickety wooden bridge, to understand the juxtaposition of beauty and excitement documented on this journey. The film went on to win 3 awards at 14 different film festivals.

The latest Dirt Track Productions film is set to be released in 2013. Motorcycle Chang pa brings us back to the village in Ladakh that Guarav visited in the filming of Riding Solo To The Top Of The World. His motivation to return came not only from a strong desire to revisit the people who made such an impression on him in their first meeting, but to gain a deeper understanding of what life is like in that part of the world.

“The movie is about one year journey from Bombay to Ladakh to cover the whole cycle of the seasons and the lifestyle of the nomads,” explained Deepa Deepa, Woman Friday in charge of marketing for Dirt Track Productions. “We wanted to cover the people that are still living this lifestyle and choosing this lifestyle in some of the harshest conditions known to mankind.”

The first time around, Guarav visited the village during the summer months, a relatively pleasant time to be in Ladakh. For the other six months of the year, however, living conditions in Ladakh become some of the most difficult in the world, as villages become isolated by a long harsh winter. Temperatures during these winter months can drop to -40 degrees Celsius.

“This is the most ambitious project yet,” said Deepa. “Without any help, without any background, without anyone around you, in - 40 degree weather, living on your own… I don’t think we’ve done anything bigger than this.”

Capturing footage in areas never before seen on film, Motorcycle Chang pa seems to have something to appeal to any moviegoer. It is full of action, emotion, and physical struggle, as Guarav deals with harsh climates and frustrating travel conditions. It is aesthetically captivating, with magnificent time lapses and wide-angle shots of the beautifully untouched areas of the Indian Himalayas. Of course, the part with the broadest appeal is the aspect that seems to be most salient for Guarav and those working on the film, namely, the interpersonal aspect.

The remarkable people that Guarav interacted with in the filming of Motorcycle Chang pa no doubt left a significant impact on him, reminding him of a lifestyle that today seems so distant and antiquated, but that still exists and in many ways makes a lot of sense.

“People think city lives are tough and that we have the hardest time, with all this stress and everything,” said Deepa. “But the nomads go on with a very hard life and do not attempt to show off about it, it’s just a matter of fact, and they take great pride in the way they live. It’s a very simple lifestyle, nothing like we have in a city life.”

Exposure to these people, even through the medium of film, is sure to leave a deep impression on the audience. One might imagine that the most powerful thing that could come out of it would be a personal reflection on one’s own life, a greater appreciation for everything we take for granted, and a bit of perspective on how trivial many of our daily grievances really are in the greater scheme of things.

Currently, Motorcycle Chang pa is in the postproduction phase, and the team at Dirt Track Productions will soon look to enter it into film festivals around the world in order to gain exposure. Dirt Track Productions will also look to license the film to television channels like Discovery, and will release the movie on iTunes, where their other two films can be found for purchase.

“People should come see this film for something that has never been seen before,” said Deepa. “It’s going to be an absolutely unique experience. And if you’re a traveler or a motorcyclist, to sit through a film that takes you to a place without actually going there, and leaves in you the feeling that you have been there, or want to go there, that is what this film is going to be. It’s going to be a visual treat.”

Visit Dirt Track Productions to stay up to date with Motorcycle Chang Pa, and look out for screenings near you.