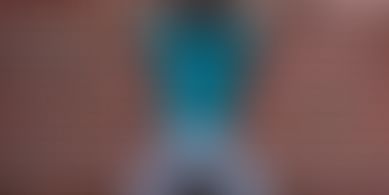 I left my job recently and started working on my startup, FindYogi, along with 2 other founders. Having read a lot of books and blogs on startups, we thought we knew a lot about startups and will easily be able to avoid common mistakes in hiring. We expected people to join for salary cuts and understand ESOPs. Not to our surprise, that was happening. We were 5 people strong, 3 Founders & 2 Founding team hires, by the time I served my notice period with my previous company. We are 9 as I write this. May be 11 by the time this is published. The team has grown right. Right, as in, people took cash cut to join us and came in for stocks. Somewhere down under we feel very confident of ourselves and people who have joined us.

Here is an account of the hiring effort so far:

1. First step was to post openings on Hasgeek and Hirist. We believe such forums are amazing as candidates here do not need to be sold on the idea of working for startups. The response was low in numbers but quality was good.

2. We wrote to a lot of people in the industry asking them to refer candidates, only to realize they were struggling as well. Later, we ended up referring some candidates to them.

3. The sales team at Naukri probably tracks these smaller job boards. In second week, we got a mail from Naukri offering us 1 free listing. This was a boon. We got tons of resumes. Going through all the resumes was painful but we had no choice. Less than 1% of those were worth talking to but we closed half of current team from there.

4. In order to manage the gazillion number of resumes, we started using Recruiterbox. This is a productive recruitment tool irrespective of the stage of your company.

5. Anil (co-founder) and I spent hours talking to potential hires. Few of them were good but had unrealistic expectations. We were short listing candidates who had tried something “different”. They had something to show, something to talk about apart from their academics.

6. Third week – we hired Sudeep, a fresh college grad. A couple minutes on phone with him and we realized (gut feeling) he is a go getter. He wanted to learn things. He joined us within 7 days moving from Jaipur to Bangalore.

7. Being a consumer web startup in a crowded market we knew we had to build something superior for the users. I remember Girish of FreshDesk, saying, “I might have come late but I have come with the latest”. This is the mantra we are trying to follow. May be the first version will not reflect that but the fundamentals have to be strong enough to help us move quickly, iterate quickly.

We realize that user interface will always play a major role in the overall experience, hence we needed a UI guy who has science/reasoning behind his designs, is ready to learn, and does not fall in love with what he made.

For this position in particular we tried very hard. Some interesting people responded to our mails and discussed the plans, however, most stopped responding as we had little cash to offer, no brand as yet.

No one took the opportunity and challenge of getting to mould a brand and product from day one. Eventually, we started talking to Manish. He is a design grad. from IITB –IDC, but that only proves that he has the right tools to practice this science, nothing else. What impressed us is that he quit his high paying MNC job to start his own design firm, that he had to ultimately close for certain reasons. He understood what it takes to startup. Having worked in the services industry, trying to reason with clients on the size of the logo, he found it rewarding to work on 1 product from infancy.

8. With two hires in place, we were feeling confident. We then started talking to someone for a senior technology role, let’s call him X. All of us liked him. He negotiated with us on equity and never on cash, we liked him even more. We made the best offer we could and assumed everything is now in place for us. He was already in final days of his notice period; that meant he could join us in another 7 days. X even came in for a design discussion and participated in an interview. With the initial team in place, we were now getting into detailed discussions on each feature. All of a sudden came a jolt, he wouldn’t join us as he got another offer, with much higher cash. This wasn’t something new for the hiring industry but it came as a set back to us as we had stopped hiring for that critical position assuming that he would definitely join. Left with no option, we committed the biggest hiring mistake, as yet. We tried convincing him by moving closer to the other offer. The discussion dragged for a week, until we had offered him 50% more cash than the initial cash offer and ESOPs as well. This was still about 15% lower than the other offer but we believed the ESOPs were making up for that and much more. He did not join us. Our product timeline was pushed by atleast a couple of weeks. On the hindsight, we realize it was good for us.

First lesson, if you can, never create dependency on a single resource and second, stop assuming things.

9. Till this time we were giving ESOPs to everyone, more to make up for the lack of cash. I was having a tough time in hiring people who did not understand ESOPs. We lost couple of good hires just because we never matched their cash expectations and they never valued ESOPs the way we did. I discussed this approach with Naman, and if we should reconsider offering ESOPs to people who can’t value it. He said to me, “It gives them sense of ownership,” the meaning of which I am gradually understanding. ESOPs are not a motivation for today. They do no good if everything is “normal”, and that is only a hypothetical situation with startups. ESOPs motivate you when times are bad and reward you when things ultimately improve. And these are the only 2 situation with startups, Bad or Good; that is the norm.

10. 4th week -We were still looking for more candidates. We had candidates visiting us in our office. In one of the incidents, we were talking to a fresh graduate who recently started working in an eminent MNC that I had worked for. He was bored of the lack of work there and wanted to work for a startup. Only after he saw our office did we realize that his definition of startups was Flipkart, a Billion-$-1000-people company. That is what almost every candidate defined startup as, not sure if that is good or bad for the ecosystem. Anyways, the hunt is still on.

In the meanwhile, I have started adding people on LinkedIn. Like an aggressive hiring executive I send out invites to anyone I like and believe their previous work might be of relevance to us. People are kind enough to add, however are not always willing to discuss an opportunity. I have marked them as our prospective hires. They may not be available today but with regular updates on our progress, they will call us back someday.

We have followed three basic rules for anyone willing to join the team:

Few random things we learnt during the whole exercise:

We are still hiring – write to kicksomeass at Findyogi dot com. (Startup jobs also available on our Jobs Board)

Ankit Govil, is the co-founder of Wowway Labs, the company behind Machinehappy and FindYogi. He has earlier worked with Capillary and Oracle.