WooMe; An Instant Deals App with a Receipe for Instant Success 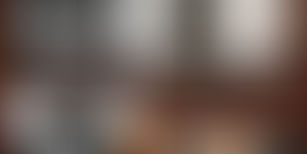 British author, Aurthur C Clark postulated “Any sufficiently advanced technology will be indistinguishable from Magic.” In today’s tech savvy world, it is not often that you see an app and go “Wow! How did it do that?”, but about a week back, this exactly happened to me. I think I just saw the next big thing in the app world.

WooMe.Mobi is an instant app deals; very instant. I would have loved to have got my hands on this app for an app friday review, but its a public Beta. So what we’re going to do, is introduce you to the revolutionary idea behind the app, what its use cases are and why I think this is going to be the next billion dollar mobile app app company.

The app has the following features

1) WooMe identifies an ad or a program you are watching on TV or listening on a Radio and pushes personalized Instant deals, interaction & engagement based on users likes & Interest. As you’re watching/listening the ad, the app will notify you of deals that the brand has to offer. The cutting edge patent pending technology ensures that the content detection is fast and is resistant to sound interference

3) Any interaction on the deals and engagement will be reflected on the WooMe social feed, where the user can follow other Woo-ers, and stay updated with the most trending and hot deals that others like, share and buy

4) WooMe is also a shopping app. Confused on which product to buy, the users can snap the product fill in the brand/store details with caption and post it to social feed to get suggestions from friends and other Woo-ers

5) The App can detect the audio/video while in the background and collect all the deals. Once the user opens the app all the deals will be listed in the deals section. There is an option under settings to turn on this feature. This feature is very useful while you are driving and the FM radio is on and while watching TV with phone on sleep/locked mode

Here is a video on which WooMe works. Download this Android app here and try it out yourself.

So what’s going to make this the next billion dollar app company?

Quite simple. This app can give marketers that instant impact that need to give their prospect customers. Just imagine watching a commercial of a product that you really like and a your phone buzzes with an attractive deal for the same? This app can increase conversion rates from advertisement.

Another aspect is the engagement option that it brings. Watching a TV show can have instant engagement from an app front as well for shows that run contests through Woome.

All this business, and its free for the end user. WooMe is in stealth closing deals with several brands, TV stations and Radio stations and announcements will soon follow.

Get WooMe for Android here