"India Will Be a Viable App Market Only After 12-18 Months," Aakrit Vaish, India Head, Flurry 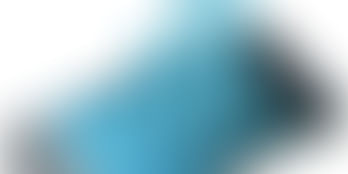 Flurry has been serving the mobile ecosystem with its popular Analytics tool and its Popular Ad Network. Founded in the U.S. in 2005, Flurry has grown to be one of the prominent names in the world for global mobile ad networks. It is one of the biggest mobile Analytics companies in the world. They have had a presence in India for about a year now, and while business development is not the current focus, they have hundreds of customers already using their Analytics service.

Aakrit Vaish is the head of operations for Flurry in India, and in a recent conversation with him, he walked us through the landscape of the Indian app

ecosystem.YS: How did your journey with Flurry begin? Was this something that you've always wanted to do?

Aakrit: I used to work at Deloitte before Flurry, but always wanted to do something by myself. I was also very interested with the mobile space, and was quite interested in the potential of mobile ad networks. I came across Flurry in a trade show and of all the companies in the space, I found Flurry to be the really interesting. I was looking for something small with a potential to grow. It wasn't too long before I joined Flurry, and have been with them from the time that when we were just 20 member to now.

YS: Tell us a little about Flurry Analytics. Can you give us some insights into the app ecosystems across the world?

Aakrit: Flurry Analytics is an Analytics tool for mobile apps. The tool is very widely used; we have a reach to over 500 million devices. Applications like Angry Birds, Talking Tom, Skype, Gameloft games and Zynga games to name a few, use Flurry Analytics. We've got 85,000 customers and are in over 220,000 apps.

We put up a lot of reports on our website's blog, but in terms of the fastest growing app ecosystems, China tops the charts. Also, U.S. markets are high on app downloads, for obvious reasons. Other than these, South Japan, South Korea, and South East Asia are some of the most promising app markets in the world.

YS: Where does India feature in the app market?

Aakrit: India is not a very big market at the moment compared to others I mentioned above. The opportunity isn't big enough for us to enter the market right now, and so we haven't been actively pursuing business in India. That said, we do work with some of the biggest game publishers in the country who

have a global audience. And the Indian app market is growing and we'll be doing a lot more here in say 12 to 18 months.YS: There are Ad-Networks such as Vserv and InMobi that are based out of India. How is it that they work?

Aakrit: I think a lot of their business is now coming from outside India, especially on the publishing side. From our analysis, we estimate that there were about 6 million active smartphones (iOS, Android) in India in 2011. This might increase this year to about 20 – 25 million. Next year is quite uncertain at this point, but 100 million would not be a surprising number.

YS: Is this because of the quality of apps made in India?

Aakrit: Yes. I think the quality of apps show in the way they perform in the market. Apps made in India need to work on their UI and UX, and there is a limited amount of people with these skillsets. I also think that mobile product development needs to be a metrics driven process. I see a lot of local content guys struggling in the Indian app ecosystem because of poor product development.

YS: What is your advice for making Indian apps better?

Aakrit: There is no such thing as an Indian app. That is a mindset that Indian app developers need to change. The app store has made it possible for a developer sitting in his bedroom in India to sell an app to anyone, anywhere in the world. This is the fastest adopted technology as compared to TVs and cars, and Indian app developers need to keep that in mind when they're developing apps. Every smart phone user in the world is a potential user.

YS: What are some initiatives by Flurry to improve the developer community in India?

Aakrit: We're a global Ad platform, but to get there we have had a lot of community building to do. Even in India, we recently participated at the Game Developers Conference held in Pune, and will continue to be active in helping app developers with Analytics, advertising and app building in general. But it’s not just about what we can offer to India, it’s also about what India can offer to us.