Picking the Brain of an Indian Investor- In Conversation with IQ Founder, Anand Lunia 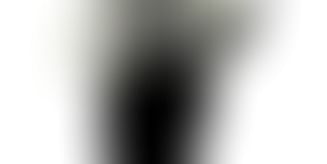 In conversation with founder of India Quotient, Anand Lunia...

A venerated investor in India, Anand Lunia has made some marquee investments in companies like Inkfruit, Faasos and Mydentist among others in a personal capacity. Anand has been investing for close to a decade now and we take you through his journey and viewpoints. Investing has been in the limelight off late and the whole Kauffman report about how the VC model is broken led to some interesting debates. Here we talk about some of the lesser talked about aspects. One of the many questions is; how big a difference does it make when an investor is putting in his own money and when the money is from a fund? “Somehow, both the entrepreneur and the investor tend to behave differently when there is personal money involved,” believes Anand. Talking from experience, Anand shares a few interesting anecdotes:

In cases of Inkfruit, Kashyap and Navneet, the real rockstars struggled through a very difficult 2009, with a lot happening on their personal fronts too. The ride was very rough, but Anand was always with them. “They consider me a founder, and that’s a real privilege. Though looking back I wish I just had more money to support them with,” laments Anand. Faasos, the QSR founded by Jaydeep Barman is a result of a lot of hard work. “Jaydeep broke his back once while spending crazy hours on the roads of Mumbai,” says Anand and that is the kind of dedication you get from an entrepreneur who is enjoying what he is doing. This is a company that has raised a sizeable Series A round.

In a way, moved and inspired by this, Anand explains, “As I wondered about my place in the venture eco-system, this is what struck me. All these great, talented people don’t care about money, press, fancy amounts. I needed to leave everything that was comfortable and jump right in to build a new model. Maybe we are the only fund of our size with two full time GPs working on a 2/20 structure. And to get started, I needed to put all my savings in to the fund.” I started with a shared office, located at One97 Mumbai branch. Would we not expect our entrepreneurs to do the same?

Another claim that is regularly made is that everything happening in the Indian startup ecosystem SHOULD BE Valley inspired. Anand goes against this stance, saying, “Only those who don’t understand the Indian market make such comparisons. It’s sometimes amusing to see people who have been around for years to behave like foreign tourists who get duped by local touts. Then they complain about India being too small. But a $300M fund even in US is not for early stage! When we price something, we use purchasing power parity. But when funds are raised, there is no concept of parity. Only the right sized funds will make good returns. Another problem is of targeting the upper end of the market which while growing fast, is too small. Mass market plays like Mydentist have a large market, but even here it will take time to reach 500 cr revenues.”

Then there is the point of setting realistic goals and working towards them. “In many a deals, funds have tried to say- you have asked for $1M, but if you get $5M, will you grow at double the speed? Now that is too juicy for unsuspecting entrepreneurs to say no to. Really, in an infrastructure starved country like India, can you buy execution speed with money? Not at all! In fact, throwing more money will only make the problem more acute.”

India Quotient has raised a small fund because they believe it’s the right amount, and it’s an amount they were comfortable raising from people known to them. “There were some people we went to just for courtesy calls, but we always knew who will have real appetite. It’s been around 4 months since we started, and we hope to wrap it up in the next few months,” informs Anand.

Discussing about investing philosophies, Anand says, “Instead of having a ‘yes’ from each and everyone, we prefer very emphatic ‘Yes’ from most of the people involved in decision making. It’s important that all IC members think differently.” IndiaQuotient has 6 companies in its portfolio currently all of whom are doing well. Some of them have a longer product validation process than others, and some like Redquanta and iimjobs have already been in business for a while. “We are starry eyed about all of them right now, though I would like to answer that after 2 more quarters,” answers Anand realistically.

Number of investments a fund makes is by no means a gauge of success but with heavyweights like 500 startups coming in and making investment announcement at the rate of knots, one starts asking the question. “We hope to invest in a company every month, though no targets. Overall we will invest in 15-20 companies in total by end of next year, if the current high quality deal flow continues,” informs Anand. “We try to listen to at least one new pitch everyday, though we get about 2-3 good new plans every day. It’s important to develop an eye for the right plan, coz it’s easy to let a good one slip!” he adds. Talking about such regrets, Anand mentions missing out on Flipkart while he was with Seedfund. “Lesson learnt, and we try to interact with all promising teams, regardless of whether they were referred to us or came in directly to the website. And there can be no love for presentations. Frankly, if we love entrepreneurs with rough edges, we shouldn’t be paying a lot of attention to their presentation slides!”

So, how does a VC keep himself informed? Even though it has largely been Twitter for Anand in the last few months, he says, “Reading and keeping up with all the news and discussion is very important. There are sectors like financial services, education, food, healthcare that I track, and then there are a few good VCs in US I track for reading stuff.” One advice to entrepreneurs he gives is that they should think of building a team the same way they think of building a prototype. “Choose carefully, convince a good friend, select for skills, but also for mutual chemistry. Negotiate like hell with investors, but be very open when it comes to sharing with co-founders. There have been so many times when we say- we wish there was a good team- then we wait, and they come back, and we start discussing. The earlier the team is formed the better- ownership of the vision is best that way,” shares Anand. For Anand, a great team is a team that can raise funds, without the CEO meeting the investors even once. So when one builds a team, this should be kept in mind- Can these guys pass this test? An even better test will be – Can these guys run the company without me? One of the first things I did when I started the fund was to get Madhukar in as a partner.

Concluding with this pearl of wisdom, Anand signs off to go through few more business plans.

Check out the news about the recent closure of the first fund for India Quotient.