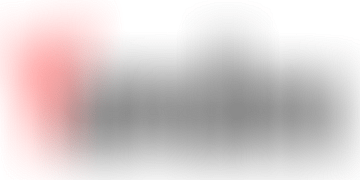 Yandex, is a popular search engine and an online service company with a suite of online services that rivals the likes of Google in terms of its offerings. With over 60% of the search market share in Russia, Yandex offers mail, cloud storage, analytics, payment services, ad platform, browser and more recently an app store. After filing one of the highest valued IPOs of 2012, Yandex has now turned its focus on international expansion. At a mobile summit, the representatives from Yandex shared with us their current international expansion plans and more specifically, their plans for India.

The Yandex Store is an alternative app store for the Android platform. The store is soon to be released, and it boasts of an impressive 40000

apps on it already. According to Yandex, the release of the app store completes an ecosystem of mobile computing that a user may want to use. “We are trying to push this package to carriers and OEMs as an alternate ecosystem to the existing one so as to provide the user with just as complete an experience as they would have with the conventional option. We believe that this is as good an experience as other packages if not better.”

With an increasing number of Android based handsets coming out without accreditation from Google, the Yandex ecosystem seems perfectly poised to be the obvious alternative.

Internet search in today's world is dominated by Google and for a search based company to expand internationally with nearly identical offerings as the market leader, Yandex has a practical, yet unique approach to it.

“Yandex has been very popular search engine in Russia and the CIS countries because of really good technology, and an understanding of the meaning of words in a user's query made from different parts of Russia . Just as an example, if someone in Saint Petersburg search for sea he would most probably means Baltic sea. If a user from Sochi (2000 miles from Petersburg) do the same he most obviously means Black sea. So, we can understand what they mean for the same word."

"Last year, we started our international expansion by launching some of our services in Turkey. We launched search here, and for us this was the first country which didn't speak Russian, so we had to start from scratch. Its doing well so far, and in Turkey, Yandex accounts about 2% of the search traffic. This might not sound like a lot, but it is definitely a start. Our approach to international expansion is based on countries that do not offer high competition in the search market. If we were to push our services in the US, then there is something strange right?” Said the representative.

"What we did well in Turkey was to approach search from a linguistics point of view. It worked, but we have to admit that it is a daunting task. We hired the local people and we made a conscious attempt to make it Yandex Turkey and not another branch of Yandex Russia.”

“Having said that, I cannot pinpoint that as our international strategy, but that's what we did in Turkey and it worked for us. But doing this was hard for us. To do this in other countries would mean starting all over again and that isn't going to be easy. So to say that this is our strategy would not be correct.” added the representative.

As far as their plans for India, they refused to share it with us, but they did mention that their being at the mobile summit was to promote the Yandex store to app developers. “I can't give you a number of Indian made app on the store, but I assure you that of the 40000 apps on it, at least one is made by an Indian,” laughed the representative “But hopefully after this event we will have more.”

Yandex Store can fill a gaping hole in the mobile Ecosystem. For example, there are 7 million Kindle devices in the market, which runs on the Android platform but doesn't have Google Apps on it. If that is the scale of the number to go by, an alternative mobile software ecosystem is almost a need and Yandex is by far the most complete one of them all.