Lakshmi Narayanan of Cognizant tells entrepreneurs, “Understand your strength, don’t be conscious of yourself” to beat fear of failure 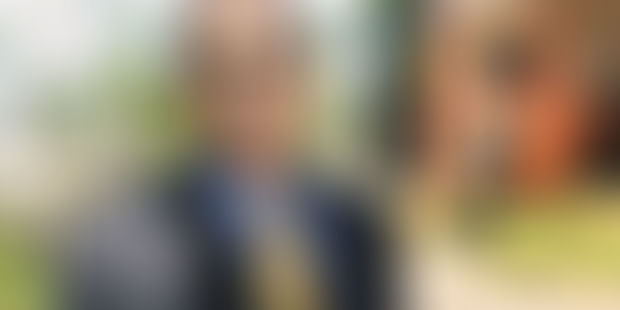 In the run-up to TiECON Chennai 2012, Lakshmi Narayanan, President of TiE Chennai and Vice Chairman of Cognizant, blogged a quote that will stick: ‘"Faith is taking the first step even when you don't see the full staircase" so said Martin Luther King’. With a wisdom so intense and a world view that is appropriate, this quote summarizes when one steps into something without anticipating results, just based on faith. In his tenure as TiE President, Lakshmi has emerged as a change maker and like the company he has been associated with, he has made sure that the changes are obvious and bring real-time benefit. When we caught up with him on the sidelines of TiECON Chennai 2012, he elaborated on TiE Chennai initiatives in transforming TiE Chennai from an ecosystem to a platform for entrepreneurs.

He started by saying, “If you see TiE globally, their original mandate was to mentor, educate, and network”. For entrepreneurs, this meant a guide, awareness, and a host of people to either do business with or expand a base of network. Entrepreneurs looked for something beyond this. Three years back, when Lakshmi reviewed the mandate of TiE Chennai, he found that entrepreneurs needed access to capital and market. Lakshmi says entrepreneurs would typically pose questions such as “I have got a product. I have got this idea. But can I have this tried out by TiE member? Can some of you promote this product? How do I get to the overseas market? I’m sitting here in Chennai. Many of you are travelling to US to get the customers.” TiE Chennai’s proposition was to help these entrepreneurs by simply creating an ecosystem for them to connect to investors and potential customers primarily through networking in its events. Instead of just remaining an ecosystem player, Lakshmi says, “We don’t want to create an ecosystem but a platform wherein people can find the market to go to.”

On the TiE Chennai as a platform initiative, TiE Chennai is getting strongly associated with angel community, such as Chennai Angels, to direct its associate member entrepreneurs to these angels who are themselves members of TiE Chennai. For those seeking VC funding, TiE Chennai is embarked on a different mode. Lakshmi says, “We’ll guide them to Venture Intelligence [a data analytics firm in the investments space] and they will them who the appropriate VC is.”

Another myth was that TiE Chennai was thought of an IT organization. By switching to a deliberate non-IT/technology focus, Lakshmi says, “We’re trying to recognize these entrepreneurs through awards which are more focused on non technology sectors as well,” adding, “We’re making the headway and we continue to work on the same lines.” Is TiE Chennai representative of the active industry sectors in Chennai such as automobile components? To this question, Lakshmi says, “In principle, in all the sectors there needs to be participation from the mature people of the industry. They might be entrepreneurs who are members but the firms which they belong to might not be.” So to promote entrepreneurship, TiE Chennai promoted corporate membership. This means that instead of individuals becoming members of TiE, big corporations and other corporate entities become members. “Cognizant was one of the first corporate members of TiE to come,” he points out and you could see how much he walks the talk. On corporate membership, he elaborates: “Although I wouldn’t say that there isn’t much hope but the experiment is on and we target to get more big companies become TiE members. From market point of view, it’s going to be good as a lot of entrepreneurs want their products to be used by the likes of Cognizant and other big players. So to make a market for these entrepreneurs, we need some of the enterprises to be the part of TiE. In this model, we’re trying to create this market for entrepreneurs and if somehow we can manage this without making these corporate members, it’ll be a win-win situation”.

We ask him he being at the helm of Cognizant, one of the early marquee IT companies, what drives him personally to encourage/drive this whole entrepreneurial ecosystem in Chennai? The broad philosophy of Lakshmi is, according to him, “In our business we often say that we’re helping people succeed in whatever they want to do. When you help someone succeed, internally within the company, it’s the same and that’s what drives our passion. The others have also started to think and we are helping them. When somebody comes and says this is the situation, at least point them in a right direction if not suggest a solution.”

Then comes gem of an advice not usually heard. When we ask him for an entrepreneurial quote, he gives a rather different view that pumps you up: “One of the things that are applicable for entrepreneurs is being fearless, i.e. it’s always about fear of failure, the conscious. Understand your strength, don’t be conscious of yourself. If you’re conscious of yourself, you’ll react to what other people think and say of you. If you see successful people, they don’t really care what people around them think. For example, in a bus terminal, when you’re waiting for a bus and there are many people. You’ll see that there will be this guy talking on phone, really not worrying/caring about what others are thinking about him. So, that’s the case, single-minded focused attitude. No human being, however good, can do three things at the same time. Even two at a while, for example, talking on phone while driving a car. Results have shown that it leads to accidents. Focus and don’t be conscious of yourself.”

We are naïve to ask him, so is that a secret behind your success as well. Comes an answer straight from the gut, “I don’t wear a mask. You should share to the people what you yourself practice. If I don’t do that, people will find out.”

Lakshmi thinks biographies are generally helpful and refrains from recommending any single book. Lunch is waiting and Lakshmi vanishes into the crowd of thousand plus.

Hear more from the experts.