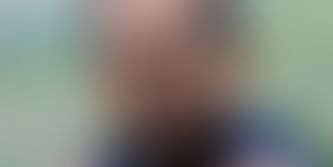 This interview is a part of our series 'Techie Tuesdays'...

There are IT companies and then there are the hundreds of corporate honchos heading these companies. Tracing the hierarchies, we come to the coders and developers who orchestrate the infrastructure and then, there are the executers. There is no dearth of software developers in India but there are those few, who go beyond and do much more.

Meet Sudar Muthu, a Research Engineer at Yahoo! who is better known for his hobby; Robotics. The only reason we say hobby as Robotics isn’t his full time job. Sudar is a recognized in the developer community as an expert in making Robots using Android and Arduino. Here’s a video of him speaking at DroidCon 2011 Bangalore -

In this video, he controlled an Arduino based Robot using simply moving and Android tablet. Come 2012, at the same conference, he was back with a Robot which anyone could control using the internet. Overawed, we catch him after this talk and asked him a few questions -

YS: Why are there so few experts in Robotics in India?

Sudar: I think Robotics is in its very early stages in India. I think it will come, but the time is not here yet. Another reason is that there are software specialists and there are hardware specialists. For Robotics, you need to be both and unfortunately, there aren’t many who can do both and ‘well’.

YS: So when and how did your love for Robotics start?

Sudar: I’m a complete software guy. I have nothing to do with hardware in my job. In my third semester in engineering, we had one electronics paper. It was my first day in the electronics lab, where I short circuited a plug and the whole college lost power and there ended me doing anything with hardware at college at least!

I did my masters from BITS Pilani and thats where I started getting interested in Robots and Robotics. It started with researching on the internet and talking to experts on online forums. I just enjoyed knowing the fact that I can control an object’s movements and that really gave me a kick. And even now thats why I do it; its fun and its for the kick I get out of it.

YS: Why aren’t you doing this full time? Don’t you want to start your own Robotics company?

Sudar: I do this for a three lettered word - FUN. I am really passionate about what I do and if you involve money in it, that passion goes away. Last year I controlled a robot using a tablet. This year allowed the whole room to play with the Robot using the internet and that is what really excites me.

Secondly, everything that I have learnt is from the Internet. It isn’t fair to think that I should monetize something that the community has given me and so through these talks I’m only giving back to the community. I have started a free for all robotics tutorial where I just share what I know with whoever is interested to learn. (You can find out more about this here)

YS: What is your advice to budding engineers who are at the start of their professional lives?

Sudar: If you want to be innovative and do innovative work, don’t join a services company. I think there are too many processes there that hinder innovation. Secondly do more things that are just fun and nothing else.

Sudar is firstly a great guy. His equally awesome professional abilities only come after that

The mark of an expert is in how easily they can explain things to you and that is the first thing you will find about Sudar. The ease with which he explains things tells you how much he knows and how well he knows it

Sudar is one guy who does many things and does them well. He works at a big place and he doesn’t need to do Robotics to earn any brownie points from his organization. The fact that he does more than what his job expects out of him puts him in a different class of people for me

Get in touch with Sudar here or @sudarmuthu on Twitter.

This is also the first article in the series 'Techie Tuesdays', so please feel to drop in feedback and let us know how we can improve.