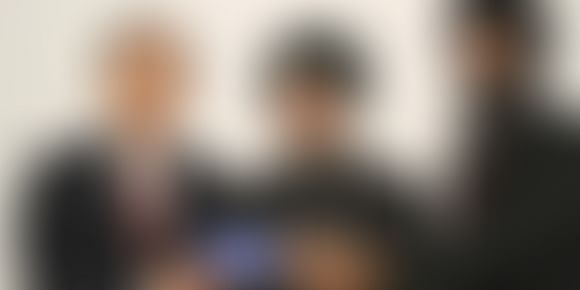 The CEO of Knowledgefaber picks the brains of the man driving $35 tablet revolution, Suneet Singh Tuli, CEO of Datawind

Datawind came into the limelight ever since the Aakash Project- the $35 tablet that grabbed the global attention and made people sit up and take note. Founded in 2001 and headquartered in London, U.K, Datawind in a way revolutionized the computer tablet market overnight but little was known to the masses that Datawind has been working on PDAs and web platforms and their integration for almost a decade now. Amit Goel, CEO of KnowledgeFaber, a research and consulting firm along with Vivek Gupta, Associate Consultant at Knowledgefaber interviewed the CEO of Datawind, Suneet Singh Tuli to understand Datawind’s take on Tablet PC market in India.

Amit Goel: How has been the journey from Pocketsurfer to Aakash? How were you able to use the learnings?

Suneet Singh Tuli: Pocket surfer made by Datawind was based on a web-delivery platform developed by Datawind. So we have a long rich history of web platforms, mobile devices, form factors, and content delivery mechanism on GPRS. Datawind worked as an MVNO and bundled web platform with pocket surfer hardware to sell a package. However, pocket surfer was a product ahead of its time and did not witness huge roll-outs. We learned a lot from all that especially our focus on shifting computing and storage burden from client to the server.

There were no broad rollouts though in India. With Aakash we have seen increase in profile.

Then Datawind came across government tender for manufacturing of Aakash tablets. It was for low cost Wi-Fi tablets. We have been doing well with Aakash tablet. We were doing sales of 40,000 to 50,000 units in UK annually and now about 1,00,000 units per month in India, which is a paradigm shift for us. When we entered the tablet market in India, it was 2,50,000 units market a year; however, sales is now expected to be 2.5M – 3.0M a year. In such a market, we wanted to position Aakash and our commercial version UbiSlate tablet as the first computing devices for many people in India, instead of a regular media tablet.

Suneet Singh Tuli: Yes, educational content makes a biggest difference. What IIT Bombay is doing is not being done by others in this space.

Some of the failed products were ahead of their time and went solo; again, mobile connectivity is going to be the key for tablets. Internet user experience on Aakash tablets continues to be better, with webpages delivered on the device in fast usable format. Cost of the device is also important and anybody misjudging the value of price does not understand how demand and supply work. In India, product pricing is critical as providing good enough bundled products and services at affordable price is challenging. The momentum that has developed with this program is phenomenal. 7C+ commercial tablet and the web delivery platform provide respectable experience on GPRS. Kind of apps we are working on BOP, etc. with partners is amazing. Recently in partnership with UN we are launching a contest on socially responsible apps to empower women. With Aakash 2 tablet recently launched with improved technical specifications, we perceive the tablet making a huge impact in educational sector in India.

Amit Goel: Too many partners in the ecosystem make it difficult for an initiative/organisation especially in India– How have you been finding support with your partners/service providers?

Suneet Singh Tuli: Support from the content ecosystem is more now. Simputer spent too much time on creating its own content. App development ecosystem on Android & Java is better now. Developer ecosystem in India has also improved and it is the question of having the right ecosystem. Manufacturing ecosystem in India needs structural changes and the issues need to be addressed. Ecosystem does not exist currently for manufacturing in India as compared to China. I am a big believer that local manufacturing should be done. Bureaucratic infrastructure needs to be streamlined in India. There is significant consumer awareness and strong demand from enterprises in India. Aakash is becoming a reality due to various partners for curriculum, content, apps and languages. Overall, Eco system around Android, Java, and Linux is strong in India. It's not an issue of too many cooks. Manufacturing has improved over last ten years. Service providers’ bunch is firing on all cylinders.

Amit Goel: Datawind has followed a cautious approach of doing Pilots, with low exposure/costs involved, me too products in well established markets. That I imagine puts a lot pressure on margins especially the discounted non-commercial version Aakash. Does Datawind have enough margins on its commercial products?

Suneet Singh Tuli: Margins are there in commercial as well as even in Aakash, however these are small margins.. For a company of small size we can’t afford to have no-margins even to begin with although hardware is not our prime money spinner. Datawind has a lot of focus on content and apps. So as a complete solution over a period of time we will make money. About 3/4th of our profits in UK came in these areas. We do make tiny margin on hardware as well. Despite the margins, we are focusing on volumes and want to address the 100M market in India. Those “recurring revenues,” such as earnings from advertising on the millions of tablets DataWind will deliver, are one way the we plan to be able to continue to sell devices with possibly a $2 a month wireless data plan going forward.

Amit Goel: EdX, Coursera, KhanAcademy and tons of initiatives are there towards inclusive education. Providing learning that was restricted to classes could now be available to masses. Why is now the right time?

Suneet Singh Tuli: It is like the Critical mass, a Perfect storm - Many Users with enough connectivity. Numerous things have come together now; it can be called the perfect storm. User base for mobile devices has reached critical mass. Mobile connectivity has increased and costs of devices have come down considerably. Prices of chips have come down from $32 to $2 in the last two years. Availability of open source Android platform has led to more manufacturers making smartphones and tablets. So, we don't take all the credit. Low-cost computing devices such as Simputer failed because they could not go to the consumer market. We on the other hand, are commercialising our UbiSlate tablets and are not dependent on the government alone. Adequate processing power and appropriate pricing of devices was not there earlier, and hence commercial viability was not there. Deployment of UbiSlate tablets are expected to gain traction amongst the masses.

Amit Goel: What are your projections for commercial version of the Aakash tablet, the Ubislate 7Ci and 7C+ especially when INR 2,000 to 5,000 tablet market is currently flooded in India?

Suneet Singh Tuli: Ubislate is not widely available in retail stores in India. 7Ci or 7C+ is not retail driven; however, it is sold to our online demand. Out of 100M, 50M don't have Internet at home. They access from office and cyber cafe. This half would lap up lot of tablets.

Lot of small companies are bringing tablet products from China and selling low volumes in India, which is a huge market. It’s amazing they approach us for buyout etc. We get 7k to 8k orders online every day. We took a decision not to set up retail presence, and instead focus on fulfilling that pre-booking demand. We don't envision rolling out retail for a few months, given the capacity to deliver.

Amit Goel: By when you would be able to deliver 100,000 tablets to the Indian government and by when the four million commercial orders?

Amit Goel: Are you exploring other opportunities in India or markets or looking to tie-up with firms such as Reliance (rumour about 4G tablet)?

Suneet Singh Tuli: We are working in multiple countries and launched our product in Zambia about two weeks ago. By next year we are expecting Datawind to become a global story. We are already in African countries and Latin American countries. There are small pilots in some of these countries with governments. It will be a much global story, not only an Indian government we will also try more networks. 3G tablet would be out at some time, along with 4G tablets at some point of time.

We are not working on anything with Reliance currently. However, we would love to do something like that. We do not wish to be the first to roll-out products on 3G/4G networks. Currently LTE chipsets etc. for tablet PCs do not allow tablets at Rs 3,000 – Rs 4,000 price bands. LTE rollout with good coverage is expected by 2014, which is still a long way away.

Amit Goel: Indian Government is increasingly looking at indigenization of Aakash tablets for the development of five million tablets in 2013. What will be Datawind’s approach be while participating in tender for ‘Aakash 3’ tablets (in terms of pricing, features, domestic production etc.), the tender for which is expected to be out in February, 2013?

Suneet Singh Tuli: Based on the tender specifications, we expect to have an aggressive price point, and the highest level of Indian value addition for Aakash3.