Fear- How we lost it, and discovered the courage of life 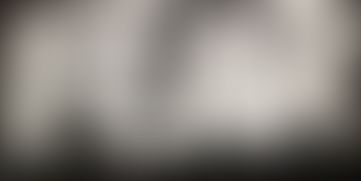 As much as I am fascinated by heights, they surely scare me to hell as well. This 2013, bungee jumping is on the very top of my list. I want to climb up there on the cliff, shout out loud and jump. I face my fear and get over with it. Period.

Fear could be of different types: it could be fear of failure, fear of rejection, fear of losing something or someone, fear of getting caught, or fear of the unknown. Don't worry, it's alright to have it. I've had some too. And maybe that's why I can tell from experience that fear is a shameless beast. You could try ignoring it, you could try burying it deep down or you could even deny its existence. Take it from me, I've tried it all - nothing works. The good news is, now I (sort of) know what does!

“A man that flies from his fear may find that he has only taken a short cut to meet it.” - JRR Tolkein

Conquering fear is a 3 step process: 1) Understand your fear. Find out if it's real/logical or irrational/stupid. 2) Accept your fear. You've got it because you deserve it. 3) Face it. Be brave and overcome it.

One of the big encounters with the fear monster happened when I left my college for my startup and joined GSF Accelerator. The fear of dropping out of the college and entering into the real world was immense. I spent sleepless nights pondering over some really bad imaginary scenarios that could possibly happen and make my life miserable. I was restless, tensed, unable to perform to the fullest. Fear had taken over me.

That was when I realized that interestingly, we're not afraid of the fear but of the story behind it. For instance in my case, when I say I'm afraid of heights, I'm more afraid of the story that I imagine of what would happen to me at a height - I could fall! Fear is imagination running wild in a negative direction. It's like the pull of gravity - very destructive if not controlled properly.

At such juncture it's quite important to let it out by talking about it with your friends, family or with your mentors. Take my word for it, you're bound to get good help. For me, at GSF, it was Rajesh who helped me conquer my fears and get over it.

This 2013 find out what it is that you fear, and conquer it. In other words:

"Find out what you're afraid of and go live there."― Chuck Palahniuk

Rohan is back home from the US for his winter break and I’ve finally had the opportunity to enjoy some “father-son” time with him after a long couple of months. We’ve been having discussions on a wide array of topics, ranging from the beauty of mathematics to the Freudian interpretation of dreams and myths, the wave particle duality of atomic physics, the science behind human consciousness, and even mathematics in music (while discovering great music on Spotify together…do listen to Imagine Dragons and Of Monsters and Men). Apart from delving into these mysteries of the world, both of us have also been reflecting on what we have learned about ourselves in the past few months. Just the other day I asked him what, if anything, he had learned from his mother. After a minute of introspection, he answered “calmness.” In a moment of self-indulgence I asked him if he had learned anything from me. He replied, rather spontaneously, that I had taught him “fearlessness.”

I remember having a similar conversation with Hima, one of the Eirs@GSF Accelerator, a couple of weeks into the GSF Accelerator programme. She too had mentioned that I was fearless. At that time, I thought she was being polite, and really thought I was reckless.

I wasn’t like this too long ago, and certainly not like Himanshu and his team of fearless founders at Gingr. All the three founders were final year students at IIT, Delhi (a dream institution for most young Indians) when they approached GSF. I asked them during one of the interview sessions how they would manage building a startup and deal with the pressures of studies at the same time. I was taken aback and I must say even a little afraid when this group of young students informed me of their decision to drop out of their final year at IIT Delhi and face the challenges and pressures of the real world at the GSF Accelerator instead. They had confronted their demons and chosen to follow their dreams.

And then at the dawn of the day, almost magically, I lost my fear, and have since started to discover the courage of life. I remembered what Joseph Campbell, author of The Hero with a Thousand Faces said, “Life is always on the edge of death…one should lack fear and have the courage of life.”

As James Joyce once said, “History has been a nightmare from which I am trying to wake”…and I realised that he best way to awake from it is not to be afraid.