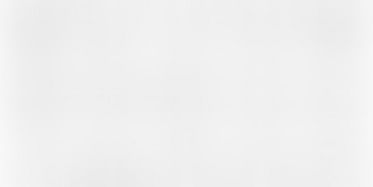 If you’re an entrepreneur, investor, journalist, or anyone related to the startup ecosystem, you cannot escape events, they’re a part and parcel of the startup life. A ‘startup event’ is typically a place where you’d meet your potential clients, investors, founders, friends and perhaps even soul mates. Having been to tons of these events which can range from demo days to mixers to meetups, these events sure are fun. Apart from some ‘rare’ value you’d find, people typically attend with an intent of networking. And while you’re traversing your way through this web of people at an event, you’ll meet each kind and trust me, you can just have a gala time observing them. Here are the five kinds of people that totally stand out:

That Lonely Man: This category is not rare because there will always be new entrants and a majority of the folks (atleast in India) don’t take an initiative. They want someone to come and talk to them. He’s the one who has toiled hard in the industry and slowly climbed the ladder but now wants to do something different but he is shy. He doesn’t know the etiquettes (which don’t really exist in the startup world) and he doesn’t know what to talk about. You’d usually find him attentively listening to all the key notes, enjoying his meal by himself and pretending to be busy on the phone. But he grows up slowly.

The ‘I-Know-it-all’ guy: This is the exact opposite of ‘That Lonely Man’. The i-know-it-all guy, as the name suggest is omniscient (and omnipresent). He’ll be there giving ‘gyan’ to everyone and seems to know everything about everything. He’s been in every possible role imaginable, from being an investor to an RJ to starting up to washing dishes. No one really knows how much of it is true but he has the answers (which usually make sense which is perhaps because no one is really sure). He’s the experienced dude with whom everyone wants to be associated.

The Queen Bee: She’s a rare breed. A woman entrepreneur in India is not what you hear everyday and whenever she makes her presence felt, people feel it. Everyone wants to talk to her, she’s the brave Rani Laxmibai who has weathered all odds and is now fighting the startup battle. All queen bees are unique themselves and have qualities which are beyond the scope of discussion over here.

The hungry tail-wagging newbie: Now this bunch is the life of an event. He has recently passed out of college or coming from a corporate background but has been outspoken. He participated in debates in school and organized events and hence he’s not ‘that lonely man’. The HTWN wants to network as much as possible and soak up everything, from the best way to acquire customers to the latest gossip in the market. He’ll have his tongue out and roam around to collect as much as he can. He’s also ready to give but only that he doesn’t have much on the plate.

The mysterious glib talker: He’s the enigmatic guy towards him everyone is drawn. He’s probably a Harvard return or something similar and his suave blazer is something that makes him stand out from the other junta. He’s a very good talker and seems to have a level head but everyone doubts his past. No one really knows what he has achieved and hence are baffled by their awe for this gentleman. And he’s not a regular, you’ll find such people at every event but they’re not the same. They still elude me.

These are the 5 major categories apart from which also you could find others on deeper scrutiny. If you’ve met a kind which is really unique, describe them to us in the comments.

Want to see for yourself? Here are all the startup events.