[Interview] Idea Hunting is as much about Behaviour as Brains! 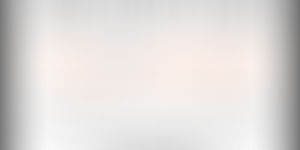 Interview with Andy Boynton and Bill Fischer, authors of “The Idea Hunters”

Andy Boynton and Bill Fischer are co-authors of the bestselling book, The Idea Hunter: How to Find the Best Ideas and Make them Happen (see my review). Andy Boynton is Dean of the Carroll School of Management at Boston College. He was previously at the International Institute for Management Development (IMD) in Lausanne, and University of North Carolina at Chapel Hill. Bill Fischer is professor at IMD in Lausanne, and has lived much of his life in Asia and Europe. He was the President and Dean of the China Europe International Business School in Shanghai.

Andy and Bill join us in this exclusive interview on innovation, idea hunting and new players in emerging economies.

YS: What were some of the unusual responses and reactions you got when your book was released?

Bill: For me, there were two “big” surprises:

1.        How easy idea-hunting seems after you speak with enough people who do it well. It’s really not about brains, but about behavior. I was surprised at how inspiring, and liberating, that message is to the audiences that I’ve worked with. Everyone can be an idea-hunter!

2.        The second big surprise for me – ironically, because we emphasize in the book that once you identify your “gig”, ideas are everywhere – is how much I’ve learned about idea-hunting since we’ve written the book. It seems as if every day I run across new material that I wish we had in the book, but I didn’t know about it at the time.

Andy: For me the surprise was how many people see the message as “true,” based on their own experiences. That they indeed often discovered ideas “out there” that led to profound innovations and results. They never thought about “idea hunting” as a behavior to engrain as they do now. The message resonates, and I agree, people find it liberating: innovation and creativity is not about IQ, it’s about behavior. “The hunt for ideas”.

YS: What do you see is the role and importance of ‘frugal’ innovation?

Just think, for example, what the nature of global competition would be if the Chinese competitors, such as Haier, Huawei, or Lenovo had been satisfied to stop dreaming with “frugal” innovation rather than pursuing world-leading innovation!

YS: Have you seen idea hunters and innovators coming from emerging economies, like India and China?

Bill and Andy: We see them in both places. I think that Idea Hunting is not a geographic or economic phenomenon, but rather the outcome of ambition, curiosity and opportunity. I think the one concession I might make to economic development stages regarding Idea Hunting is that the opportunities for commercializing such ideas might be more difficult in some emerging economies.

Bill: When we worked on the book we were not paying much attention to these sort of organizations, but what I have heard since the book has been out, is that there are examples in both these communities that are quite similar to those we used.

Andy: I don’t tweet like Bill (see below) but I don’t think more than a few days go by without getting such examples. I spent the day last week with the CEO of BJ’s – a large retail outlet in the northeast of the US — getting a tour of their entire operations and a large store. The stories of successful innovation (product and process) were filled with ideas —found elsewhere through the hunt.

I’m working with Continuum Innovation (a design consultancy) on a major project at Boston College. Idea hunting is embedded in Continuum’s “design school” methodology. The fact is, innovation is an input and output game. It’s about finding the ideas in the world around us (input) and transforming those into bold innovations (the output). Innovation and progress is not about the sole inventor thinking through things with some mystical cognitive process.

YS: What are some examples of idea hunters you came across after your book was published?

Bill: They seem to be everywhere, now that I can see them, but in particular, in December 2012, alone, I tweeted about the following Idea Hunters:

Ravi Shankar: "Call it good or bad, I love to experiment.” ‪#IdeaHunter ‪http://nyti.ms/SPThom

Be like Sherlock Holmes & "throw your mind out of action", to be more effective ‪#IdeaHunter ‪http://nyti.ms/QZ49Sl

"I don't look to jump over 7-foot bars: I look around for 1-foot bars that I can step over." Warren Buffett via ‪@ManagersDiary ‪#IdeaHunter

Dave Brubeck: "inspired by the process of improvisation rather than by its history.” ‪#IdeaHunter ‪http://nyti.ms/RC2yTY

Birth of an ‪#IdeaHunter's gig: Edwin Land's 3-year-old daughter asked why she had to wait to see her picture ‪http://nyti.ms/WZb7VG

"the ultimate task of the architect is to dream. Otherwise nothing happens.”: Oscar Niemeyer But Y only architects? ‪http://nyti.ms/YCm5a3

YS: How should innovators strike the delicate balance between ‘Stick to your vision’ and ‘Adapt to a changed world’?

Bill: A vision, whether it be for an innovator or anyone else, should always be appropriate to the world around the organization doing the innovation. If it’s not, then you have a problem. So, the two are forever coupled. I don’t see them as an “either-or” choice but rather you have to do both, and in harmony.

Bill: I have a new book titled “Reinventing Giants” to be published in April 2013. It is the story about how China’s Haier Group, the world’s leader in household appliances, grew from an essentially bankrupt collectively-owned enterprise in early 1980s, into a global power by reinventing its business model, its corporate culture, and everything else, at least three times in three decades. This is very much a story about idea hunting and the power of human talent in a large (80,000 employees) organization. We were given great access into Haier, and the book provides both conceptual and practical insights into how a BRIC contender has managed to lead with talent on the world stage.

Andy: Bill has more energy than I do! Right now I’m fulltime dean at Boston College and do some interesting consulting projects which expand my idea horizons where I’ll find great ideas. No book for me right now!

YS: What is your message to the startups and aspiring entrepreneurs in our audience?