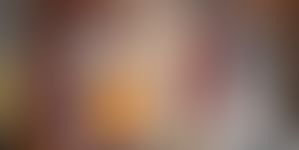 Josephine Selvaraj, a bee farmer from Vadipatti taluka of Madurai, in Tamil Nadu was presented the 20th Janki Devi Bajaj Puraskar 2012 for rural entrepreneurship by the Indian Merchants’ Chamber (IMC) Ladies’ wing on Monday evening at a function in Mumbai. The chief guest at the event was ad personality turned activist Gerson da Cunha and the guest of honour was actor Nandita Das.

Selvaraj who owns Vibis Natural Bee farm, started her venture six years ago with an investment of Rs 5,000 and 10 boxes in which bees were reared. Today not only does Selvaraj have a flourishing business, but she has helped 420 women set up honey bee farms and trained more than 50,000 people under the National Honey Mission. Selvaraj earns nearly a lakh per month from her business and supplies honey, royal jelly and honey propolis to Kerala, Tamil Nadu, Bangalore and Mumbai. 38 year-old Selvaraj is the eldest of four children. She holds a postgraduate degree in history and learnt bee-keeping from Krishi Vigyan Kendra (KVK), Madurai.

In view of the recent gang rape of a young girl from Delhi, the function observed a minute of silence in memory of the deceased victim. Darshana Doshi inaugurated the event with a welcome speech introducing the jury members who were instrumental in selecting Selvaraj as the winner.

After Doshi, Dr. Justice C.S. Dharmadhikari (Retd.) very humorously drove home the importance of being self-sufficient as a woman not just economically but also in behavior. He emphasized the need for women to break their dependency on men and create their own space at home than anywhere else.

Selvaraj then took the stage and gave a moving speech on how she made it big despite odds and the loss of her only daughter to bone cancer, followed by the death of her husband. She drowned herself in work, toiling 19 to sometimes 24 hours a day to realize her dream of having a bee farm. The ‘Queen Bee’ — as Selvaraj has been fondly christened in Tamil Nadu concluded her speech by saying, “My vision is to install bee boxes in every household in Tamil Nadu, so that many can get employment.”

Delhi rape case continued to be the focus of the evening as both da Cunha and Das spoke on the subject. da Cunha drew attention to the fact how victims of rape continue to suffer in our country long after the actual incident. He urged the IMC Ladies’ Wing to actively play a role in being the change makers and drive home the urgency to change and implement laws for women’s safety and well-being. Nandita Das in her speech also emphasised the need to change our thinking as women and rise above stereotypes.

Jankidevi Bajaj Puraskar aims to encourage and develop business entrepreneurship in rural India by recognizing outstanding contribution of women who work for rural economic development. The initiative encourages women to launch scalable and venture capital funded businesses. The award comprises of a cash award of Rs 3,00,000; a citation and a certificate.