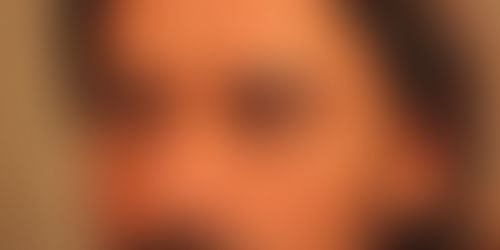 Powerful stories have the potential to create a revolution and stories of people rising from the unknown to achieve super human feats have changed many a lives. Of the innumerable examples that can be taken, one thing that you will find in these big achievers is a deep sense of humility, a genuine interest in what they do and an unquenchable thirst to

learn. Today's Techie Tuesday has all that and more. An expert at Google's Go Lang and one of the first employees at MindTree, say hello to Sathish V J.The power of the internet

Sathish doesn't show any kind of inhibition in talking about his humble beginnings. "I come from a very humble family in a small town in Kerala. From there, my interest in computers started in 1995, when my brother's friend had showed me a laptop. I'd always do something or the other on it and since then I was adamant about studying computer science. My family was a little apprehensive about it because nobody else in my family knew much about it."

From his experience, Sathish shared a story with us which confirmed to him the immense power of the internet. He reveals, "back in college, one of my seniors who'd just passed out, used to run an internet cafe right outside the college. To earn an extra buck I used to man the internet cafe for him. As a part of the job, I learnt a lot about computers there and a lot more about how the internet would affect people."

We used to keep the cafe open all night and we ran a scheme where we'd give free internet between 3 and 5 in the morning. Believe me when I tell you that the internet cafe was full at that time as well. I don't think people would have done that for food, but such unearthly hours was not even a consideration when it came to free internet! But then, surprises always come when least expected.

Sathish then went on to join MindTree after college. Being one of the earliest employees MindTree, he described the culture as very collegiate and that people would remember him more for his interest in sports than for the work he did there.

On the old timer's advantage, learning and arrogance

We asked Sathish about the advantage of being an early entrant into the software field and he reveals that there is none. "Not many people would remember that after the dot-com bust in 2001, the software industry in India almost vanished overnight. Many people had to start from scratch." He also goes on to say that being a computer engineer in this age is more advantageous. Sathish believes that he would have ended up being a much better computer engineer if he was 10 years younger. "Learning is never-ending. In engineering, there is no sitting on your butt and experience doesn't really matter as much as you think it does. In a conference, I had met this kid from BITS Pilani who was churning out dozens of quality web apps over the weekend. After 12 years of experience, I don't think I can do that even now!"

Sathish also had an interesting insight into arrogance seen among experienced people in the industry. He says, "Arrogance is a work thing. One of my seniors at MindTree, whom I thought to be arrogant was actually a really nice guy outside work. Sometimes it's good to put your foot down as being nice always gets in the way of getting work done. But yes, there are some idiots also."India Vs Valley and the Rosy Past Fallacy

Comparing the Indian technology ecosystem to that of the Valley's is now becoming a common question, but Satish's view on it makes it worth asking again. He says, "I feel the main differentiating factor between India and the Valley is that companies there invest in new technologies. We still don't have access to a car that doesn't need a driver or a computer in the form of glasses yet. Having access to all these technologies is a major contributing factor to innovation."

"Secondly, there isn't as much VC money in India as there is in the US. Money available in an ecosystem is detrimental to the kind of technology coming out of it. It's a vicious cycle."

"And thirdly, I think we are also overly critical about ourselves. It's called the Rosy Past Fallacy. We only know of the success stories that have come out of the Valley. But for every success, there have been more number of failures as well. There are so many companies that are shutting shop as we speak right now and we will never know about them. So just because we see a lot of failures in India doesn't mean that there aren't any in the Valley. There are, in fact, more ventures shutting shop in the valley than in India."

There were many more questions that we had asked him at our meeting with him at a GDG event and he politely turned them down saying that he didn't have enough data to validate his opinion. What better to expect from an engineer in the truest sense!

Check out Sathish's blog and his GoLang Tutorials.