The 7 Lessons from Bollywood movies in 2012! 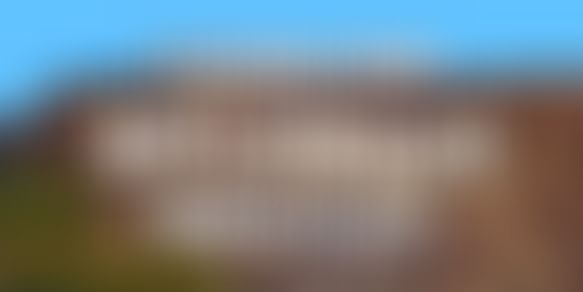 2012 was a reasonably good year for Bollywood, with a large number of Hindi movies enjoying success at the box-office and joining the Rs. 100 crore club — a new benchmark of a film’s success. This year, there were a few filmmakers who took the path less trodden and wrote bold new chapters for Bollywood. When I look back at the year gone by, I find quite a few lessons to learn from the movies, which can help us in our life and entrepreneurial journey.

1. The core ingredients of success are eternal

The more things change, the more they stay the same - Alphonse Karr

Cocktail and Jab Tak Hai Jaan were two love stories of different kinds. While Cocktail spoke about relationships in modern times, JTHJ spoke about eternal love, romance and longing in true Yash Chopra style. Though the love stories were different in nature, the success of both films went on to prove that love stories and romance will never go out of fashion in Bollywood and will always find favour among the audience. Similarly as new crop of entrepreneurs, businesses and business models emerge, which didn’t exist a decade earlier, the core ingredients to build successful businesses still remain the same. Passion, Ambition, Hard work, Ethics and Perseverance are still as critical for entrepreneurs while building lasting businesses, as they were a century ago.

2. Re-launch is a good idea

Karan Johar decided to remake his father’s film Agneepath in 2012 since the original version didn’t achieve commercial success. He believed in the product and gave it another shot. Sridevi decided to re-launch her career in 2012 with English Vinglish. Only a few thought that a film with a housewife in the lead role had a chance. Both instances proved it’s never too late to reboot your product line or your career. Also, whether it’s a story or an actor, if the quality of the product is good, it’s hard to put it down for long. If you believe in yourself, your product or a business and the initial results didn’t match your expectations, it could be a good idea to give it a fresh lease of life, with a re-launch or reboot or even a pivot. Timing is an important ingredient of the success formula and you may just get it correct the second time.

3. Innovative story telling is as important as the story

Everything has been said before, but since nobody listens we have to keep going back and begin all over again - Andre Gide

Often the way you narrate a story is as important as the story itself. Vicky Donor and OMG: Oh My God! are two films of 2012 that had a message for the society. Vicky Donor was story of sperm donation – a taboo in Indian society, and adoption; while OMG was a story about the sensitive subject of blind faith and idol worship. In both the films, the message was beautifully woven into the narration, that it didn’t seem like preaching to the audience. Corporate Social Responsibility (CSR) can be part of your organizational DNA. Some companies have built strong businesses by integrating what’s good for the community into their business models. The Tatas, Birlas and even multinationals like P&G & HUL have innovatively woven storytelling to communicate their CSR initiatives — all the while selling their wares. And, contrary to commonly held notion, it’s possible to create for-profit social businesses.

4. A remake can be a successful proposition

Hindi filmmakers have often look South for inspiration and 2012 was no different. Ajay Devgn’s Son of Sardaar was remake of Maryada Ramanna (Telugu); Rowdy Rathore a remake of Vikramarkudu (Telugu) and Bol Bachchan a remake of Gol Maal (Hindi). In business, especially in Indian startup scene, entrepreneurs have often built businesses by replicating successful business models from the West. Most travel websites are modelled on the likes of Expedia or Travelocity like Flipkart, the largest e-commerce site considers Amazon its role model. So, if you’re running short of ideas, a remake can be a viable business model. Who knows, you may end up becoming bigger than the original! In career, it’s sometimes good to follow the career path of more illustrious colleagues or seniors, which may give a good idea about where your career is headed. Even in life, having a role model is often a critical component of success.

5. A little bit of intrigue can whet the appetite

Kahaani and Talaash were two films of 2012 which were built on intrigue and suspense. Both managed to whet the appetite of audience with the right amount of intrigue and suspense in the plot, as well as promotions. If you can arouse the curiosity of potential customers about your product or impending launch event, it often acts as a good strategy to get people to test your product and builds great word of mouth publicity. Apple has almost perfected the art of building appetite among ‘Fanboys’ for its product with well timed leaks and stories before any new product launch. So, if you can create a product or business, which people are interested to know more about, it could be half the battle won in the marketplace.

6. Don't tamper with a winning formula

Ek Tha Tiger and Dabangg 2 are part of Salman Khan’s success juggernaut in 2012. It seems, no one can truly stop Salman’s dream run at the box office and the filmmakers have also realized, it’s better to give the audience what they want and not try to tweak it or ‘fix it, until it’s broken’. The Coca-Cola Company launched 'New Coke' with a new formulation in 1985, intended to replace the original. However, it was a major marketing failure and customers rejected the new product and the company had to revert to its original formula. More recently, GAP faced a huge backlash on the social media in its attempt to change the logo and had to quickly retrace its steps. Change for the sake of change may not be a good idea and unless you are sure about the fundamental reason and need for change, it’s better to not tamper with a winning formula, whether it’s a business you are running or a product’s formulation or even your career.

Barfi! and Paan Singh Tomar are two movies of 2012, as different as chalk and cheese. However, both have unlikely heroes. Barfi! was the story of a deaf and dumb hero falling in love with an autistic girl, while Paan Singh Tomar was the story of an athlete who turns into a dacoit after being betrayed by the system. In Barfi!, Ranbir Kapoor played a saviour to Priyanka’s character, and Paan Singh led a gang in the neglected sections of the society. Often, it’s difficult to conceive of heroes emerging out of ordinary people and difficult situations. However, the truth is, entrepreneurs and leaders can bloom at all places. So, if you think you have found a customer pain point which can be successfully addressed, or you think you’re ready to take on a role bigger than the current one in your job, go ahead and grab the opportunity with both hands. There’s a latent entrepreneur and leader in all of us! We just need to unleash it when the moment beckons or epiphany strikes!

These are a few of the things I learnt from my Bollywood outings in 2012. What about you?

For more on Bollywood, please check out Gomolo!