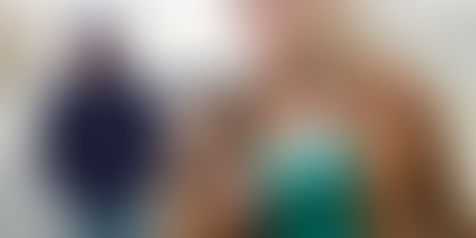 Now before you start pointing fingers and calling me a cynic, hear me out. Over the past few weeks we have got feature requests from scores of apps aiming to provide women with safety. There was a sudden upsurge of these apps on various app stores ever since the infamous Delhi incident. As gruesome as the story of Nirbhaya was, the media coverage for the mishap was unprecedented and people with great reach were talking about this. Was this a motivator for these app developers to cash in on or were they really looking to solve this problem?

To answer this, we started working backwards – what does it take for a women safety mobile app to be effective.

Now of the apps that we have received, there are some that can really work. After some rigorous testing, here are a list of Android apps that we thought were good –

Suspects Registry for Women – This is a good app with a lot of features, including integration with videos and photos. However, it lacks ease of access and requires a lot of input from the user. Lastly, this is a smartphone only app.

Sentinel – This app tackles the problem of network connectivity very well and is quite a usable app and has a loads of features.

However, it comes at a price and is smartphone only.Safetrac – An app with a special emphasis on GPS functionality of a smartphone. Again, restricted to platform and will stop working in areas of flaky network coverage and places where GPS cannot lock.

FightBack – An app from Mahindra’s Canvas M Labs, this too relies on GPS tracking and SOS SMS. Not the best app in terms of design and in definitely not the best app to use in a crisis situation according to user reviews.

These apps work and they perform the function that they say they do. Having said that, none of the apps have the all the requisites of an effective women security app, which is worrisome. What is even more worrisome is that none of these apps are easy to use. These apps haven’t been tested in a real life situation (which is a tough ask, but that is the real purpose of the app) and that shows in how difficult it is to use this app.

Rapes are not new in India. With some statistics citing the occurrence of one rape incident every 20 minutes, it is evident that it has reached epic proportions. Why this comes as a surprise is that mobility has been around for the past 10 years and smartphone penetration started 5 years ago.

If any app developer had really thought of solving this problem, a) it would have happened a long time ago and b) the app would have addressed the problem more effectively. Having said that, it is good to see something being done about this in this and we appreciate the effort

put in by these developers.The Real Reason

Media coverage for the Nirbhaya incident has been the most. The Delhi rape incident garnered a lot of media coverage, India and international. In a few hours after breaking the news, this was a national issue and every form of media. Be it internet, print, radio or TV had something or the other to say about it.

The apps that have have been covered so far come across as wanting to ride the media wave, rather than wanting to actually solve the problem. This opportunistic approach to building apps on such a sensitive topic might win hearts and minds in the early stages, but when the app fails to save a user (god forbid, but going by the usability issues on even the good apps, it is a high possibility), then the angst of that victim will be partly on the app maker.

These apps can be very useful but only when made with an approach of actually trying to solve a problem and we hope that more such apps are built, only better.

I’m quite sure that there are apps that satisfy all the criteria that are required to make a good app. Feel free to share those apps (if any) and your thoughts on this piece.