How Do You Build an International University From Scratch? Cases in India 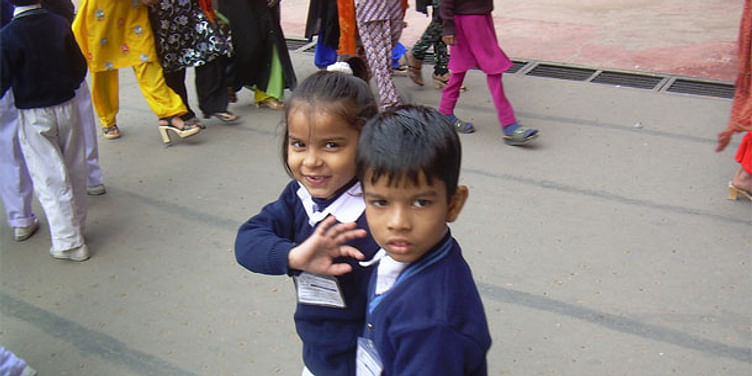 Poised to become the most populous country in the world by 2030, India is facing tremendous challenges in addressing the educational needs of its citizens. To put into context the magnitude of the educational challenge that confronts India, there are more than 370 million Indian school-age citizens (ages 6-23) representing a cohort larger than the entire population of the U.S. and three times the total population of Mexico.Considering the fertility rates in India, this number will remain unchanged for the next 40 years. By comparison, the college-age population in China will be reduced an estimated 23 percent over the same period. Currently, for each preschool student in the U.S., there are four in India, and the number of elementary education students in India is almost six times larger than in the U.S. How can India cope with such great demand? The Indian government has estimated that it will be necessary to build 1,000 new universities and 50,000 colleges by 2020 in order to accommodate expected demand. Just think about the need to build an average of 125 new universities and 6,250 new colleges per year.

Among the many universities being built in India, I will discuss two interesting cases.

A common practice in creating new higher-education institutions is to evolve bottom-up, first establishing a few undergraduate programs, and eventually, in a second stage, creating related graduate programs using a cautious incremental approach. It is an obvious formula, which, in some cases, is being challenged by a top-down approach.

One such case is the recently established Ambedkar University (AU) in Delhi. Founded five years ago by the state of Delhi, AU began offering courses in 2009, first at the graduate level and, more recently, at the undergraduate level. The first cohort of master’s degree students just graduated.

The first task that AU embarked on was to recruit a solid body of faculty, which would establish the foundations of academic programs under the principles of innovation in the curriculum design, an interdisciplinary approach, a versatile assessment system, and the sharing of high-quality faculty appointments by different schools and departments.

And they have achieved it. Today, AU’s faculty is composed of more than 80 faculty members. A great majority of them possess a doctorate degree and have full-time status.

Twenty percent have been trained abroad, 6 percent are visiting scholars from abroad, and 56 percent are women.

The academic structure of AU is made up of 10 schools, including the School of Undergraduate Studies, which offers eight different B.A. programs. It receives academic support from the remaining schools, which are more specialized and are home to graduate education and research activities.

I learned about JGU during a visit by its founding vice chancellor, Dr. C. Raj Kumar, to the University of Arizona in order to formalize an inter-institutional partnership in the areas of law and public administration. Very enthusiastically, he explained to me about this new private university established in 2009 with the vision of promoting a global dimension in all its academic programs, and its research activities. Situated near New Delhi, the capital of India, JGU has established in a relatively short period of time a variety of global collaborations with well-known institutions all over the world, which has advanced the implementation of a globally-oriented curriculum, created support initiatives attracting international students, and opened venues for JGU students to participate in a variety of study abroad opportunities. Also, JGU has established partnerships with institutions abroad aimed at establishing joint academic offerings. For instance, at the University of Arizona, plans have been outlined to establish a double-degree program to start in August 2012 allowing JGU students to obtain a J.D. degree from UA.

JGU is organized in four schools in the areas of law, business, international affairs, and education. In all academic programs, a mandatory global dimension is embedded across the curriculum. Also, an important part of the strategy for institutional development, JGU has been careful in making sure that all its 60 faculty members have been adequately prepared with regard to this global dimension and, in fact, 30 percent of the faculty has been recruited abroad. A good example of engagement from visiting faculty members is the case of Stephen P. Marks, from the Harvard School of Public Health, who helped to set up a Center for Human Rights Studies at JGU. Finally, JGU receives students from a variety of partner institutions which are engaged not only in regular academic studies, but also in service learning activities.

These universities represent very interesting and different ways to address soaring demand for higher education in a globalized world. Each of them has privileged certain activities as a central part of its internationalization strategy. AiU in Malaysia has focused on creating a true international cohort of students, while AU in India has emphasized the establishment of an internationally oriented faculty body and the development of graduate programs in support of undergraduate education, and JGU has devoted its efforts to creating an internationally oriented curriculum. This confirms that there is no one single magic formula recommended for internationalizing an institution, since all depends on each particular case and the needs identified from within. It will be fascinating to follow their evolution in the years ahead, specifically the ways in which they are able to innovate considering their divergent organizational foundations.

If you have a great idea and need a platform to showcase, please submit your idea for Spark The Rise- and get your project funded.

This article was originally published here in English, and in Spanish by the Chronicle of Higher Education.

Francisco Marmolejo is the Executive Director of the Consortium for North American Higher Education Collaboration (CONAHEC), a network of more than 130 colleges and universities primarily from Canada, the U.S. and Mexico. Francisco also serves as Assistant Vice President for Western Hemispheric Programs at the University of Arizona and has taught at several universities and has published extensively on administration and internationalization. Marmolejo has consulted for universities and governments in different parts of the world, and has been part of OECD and World Bank peer review teams conducting evaluations of higher education in Europe, Latin America and Asia.