Numbers and insights from comScore on the Indian eCommerce Industry 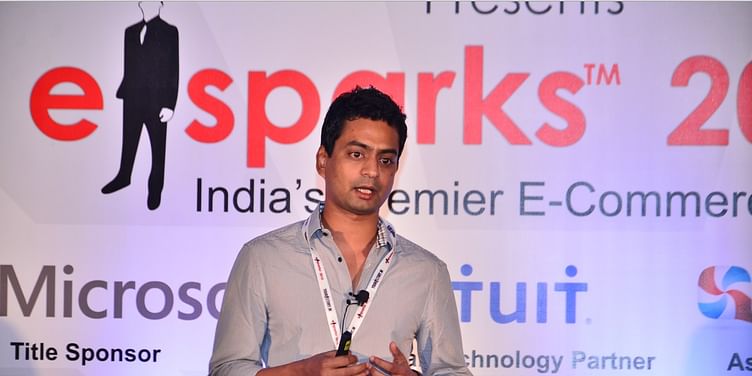 In this day and age of information where data is king, opinions and feelings have no place if data disagrees with them. Because data is absolute. On Saturday, February 16, at YourStory.in’s eSparks event, world’s premier business intelligence provider, comScore’s India director, Kedar Gavane de-mystified the eCommerce space in India with the help of data. Kedar’s talk had some interesting facts and numbers about the state of eCommerce in India. Here’s a snapshot -

India, the fastest growing eCommerce market in the world

Kedar revealed that India has leap-frogged Brazil and Russia to become the fifth largest eCommerce market in the world, behind China, Japan, Germany and USA. As of December 2012, India had 44 million online retail visitors which is only 62% reach of e-commerce among online users. The worldwide average is around 73%.

75% of India’s eCommerce users are below the age of 35. More number of transactors fall in the 35 - 44 age group. The younger

segments, which is anybody below the age of 35 are the dominant population in the Indian online space. These younger users interact more with the site and post reviews about products, engage with these companies on social media and such. Kedar said there is also an increase in visitor loyalty - the Indian eCommerce user makes six visits a month to an eCommerce site. Off which 60% users are men and 40% women, which is consistent across all categories of products.Entry points - where do eCommerce users come from?

In his presentation, Kedar shared that over 95% of eCommerce come from social media portals. The second largest source for eCommerce users is search. Other popular sources among eCommerce users include entertainment sites, news sites, e-mail and jobs sites.

Payments - the preferred means and the future

The next most preferred payment method is through debit/credit cards(Visa - 11% and MasterCard - 18%), followed direct debit and net banking. Kedar also pointed out that COD is on the decline and more customers are taking to debit/credit card transactions and 2013 could be the year when the skews change.

COD was the catalyst that gave a boost to the Indian eCommerce market. And as the industry matures in metros, COD may open opportunities for companies to tap customers in Tier 2 and Tier 3 cities. In Tier 1 cities adoption of online methods of payments can improve, provided the payment systems are made more reliable and penetration of credit/debit cards increase.Winning categories now and for the future

Consumer electronics is the most successful eCommerce category in India and because of the nature of products, comparison shopping has also seen an upsurge in the recent past. Fast on its heels, is the fashion category. Apparel as a sub-category has seen the highest growth across all eCommerce categories - a whopping 208%, said Kedar. Other categories like home furnishing, healthcare and movie ticketing are all potential winners in the near future, which have seen a 100% growth last year alone.

On the basis of unique visitors Jabong, Amazon, Flipkart, Myntra and Indiatimes shopping are the Top 5 eCommerce sites in India. Each record over 5 million unique visitors per month, with Jabong leading the pack at 11.6 million followed by Flipkart and Amazon with 10.7 million each. Collectively, these five e-tailers cater to 26 million online shoppers, more than a half of total number of online eCommerce visitors in India alone.

Kedar concluded his session saying eCommerce leaders in India mainly belong to the electronics and apparel and the Top 5 are horizontal players, who have offerings across categories. Aggressive marketing and category expansion have also been important pillars of growth of these players.