A platform to allow patients to consult with specialist doctors online: DoctorSpring 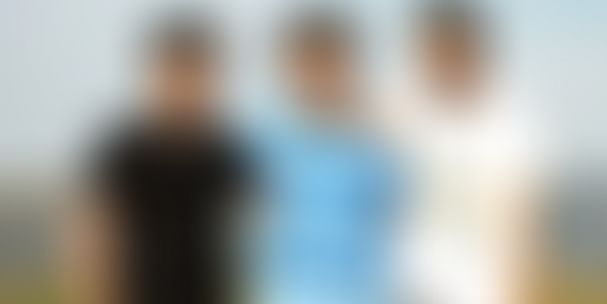 Compared to the earlier days, people in more aware and cautious about their health today. And there sometimes it’s hard not to be paranoid about certain health niggles. Where technology is making life simple across the spectrum, healthcare has gained immensely by the convenience it offers.

DoctorSpring is one such online healthcare initiative, which is using technology to bring closer a host of specialised doctors who can be consulted by anyone in the globe. The doctors have one-on-one dialogue with patients to answer medical queries, give opinions, second opinions, and evidence based recommendations on various health issues.Founded by a doctor and two techies, the venture has been taking shape over the last year and was launched in October 2012. Deepu Sebin is an Internal Medicine Specialist and Neurology expert who left his practice and is now fully devoted to DoctorSpring along with Satya Parija and Gurlivleen Singh both graduates from NIT Karnataka . The techie duo have previously founded NewDigm, a social venture which develops mobile based clinical decision support tools for Govt. of Tamil Nadu and other organisations.

Deepu met the Satya and Gurlivleen during one of the projects of NewDigm and finding complementary skill-sets and an aligned vision, they started up DoctorSpring from Chennai. Bootstrapped till now, the platform has more than 120 doctors from India and US in over 40 specialities who cater to the patients who ask questions. “We have specific focus areas like sexual health, spine diseases and dermatology in the form of an online clinic. Cost effectiveness and quick replies are our value propositions for the user,” says Deepu. The service is mainly used by patients in cases when they have got the tests done or want a second opinion which means that a physical interaction is not necessary.

DoctorSpring’s focus on the global market would be of greater value to patients in the US, where getting an access to doctors is rather difficult. They find competition in companies like the Accel backed HeathCare Magic which also offer services via video. Such services are also available in the US but Indian companies stand a chance of success because of the access to the doctor pool in India who provide the services at cheaper rates. Currently DoctorSpring only allows an email interaction and charges pay $25 for specialist MDs opinion, $9 for a GP consultation. DoctorSpring splits the revenues with doctor’s and work on a pay per consultation model. DoctorSpring provides clinical case analysis services too which is another .

The idea has been tried before and Deepu also concurs: “The idea is a no brainer, because there is a big need. But it all comes down to execution.” DoctorSpring relies heavily on providing useful content to attract potentials. Its has worked well so far, Doctorspring on an average does around 20 consultations per day, of which 90% are international customers. Apart from the three co-founders, DoctorSpring has five more employees who are doctors and content creators.

The website wants to increase the number of specialists on the portal and are working to make the site more comprehensive. The team is also exploring various partnership like the one with Mindhelix Technologies at Startup Village, Kochi to develop a clinical case journal mobile app exclusively for doctors. The beta version of the app is expected by mid- April.

Check out the other startup stories in the medical field: