Indian Product Companies! Proudly wear the ‘Made In India’ Tag 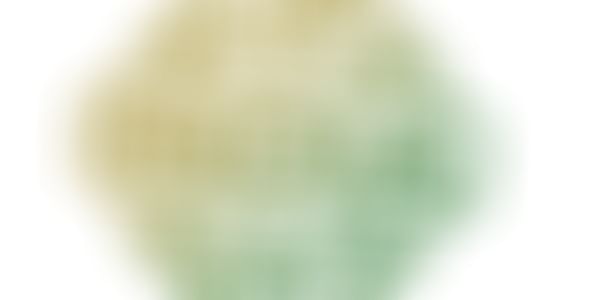 Over the last few years, we've seen some great software products built out of India. However, companies still shy away from displaying the 'Made in India' tag. Many successful (and aspiring) companies open a US satellite office to ensure clients they are international. That worked great for the outsourcing model, but is hardly a criteria for success when you’re building software products. But yet, firms persist, almost as if there is a bias that Indian products are inferior. This, when a reported 40% of founders or startup employees in the Silicon Valley are of Indian origin.

Why is this so?

A popular answer to this lies in India’s colonial history, where Indians were expected to be second rung citizens. After independence, the government’s controlled economy plans and protectionist stance bespoke an underlying fear - we may not be good enough to compete with the world.

That changed with the liberalization policies in the early nineties. In the following two decades, India became an outsourcing powerhouse as it built up armies of software engineers and managers to handle accounts for western companies. This, however, creates a deeper fear:

if businesses stop outsourcing, everyone will lose their jobs.

The West was seen as the provider of opportunities, and hence a natural bias developed to keep these outsourcing companies and their management happy.

A late start to the product story

Though there’s much excitement about the Indian startup ecosystem, it is still a relatively recent phenomenon. India has seen several false starts in terms of technology and startups, has always been catching up. The Valley is a huge aspiration and everything Valley seems to be glorious. Few companies try to pick an uncharted path. Many try building imitation products; which is not necessarily a bad thing.

Dave McClure, in a Geeks On a Plane session in Bangalore had this to say: “it’s just been like a decade since you guys really started, it’s not bad at all!”

That said, Indian companies have ambition of scaling to heights you read about Silicon Valley giants despite the late start.

The Indian IT services industry has matured and so have the new crop of entrepreneurs. Recent reports have indicated high attrition rates at MNCs in India. Indian engineers are becoming aspirational and local success stories like MakeMyTrip, JustDial, InMobi and Naukri triggered a new wave of entrepreneurship. People are building products that can impact at scale and are not afraid about thinking global.

For many, India is still fighting the perception that it is a third world country.

“There have been cases when I’m talking to a potential foreign client and the person on the line hears sounds of a mooing cow although I’m sitting in the best area of Bangalore! But what the other person might think is that he’s being sold a technology product from the interiors of some village.”

This led him to shift base closer to the clients.

When it comes to problem solving skills and quality of products, there is a growing chorus in Silicon Valley who feel the Indian startup scene has matured. However, growing business from India can still be tough.

Many companies try working around this: Project your company as a company with a sales office in the US and a technology office in India.

Or better still as Anuj Garg of Inscripts Software, a Mumbai based company who have clients in over a 100 countries says, “It’s best to have your company registered in the US with a sales team sitting there and the technology backend in India.”

Patrick McKenzie, an expert in ‘online distribution’ mentions, stating the place where the product is built from helps in creating a lot of trust:

Wolfgang Bergthaler, an investor from Austria, who has stayed for long periods in India says, “It is a double edged sword. Some people might be reluctant to buy from developing countries. Personally, I always prefer companies that are completely transparent. I wouldn’t transact if I don’t know where a company is from.”

How do we break out of this perception? Post World War II, Japan faced a similar identity crisis. For a long time, it was known for building cheap stuff, much like what the world perceives India to be today. Firms like Sony (setup in 1946 by Akio Morita) played a huge role in changing the way the world looked at Japan. With significant advancements in the field of electronics, it went on to become the first company to be listed on the NYSE. Following the example set up Sony, a host of other Japanese companies improved their quality and contributed in changing the perception that the world had about Japan.

We may see a similar case with Indian product companies. Over the last few years, several Indian firms have launched global tech products like Zoho, FreshDesk, FusionChart, InterviewStreet, Visual Website Optimizer, OrangeScape, and many more (check out YourStory Pages). We could all be part of the image change by claiming: “We’re Indian! We can build great products. And we’re here to stay!”

Pankaj Jain, India Partner of 500 startups sums it up well. “Be Indian. Be proud! Be open, honest and transparent. It might be slightly tougher in the short run but you will build credibility and that will go a long way.”

- By Jubin Mehta and Shrinath V