Warning! Working for a start-up could make you unfit for the rest of the world (in good ways) 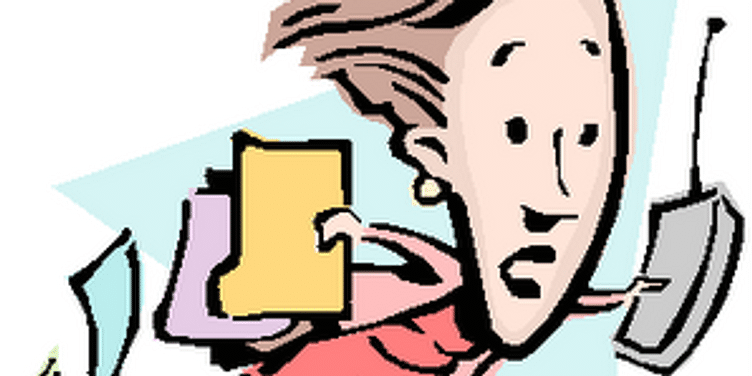 After a year, when I was looking for a job in Bangalore, distributing my profile as a pamphlet to every company, I happened to cross Impulsesoft and thought of trying KAS. Like many of my ideas to a job, it worked. I started my career with Impulsesoft in August 2003. At that time they were the real bleeding-edge company working on Bluetooth products so futuristic that I went crazy explaining to people what I was working on. As a software tester, I felt like Mr Q of James Bond movies, testing products that future James Bond would use. They had rented out a big bungalow in JP Nagar, Bangalore and housed some 30-40 people. Mostly from IIT and IISc as developers and it didn’t matter where the testers came from although they needed to be good. I was their test consultant.

There was so much action in Impulsesoft that everybody loved every bit of it. I am sure everybody felt elite working with Impulsesoft. Several years later they were acquired by Sirf Technologies and ended up losing the focus on Bluetooth products. Many people who worked for Impulsesoft came out and what happened after that is history.

By 2010, the co-founders of Impulsesoft, KAS, Srividya and Bhaskar started new, this time, Amagi – a venture in advertising. They have grown it much larger than what I could see Impulsesoft to have grown. Impulsesoft CEO, Sri Krishna and Engineering Head, Rajagopal started another company called Zebu group, a business that consults companies on growth and scale. A senior cool developer, who was the hardware architect and marketing swordsman, Yogesh Kamat, Sudhakar and Srinivasan teamed up together to co-found a company called Amber Root Systems, that focuses on embedded products. Mayank Sharma founded and co-founded many companies, Revu and Onze being the most popular among them. Well, ahoy, I co-founded Moolya Software Testing Private Limited. And there could be more stories like this that emerged out of the Impulsesoft gene.

What about those who did not do their own start-ups?

The other side of story is equally interesting. Many who did not start-up after that, preferred to work for a start-up than a slow paced, large process driven CMMi company. Some among them are thinking about starting-up and building funds. So, we may see more start-ups from the gene of Impulsesoft.

The pace of startups

The big question that may come to your mind is why do these people feel unfit for the rest of the world?

Money and Job, at what cost?

I made myself unfit to work with people who didn’t want to move fast. So much that I was fired in Motorola for not being as slow as they wanted me to be. I didn’t follow the Six (Sick) Sigma and ensure 98% of test cases passes instead I found so many bugs that it threatened their release. At Impulsesoft, I needed to find plenty of bugs before they take a reference design to potential customers. At other companies, I needed to produce documentation than finding bugs. Even the documentation was all about filling in templates. I could not do it. I would rather quit than to do that kind of work. I have indeed quit my job several times, with no job in hand. I didn’t care about money; I cared for the quality of work I do, so much that it got me bankrupt, more than twice :)

Does that suffice to start-up?

Indirectly, what I was doing, taught me courage and making decisions that are bold. I also learnt what it means to take responsibility of consequences of my decision. Well, don't think of my father as a rich man supporting all that I did. He did support me, but not always with money. I learned to live a life with no money. I have a life style that is adaptive to the money in hand. I know to switch between Single Malt 21 year old Whiskey to Old Monk Rum without compromising my happiness or my health :) Congratulations! I made myself so much fit to found a company of my own.

Are we done yet?

Well, I thought so. Starting-up to do what? Just to get rid of the world? The start-ups I worked for or was inspired by, were all set to change the world in some good way. I saw plenty of people like me complaining about the way software testing is being done in the world. I wanted to move out of complaining to taking ownership of the problem and solving it. I wanted to build a company that stands for creative testing and brings respect to the community of software testers.

There is an interesting connection to Impulsesoft again on how I took up this mission. Two incidents made me recognize what could be the purpose of my life. One – a book lying on a swing in Impulsesoft titled ‘The Macintosh Way’ by Guy Kawasaki. I read the entire book and was deeply inspired by Apple and the way Guy Kawasaki described how products were shaped. Second - I found two mentors, real awesome ones - Ravi Joshi and Sridhar Krishnamurthy. These people helped me recognize that there are problems of the world that people aren’t picking and solving. Mostly because they fear the work it demands, fear to learn the skills to do it, lack the courage or fear failure. I felt enlightened. My mentors were awesome. They never said, “Do this, you will earn money” The only times where they talked about money was when they asked me how much do I need, whenever I told them I had ran out of money ;)

Starting a company means you do things with people, not all alone. If the people who join you do not have the same blood group, S+ as you have, they are going to feel lost or runaway after some time. So the finest of the things I have done in my journey of working with large companies is to identify who were as frustrated as me and who was as bold as me.

Today we work together. Someday, they all will have their own start-up. I hope Moolya helps in springing up new start-ups in future because people who work in Moolya are getting unfit to work with companies who are slow, stuck and allowing process to kill them.

On a concluding note. I would thank Impulsesoft for changing my life and many others whose life is changing through my start-up and other startups. Oh, by the way, Moolya is changing the world, one customer at a time. As a side note: Read this story on why and how we are helping the eco-system of start-ups. We dare to do things that nobody does. Our scale depends on how much we change the world. We started with $250 in the bank in December 2010 and this financial year, we are 8 bits shy of million dollar revenues but money is a side effect of our true achievement. Go Moolya!

Why nurturing healthy skepticism can be good for you