Ecommerce Retailer Juvalia & You, Shows How Direct Selling Still Makes a Difference in a Wired World 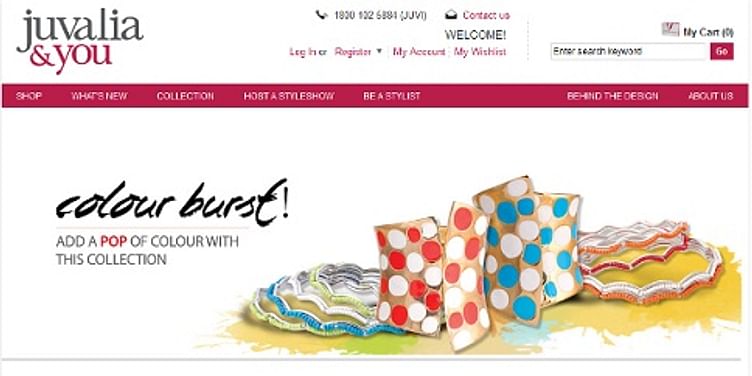 Last week when the bullion markets dipped a notch, many Indian women must have secretly rejoiced and maybe a few even booked that necklace or earring she had her heart on. But for those who don’t like the real thing, imitation and semi-precious jewellery have been proven delightful. Online jewellery store Juvalia & You, a recent entrant in the eCommerce space, has managed to deck up many Indian women over its nine months of existence.Next month, the venture plans to add fashion accessories like clutches, belts and handbags to its offerings. Juvalia & You uses direct selling and multi-level-marketing model, apart from eCommerce to reach its customers. Chaitanya Agarwal, CEO, Juvalia & You says the growth story has been very good since launch, and is mostly coming from small towns and Tier 2 &3 cities. Juvalia & You employs stylists, a team of direct selling agents which currently stands at 20,000 members to sell jewellery in small towns. These people are the real stars of the venture who sell jewellery to even far off places like Mehsana in Gujarat or Barrett in Punjab.

According to The Gem & Jewellery Export Promotion Council and KPMG, the global jewellery industry has the potential to grow to USD 280 billion by 2015. In India, the gems and jewellery industry has been growing at a good pace and it accounted for 14% of India’s total merchandise exports in 2011-2012. The gems and jewellery industry in recent times has witnessed several organized players entering the scene. The rise in spending capability of Indian consumer has made this sector a lucrative business to be in and Juvalia & You have been one of the beneficiaries.

Since its inception the venture has entered markets like Delhi & NCR, Punjab, Maharashtra, Gujarat and now North East markets. With its new range of products, Juvalia is also plans to enter UP, Tamil Nadu, Karnataka and Andhra Pradesh over the next quarter. “Customers who buy from small towns also watch the same movies and TV shows that we see and have similar aspirations to own good looking products. While people in metros can walk across to malls and shops to purchase such jewellery, people in the small towns don’t have access to much options,” explains Chaitanya about the opportunity. He says customers of Juvalia & You are in the age bracket of 18-40 years and an average order size by their customers fall between Rs 1200 – 1500.

With its new variants, Juvalia aims to further cement its share in consumer minds. And to supplement the effort, they will be launching a multi-media campaign across TV, print and online to improve brand awareness and recall. The venture is already a big spender on below-the-line activities and currently invests about 70% of its marketing budgets in that space. A favourite format of below-the-line activity followed by Juvalia & You is Style Shows, which is basically a show and tell event, where products of Juvalia & You are showcased in public places like restaurants, clubs or offices to spread awareness about the brand as well as the opportunity of direct selling that exists with Juvalia & You.

When asked what targets he has set for the venture, Chaitanya refused to share any numbers, but says he is confident of double-digit growth in the months ahead.