Envisioning a radical shift in how we look at ‘learning’: Tabtor ties up with Japanese giant, Kadokawa Shoten 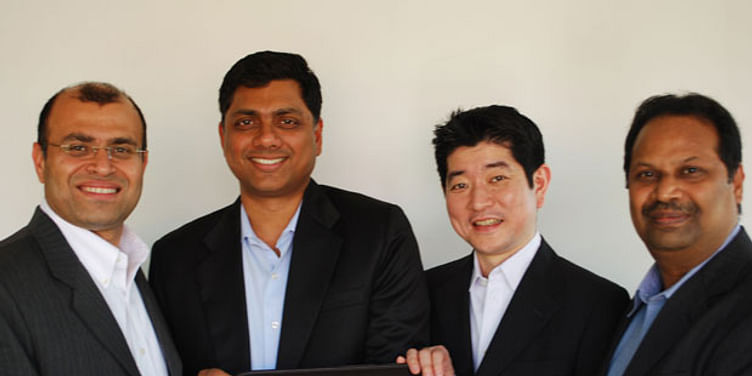 Education as an industry is seeing some massive restructuring and the revelation that education is being imparted the same way as it was done decades ago has created some turbulence. The rate at which other things are changing has not been reflected in education and people are now making efforts to shake things up. A proponent in this shift is the duo - Raj Valli and Sundi Natarajan.Raj is the founder and CEO of a tablet based learning company PrazAs which has developed the platform, Tabtor. Raj has served as VP of Marketing (CMO) and Head of Business Development for WABCO Holdings inc. and has 17+ years of experience in K-12 education space. Starting up to make a change in the education space, Sundi Natarajan soon joined him. Sundi is a technology entrepreneur and an investor with over two decades of experience and he heads the India Operations.

What’s the radical shift all about?

While solving a problem, a student reaches from point A to point B and what is measured is the state at the point A and state at point B. The ability of a student arriving to a solution is judged only by the final answer. There is no track of the path s/he took.

What Tabtor wants to change is this very mindset. Tabtor as a platform will give the intelligence to a teacher exactly how a student arrived at an answer. Parameters like writing velocity, number of times the eraser is used, scribbles, etc. are all tracked and what a teacher gets is indepth analysis of where a student is going wrong.

The solution is completely tablet based and what a student writes is captured in the form of layers. A teachers input is also as a layer and there is no physical exchange of documents, physical or electronic (PDFs, Word docs, etc). “The problem was that even when education was shifted online, the essence remained the same. Individual documents were being exchanged,” says Raj. This is the solution that Tabtor has developed and the platform allows students and teachers to come and work on the same page.

In a regular situation, when the answer sheets are handed over to a teacher, she has absolutely no intelligence. Tabtor gives the power to the teachers and helps her analyze the performance of students. “The teacher can now first help the students that need it the most,” says Raj. A lot of non-teaching time is also saved for the teacher.

Tabtor has today also announced a partnership with Japan based Kadokawa Shoten to make tablet based learning as a fun-filled and engaging experience. As part of this agreement Kadokawa Shoten, well known as creator of manga comics, video games and movies, will be working with Tabtorʼs tablet based learning platform, currently available on iPads and available to consumers to offer a combined learning and gaming experience to K-12 students.

“The idea is to gamify the whole learning experience and we’re talking about some really intensely engaging gaming,” says Raj filled with excitement. Close to a 20 member team, working from offices in New Jersey (HQ), Bangalore, and Chennai, the gaming expertize coming from Kadokawa will help Tabtor further strengthen their proposition. “We’re entering the Indian space for the first time as we see an upcoming market here and the area in which Tabtor is inline with our vision,” says Hiroyuki Watanabe, General Manager of Kadokawa Shoten.

Tabtor has been built with a pervasive intent of scale .Strongly relying on the penetration of tablets, Raj and team believe that the platform will be used by educational institutes at scale. Pilots are on at some of the school chains in India and US currently with close to a thousand students using it. “The feedback we’ve received from teachers is encouraging and 40-50% increase in learning has been reported,” says Sundi.

Tabtor is positioned as a B2C product in the US while selling to schools is the focus in India. The pricing is still evolving but the management team is very optimistic about the growth. Tabtor is also in talks to close a round of investment to put the foot on the accelerator.

A great technology and certainly a strong value proposition, Tabtor might take time to attain scale in India. Adoption of such a technology in high end private schools will be quick but if you’re talking about scale in terms of lakhs of students using the platform in India, the thought is a bit too optimistic at the moment. Tablets and mobiles are becoming widespread but the current state of education in India is a bit far away for Tabtor to act as a bridge right away. But the developed world, and high end schools in India (which are also plenty) will certainly to have solutions like Tabtor.

Going forward, PrazAs intends to deploy the solution to other fields of learning as well.