A bunch of geeks fighting the odds; HopOn will try making Car Pooling work giving it the Real Time twist 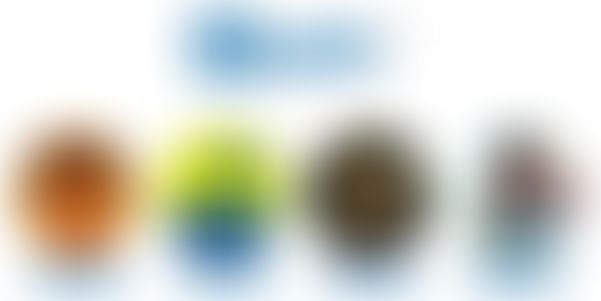 Entrepreneurs are a stubborn lot. If something is broken, they'll try fixing it till their last breath. Car Pooling is one such problem. Everyone wonders why it hasn't become a way of life by now? Critiques have given their answers- The problem is too complex, there are too many variables and talking of India, owning and driving a car is a status thing, they don't want some random dude sitting in their car. But in spite of doubts, car pooling should work!

Many have tried it, Zinghopper, RidingO (and I'm sure there are more) are trying to tackle it in India and how far they've been successful, only time would tell.

Years of toil and partners in crime- Meet the geeks

Vishwas Jayarama, Kishore Kumaraswamy, Rajath Raman and Arvind Krishnaswamy met each other during High School in Bangalore and share a common passion - to solve problems which the common man is facing with the use of technology. "We call it social innovation," says Vishwas. All four chose to pursue their respective curriculum interest back in 2007 (from reputed colleges from across the globe) and focused on learning tools towards building a technologically advanced company from India. The time was finally right in late 2011 and thus came in existence Creshya Technologies.

They came together and the first problem which they've chosen to meet head on is car pooling. The solution is HopOn.

Like any carpooling - you can either be a ride giver or passenger. "All one needs to do is to pull out a smartphone and let us know where you are going and relax. Our algorithm finds a ride match for you in real time," explains Vishwas.

Now, to the problems

a) Safety for users

HopOn works closely with Bangalore Traffic Police, and does a background verification and authenticates user identity before one can post a ride. All rides are tracked in real time using GPS which will help in case of emergencies.

HopOn has made this online. It's like a prepaid mobile phone account where you recharge and account gets debited if you are a passenger or credited if you are a ride giver at the end of ride. Users can buy credits from HopOn. At the end of each ride, equivalent HopOn credits get debited from the Ride Seeker and credited to the Ride Giver. Hopon Credits can then be redeemed in numerous ways - to book rail ticket, bus, air ,movie tickets and mobile recharge or simply get a cash card.

c) This won't work in India

It's a cultural thing. People in India don't want people sharing their car, it's their car! Well, HopOn doesn't argue with this explanation but says that the concept hasn't caught up because a good enough solution hasn't been provided.

The likes of iCarpool, Lyft, and BlaBlaCar in the US and Europe are all heavily VC funded and trying to provide a similar solution but even those haven't really picked up due to reasons ranging from the absence of a central system to identify users to unoptimized pricing models. And for India, this group of techies feel that the solution needs to be highly modified.

How will they make money?

The revenue model is pretty straight forward where users recharge their accounts just like a mobile phone for which HopOn has a Credit Point System in place. A passenger's (ride seeker) account gets debited based on the distance traveled and credited to driver's account (ride giver) - just after the end of ride. Everything happens via cloud based system HopOn follows a flat pricing no non-sense model by charging Rs 5/Km/Passenger and credit Rs 4/Km/Passenger. The difference of Rs 1/Km/Passenger amount goes to HopOn.

"We are not motivated by money factor but a true passion to make this work and relieve our city roads from traffic," says Vishwas and you can feel the intent when you talk with Vishwas.

So, when's the launch?

One can sign up for the service and the HopOn app will be launched in May. Currently focusing on Bangalore, the team hopes to have a good number of sign ups before launch so that the odds are in their favour when they kick off.

The future of HopOn can only be speculated but one thing is for sure, Creshya Technologies will be one technology product company to look out for.