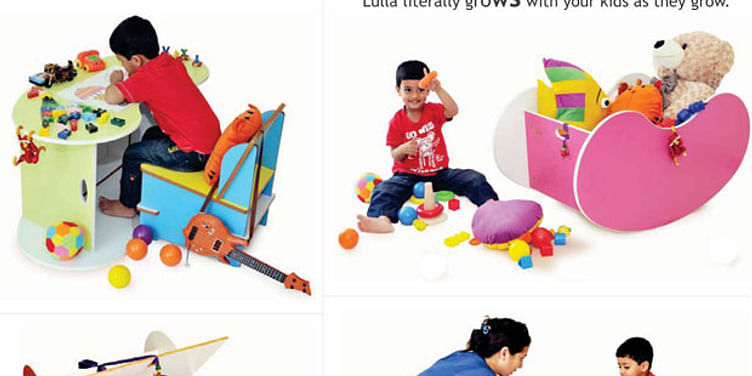 OCradle has been founded by Rahul Bhatt and Rahul Jain, both alumni of IIT Guwhati. While Bhatt studied design and has had stints with IBM and Proteans before he co-founded Utile Software Solutions. Jain finished his Mechanical Engineering and worked with a host of start-ups, including VizExperts, a defence software segment where he headed the graphics teams and business development.

Their intention is simple, to bring about a change in the way kids' furniture is perceived and made in India. "There is a dearth of innovation in the furniture world of India and this is something which is not greatly accepted by the urban, young population of the country," said Bhatt, elaborating on the idea behind OCradle.

Speaking about the ideology, Bhatt says "we are bullish on producing 'only those designs' that could delight both the parents and the kids alike, with their creative quotient, multi-functional aspects and safety parameters." Bhatt insists that unless their designs are engaging, thought-provoking and aesthetically appealing, they would never hit the market.

For instance, the current focus of the company, the cradle 'lulla', which is the first piece of furniture that kids 'need'. Cradle lulla has a forward rocking motion, which according to Bhatt, is attune with scientific research which suggest that such motion is the most comfortable for babies. Lulla’s multifunctionality function includes an in-built storage space and it can be remodelled and converted into a table as the kid grows up. OCradle was showcased live during the YourStory event e-sparks 2013 and the duo Bhatt and Jain were one of the winners.

The company is based in Bangalore and are looking at expanding their team both on the design and marketing front. They are also looking at raising capital and are currently in talks with a few investors.

Furniture no doubt is an integral part of 'doing up a kiddie room' and so long as that trend continues, OCradle can aspire to realise their dream of becoming the default brand name in everything that is related to kids and creativity and engagement.