An eCommerce story with a big heart: Startup MATOS 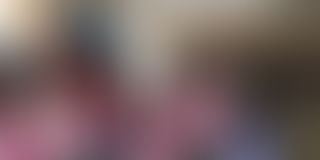 As Indians, we’ve always had a deep sense of gratitude ingrained in us. We usually give something back to our benefactor, or to someone needful. And, though earlier this was just a belief that I had, recently it was reaffirmed. And this sense of kindness is an integral part of the business model upon which startup MATOS has been built.

MATOS, an acronym for Matter To Someone, was started by Samay Mehta, a first time entrepreneur. Right from the start, Samay built the brand reining in the social angle by introducing his startup as a "socially conscious lifestyle" brand. MATOS products have been conceived as a tribute to timeless classic styles with a pop of color -- but always upholding the tenets of MATOS.

The website currently sells indigenously designed and animal friendly shoes. MATOS has partnered with Loudfoot, that showcases graphic art on alternate mediums.With Loudfoot, the idea is to create designs that appeal to the masses. For every limited edition LoudFoot x MATOS shoe purchased, Matos donates art supplies to an organisation that helps underprivileged children realise their artistic potential. Each and every design of the artist’s collection is conceptualised by the creative director at LoudFoot, Himay Kumbhani.

With every product purchased, MATOS donates a learning-kit to an underprivileged child on the buyer's behalf. Each learning kit is specific to the school it is donated to. The kit comprises of a school bag, stationery and supplies, and textbooks that aid in the learning process for children. For this, MATOS has partnered with Kokuyo-Camlin, India’s largest stationery brand, and S.Chand Publications, one of India’s most well known publishers.

The footwear and related segments have been explored by a lot of startups. In the States, Zappos is one of the leading players, and Matos has a similar starting up story with the Zappos Founder Nick Swinmurn, who started initially with designer shoes. Back home, in India, we have MINK, a young startup by two girls from Chennai, that sells custom designed footwear. In May, last year, Italian footwear and accessories retailer Salt ‘n’ Pepper launched in India. The footwear maintenance business has also found the internet as its home, with startups like TheShoeMen, ShoeLaundry, and TheShoeSpa entering the business.

Samay is planning to introduce an artists’ collection of designer shoes in the near future, along with designer umbrellas! Seems like women will have to wait for some time before they can try a MATOS product.

Every purchase on MATOS, says Samay, will include three smiles; one on your face, one on our face and one on the face of the child who we help!