[Entrepreneur at Heart] How Deepa Bachu and Co. lead Fasal at Intuit 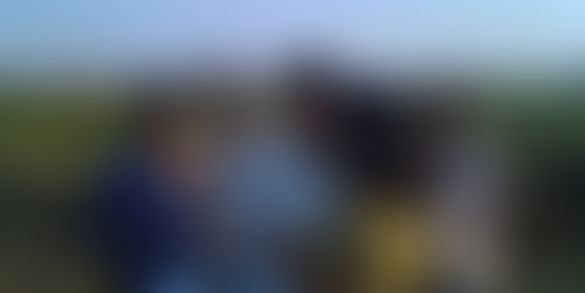 Most startups are lean, but if we were to find lean corporates, the first company that would come to mind is Intuit. This $4 billion corpus is run by all but 8000 people all around the world. To give you a sense of scale, Infosys is a $7 billion dollar company with a 155,000 employees (you do the math ). This is a company run by entrepreneurs at heart and every project that they work on is treated

like a startup.We were invited to Intuit's office in Bangalore for a conversation about Intuit's first India only offering, Fasal. It is an SMS based platform that provides farmers with reliable and real time wholesale market prices. Since its launch, Fasal has helped more than 1.5 million farmers across 3 states. Deepa and Preetam Kajal, who leads sales for Fasal, walked us through their journey with Fasal. And whichever way you look at it, it was fascinating.

Identifying problems and choosing what to solve

Like any startup, the thought process behind launching Fasal was backed by sound research. Deepa shared that the team in India went about conducting a series of experiments to see the business viability of solving that problem. She said, "We conducted about 11 experiments of which 3 were very successful. One of them was centered around providing information to farmers. Initially we were thinking about providing information like what to plant at what time, along with information about market price. However, the former would have required agricultural specialist, so we scrapped the idea."

Since then Deepa and Preetam have led grass root level marketing campaigns in many tier two and tier three towns across Karnataka, Andhra Pradesh and Gujarat. The efforts were mainly a group of salespeople going from town to town, speaking and educating village heads and the middle men at the vegetable markets of the benefits of the system. Deepa says, "We started with as many as 15 farmers, of whom 12 went on to use it extensively."

Any product that addresses a big market need has virality built into it, and Fasal is addressing one of the biggest pain points of the Indian economy. Deepa says, "A lot of times, farmers would pick going to a middle man, over us, and he would give them a better price than us. But after negotiations, the price which he buys it for is much lesser than what we offered." By providing this information to farmers, Deepa believes that Fasal is a truly game changing product as it directly impacts the financial status of a farmer.

Of course, Fasal met with its fair share of resistance. Deepa shared that many of Intuit's evangelists were roughed up while trying to promote the product at the markets and to the farmers. However, they came around, and now the users of Fasal are referring the product to farmers and middle men from other states.

When asked if Fasal was aimed at eliminating the middle men, Deepa says, "Not really. In fact in some cases, you really need middle men. For example, they would know of hotels who can buy broken carrots, which a vegetable market won't buy. We want to work with them actually, but only the good ones."

Check out this video to know more about Fasal -

Fasal is seeing great traction and through sheer word of mouth, Intuit is having to deal with inbound requests from many other states. However, expansion isn't their current priority. Deepa says, "The focus in the next couple of months is going to about monetizing Fasal. And we're going to have to figure out a non user paid model for it."

This again is derived from an experiment. Deepa says, "We conducted a survey asking the

farmers if they would pay for Fasal's services, and over 40% said that they would. Now this was really encouraging, but when it actually came to paying, only 2% of the sample size paid. But if you look at it, most big guys like Google or Facebook, don't require users to pay for usage."

Deepa believes that through Fasal, there is a lot of specific data that Intuit can offer to organization targeting rural markets. She says, "Now if there's someone looking to sell a water pump set, we can give them data about the kind of farmers and the crops they have planted for the season as per geography. We're still working on some more models, but that's the focus for the coming months."

Fasal is a 1.5 million user product and when Deepa shared that it's complete end to end operations are managed by only eight people, I was slightly taken aback. She says, "This has pretty much been the motto of our company. You can speak with any of our engineers as to what they do and they will speak about the problem they're solving, not some module they're working on. We're looking for entrepreneurial individuals, for they're the ones who thrive at Intuit."

When asked if this is a scalable model of hiring, she says, "One good engineer can do the job of 10 average ones. We're looking for that one super engineer and we only need the one guy or girl. And the last time I checked the numbers, it looked really good!"

Those numbers definitely showed in the plush office that we were speaking in and the new building that's coming up for Intuit in Bangalore. But other than that, this seemed like any other top class startup we've covered so far. Every move was validated, teams were lean and the returns were 10X.

As I left their office, the impression of Intuit that I took with me, was that of a startup's. A really rich one, but a startup nonetheless. And Deepa Bachu, is an entrepreneur at heart.