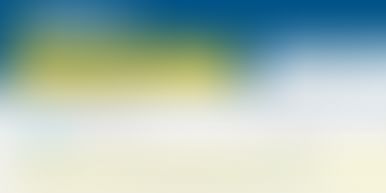 India’s biggest e-commerce player, Flipkart shutdown its digital music store Flyte. This comes as a surprise to me given the fact that Flipkart had invested so much in building it. They bought a company navigating a can of worms, built the technology, made licensing deals with the labels which can take ages to close and of course built a whole team to do that. Then why did this happen?

As a digital music entrepreneur, here are my thoughts on this:

1. iTunes: This could be the single biggest reason on why Flyte didn’t work out. A lot of people I know preferred iTunes over Flyte, I do too. The ease of buying and having it downloaded automatically into your Apple devices is one of the biggest reason to do this. This convenience even overrides the lower costs that Flipkart had for some albums.

2. High content acquisition cost: The record label-online store partnerships work in a way where the store has to pay a minimum setup/guarantee fees at the beginning which could be in the tunes of crores depending upon the catalogue size. This is to hedge the label’s risk in case the store shuts down (like Flyte). After the minimum fees is recovered, revenue share on the sales begin. So, even if the store makes huge revenue, it might end up paying most of it to the labels.

3. Few paying users: India is among the countries which pirate the most and it is not without reason. There are just not enough people buying music here. The funny thing is that a lot of people who are just getting into the music scene don’t even know the concept of buying music. They think that torrents is a genuine way of doing it. That is tough to change.

4. Changing patterns for paying music: World over, people are increasingly paying for access to music rather than for its ownership. Spotify, Rdio, Pandora give the users access to a huge library on the fingertips without giving them the ownership of the content. And users have responded fairly well to that. Digital downloads are also probably going to come down as the cost of music access becomes lesser.

What this means for the digital music scene in India:

From our experiences with Musicfellas, we’ve learnt that, there are just not enough paying users to make it a big sustainable business. Sure, you can probably make it a decent lifestyle business. But, that’s not what Flipkart would want, right? They would probably want to focus their efforts in some other directions instead - would say it was a commendable move. To build a big business solely on digital downloads in India is super difficult. At Musicfellas, we entered the business thinking of India as a test market and with plans to expand into international markets. Our assumptions that there are just not enough paying users was kind of validated.

Sure, there are some among us who would disagree with me and tell me that they pay so much for music. I know, I am one of you. But, there are very few of us - few enough to not make good business sense.

What I see as the future:

The future of digital music according to me is going to be more and more about being able to listen to any song whenever you want at the exact moment. Not 5 minutes later after you download it but right when your heart desires it. So, models like Spotify, Rdio or in India - Gaana, Saavn and Dhingana are probably the way forward. But, then again, these services have to be careful as to what happens to them once Spotify comes to India (which should be sooner rather than later, given its entry into Asian markets via Singapore). Because honestly, these services are not even half as good as Spotify when it comes to the product.

People say that India adopts US technologies after 10 years but I think this time, this is going to happen really soon. Flyte shutdown was one of the hints.

We will continue serving niche yet large enough markets of independent content. We are not Gaana’s/Spotify’s competitor but are complementary to them. We are not fighting for the same listening time - we want to help you discover new independent music (which you probably don’t find on these services). We operate at lower content acquisition costs (since we don’t work with the major labels). And, our users are passionate music fans, usually willing to pay for the music they love. We will always find space in that hipster heart of yours wanting to find good new music and break the usual clutter of overplayed commercialised music.

What remains to be seen is what happens when we launch into the international markets. We are rolling out an app pretty soon and would offer it on subscription only. Hoping that a combination of downloads and subscription can take us some distance.

Mayank Jain, co-founder, MusicFellas- a social, music discovery platform for independent music from around the world. He tweets @mayankj

Disclosure: Times Internet Limited, the parent company of Gaana.com is an investor in Musicfellas via TLabs. The opinions in this article belong solely to the author.