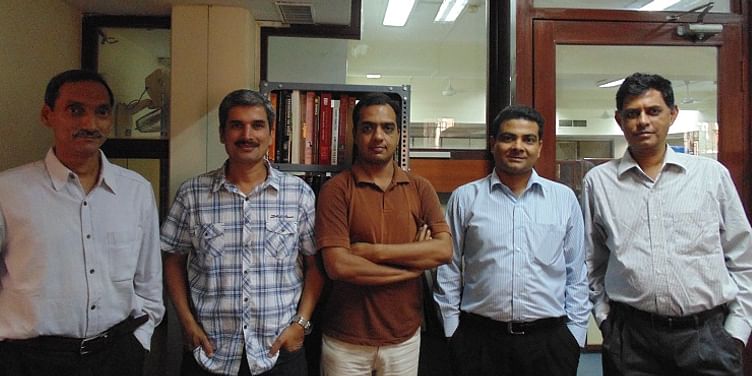 Seeing and talking to visitors before they enter the apartment, state of the art security system, smart device management and the likes, are amenities that the best of apartments boast of. Godrej, Total Environment, Sobha, Gopalan, are some of the biggest names in Bangalore’s real estate space and they all have a need for home automation systems and all of them are powered by one startup - Silvan Labs. Dr. Giri Krishna and four others- Avinash Gautam, Ajay Gupta, Nandakumar and Mohan G.- are the folks behind the company and all of them have had stints at Texas Instruments before starting up Silvan Labs in 2008.

The year was 2008 and India was reeling under the Mumbai Bomb Blasts. The aftermath revealed some gaping holes in the security systems of the building and hardly any of the footage was captured on video in spite of having cameras. This led Dr. Giri to think about the problem and decided to bring in his experience into picture to build better quality products. Getting together with the core team who had a strong background in embedded systems and decades of experience, the seed for Silvan Labs was sown.

Having known each other, each of them were in a stage of their lives when they were looking to do something long-term and in a field of their interest. They found a lot of synergies and setup the company to build some cutting edge technology to provide home automation and security systems.

The company raised an initial investment (loan) of INR 4 crores from the Indian government’s Technology Development Board (TDB) and they kickstarted by building prototypes.

When they began, Silvan Labs placed themselves as a product provider. Building high-class products like security cameras that can survive under extreme conditions, they believed that their product would work. But the Indian mentality doesn’t function that way. “One of the biggest learning for us was that Indians don’t buy products, they buy solutions,” says Giri. Don’t tell a person that this device can eliminate your security issues but tell him that we offer a solution which can do this.

Applying this learning, Silvan Labs were able to acquire customers and are today the most established name in Bangalore when it comes to home automation.Apart from the positioning, Silvan Labs are also customized for India and have solutions that work well here. For instance, all the systems work smoothly at low power and are not affected by power outages which is a must have feature for systems in India.

Various MNCs provide home automation solutions as well. Silvan Labs claims an edge because of the IP and customization. “The biggest margin is with devices while setting up a home automation system and this is where all the MNC’s (Schneider, Honeywell, etc.) earn but this is very ineffective,” says Giri. A tablet used by these companies can be easily replaced by an iPad for 1/5th the cost!

The other difference is that the IP for Silvan Labs lies within the interface, controller and integrator. “The way we manage the systems with our technology is where the USP lies. Many vendors necessitate the user of a particular brand of devices, this isn’t the case with Silvan Labs,” says Giri. This allows them to offer the builders a lot of flexibility.

Silvan Labs is 50 member strong with a couple of offices in Bangalore - an office which houses the employees and an experience center where clients can come and see the solutions in action. With 5 strong people at the helm and the likes of Sharad Sharma on the board, Silvan Labs is confident of their hold on the Bangalore market and are looking to quickly expand to Mumbai and Delhi. Silvan Labs is also looking to raise an investment round to boost their expansion plans.