10 in-store innovations from emerging countries: The Future of retail 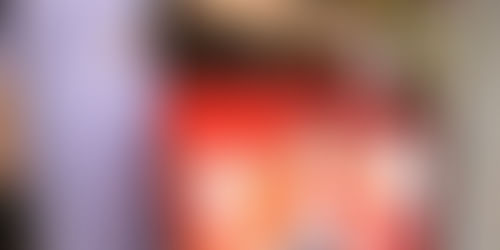 We earlier wrote about In Store Innovations and from the feedback recieved, decided to present 10 in-store innovations from emerging countries:

Procter & Gamble launched a new concept store where people are invited to interact with and experiment with P & G's products using sensory experimentation. The P & G 5D Experience is an interactive operational space and entertainment destination. The concept store, designed by Point Creative and opened in the Market Place in Sao Paulo, engages people and offers them the opportunity to experience P & G brands from an entirely new perspective.

In India, e-commerce firm HomeShop18 and Delhi International Airport introduced a “Virtual Shopping Wall’ at the Delhi Domestic Terminal T3. The virtual mall is named “Scan N Shop”. The wall offers premium merchandise to consumers. The passengers will be able to browse through the entire range of products and order by scanning the QR code displayed against each item with their smartphones. Consumers can also order by calling at the call centre of HomeShop18.

A while ago, Atul Singh, President and CEO, Coca-Cola India and South West Asia, visited one of his markets in the hinterland in UP, India. He encountered the challenges that retailers faced in offering chilled beverages in summers due to long power cuts. Atul Singh came back along with his technical team with the innovation called “eKoCool” cooler.

These coolers are distributed to women retailers, helping them earn a livelihood. Besides cooling drinks, it can also charge lanterns and cell phones--this helps them earn that little extra. The cooler remains chilled for at least two-and-a-half hours after sunset.[2]

Yihaodian, one of China’s biggest e-commerce sites, developed augmented reality stores that can only be accessed in certain public locations. The basic aim was to provide a more interactive shopping experience. When customers point their smartphone in the right direction at locations such as public squares, a virtual store is displayed where items sit on shelves or hang from the walls. This app provides a simulation of a physical retail store so shoppers can feel more immersed in their online shopping trip.

The concept involves the establishment of AR supermarkets in vacant lots in cities around China, where people will be able to wander around the space, using their smartphones for guidance, shop and have their products delivered at home. The idea of using dead urban spaces as retail areas, while avoiding any building and personnel costs sounds like a promising one.[3]

C&A provided a good example of how the real world and the online can converge to create a modern shopping experience. By displaying Facebook “likes” on small screens embedded in articles’ hangers, the retailers showed the increasing tally of “likes” that different items of clothing were receiving from Web users. The hope was that approval from the online community would encourage shoppers to purchase a particular item of clothing.

Figure 5 C&A Brazil : "Like" Your clothes in Real World! (Source)

In India, several restaurants have tried the iPads to woo their clientele for a different dining experience. Restaurants display their food menus on the iPads and give interesting facts and information around their offerings. The concept has been tried in the following locations in Mumbai - Koh by Ian Kittichai (InterContinental Marine Drivei), Royal China (Bandra and VT) and Escobar (Bandra).

Brazilian retailer Magazine Luiza’s management came up with an innovative virtual model, which accounts for 52 stores of the 350-store chain. The model has defied the notion that “if the store is small, the assortment must be very limited.” Magazine Luiza provides access to a megastore’s assortment of basic home needs to populations in small cities.

The virtual model relies on an electronic format and four important aspects make up this model:

After observing a series of failed virtual stores, Magazine Luiza did not apply a self-service model. Rather, it counted on customer service not only to sell, but also to educate customers on the new concept and format. At first, the virtual store model started with sales on video; it later moved to an online approach.

As another means of differentiation, Magazine Luiza launched one-hour Internet access for customers, with an additional hour for bringing in a new customer. The company also sets aside space within the virtual stores for consumer education, partnering with local charities to provide their customers with information sessions on topics including literacy, healthy living, disease prevention, and childcare.[4]

8) The Fragrance Bar in China

The Fragrance Bar is an innovative in-store digital experience developed by Labbrand and has been featured in Sephora’s newest megastore in Shanghai, China.

The Fragrance Bar is a new retail concept that provides a unique shopping experience to maximize consumer engagement. It is composed of six stations—each equipped with an iPad and 10 perfume diffusers. Labbrand created two different iPad applications for in-store use. One is based on the idea of Memorable Scents that allows customers to interact with emotion-charged scents. The other one is based on the idea of Key Life Occasions that allows customers to find their perfect fragrance for dating, work, going out and gifting. Customers could then obtain product information directly through the application and share their result by email or through Sina Weibo. Both applications are linked to perfume diffusers that allow customers to directly experience different scents and fragrances, thus increasing the chances of sales conversion.[5]

9) Coca-Cola’s Hug Machines in Istanbul, Turkey and Future Projects in India and Pakistan

The Montblanc store gives its visitors the chance to explore the inside working of a genuine Swiss watch via the Virtual Timepiece. With a focus on design and contemporary art, the interactive journey is quiet unique! The virtual reality feature invites the visitors to interact with the inner movement of a watch, in this case, the uniquely original Montblanc Metamorphosis dual-faced timepiece. A projected wheel allows the person to direct the movement of the watch which is projected on surrounding screens, by turning the wheel, complete with subtle light effects.

By entering Sanlitun’s Walk of Fame, the visitors will find themselves surrounded by several memories of glamorous Montblanc events. The cameras flash, and for a moment, one is transformed to another time and place. Customers can also get the opportunity to hold the moment forever with a souvenir photo.

Some of these observations of in-store innovations may go on to become a trend and some of them will fade away with time. However, the point that we are driving home is that the trend of in-store innovations is here to stay--people want to experience something unique when they enter the brick-and-mortar stores and at other times it becomes important to innovate inside a store to make the whole retail process much more efficient. One way or the other consumers are to benefit.

The Institute of Customer Experience (http://ice.humanfactors.com) is a not for profit initiative by Human Factors International Inc. started in 2012 with a vision to create a knowledge platform for designers, technopreneurs and innovators.