First online video, then a successful pivot to social media, now Socio Square has trained its eye to become a SaaS company 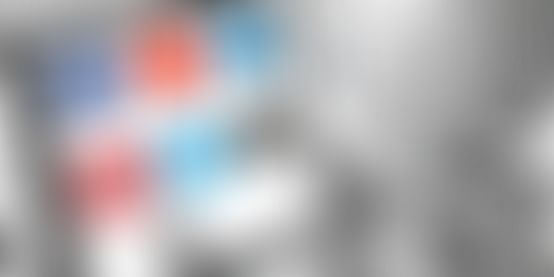 Much before fans, followers, connections and likes became an important currency to measure a brand’s success in the online world, social media marketing firm Socio Square managed to get over a million fans for their online TV platform NyooTV in the year 2009. While NyooTV is still in beta stage, the founder and CEO of the startup Gaurav Mendiratta pivoted to focus on the social marketing skills of the firm and thus was born Socio Square. “When we started NyooTV, Youtube was not offering premium content and was still doing user generated content. But now in the last two years they have acquired a lot of paid content, full length movies and such. We had monetization issues with videos on our website, as people were are still not ready to pay fully for video content online,” explains Gaurav.

Gaurav started NyooTV in January 2009, but switched gears to startup Socio Square in 2011. Today the agency works with over 20 brands across finance, media, retail and TV, and from a small team at NyooTV, they have grown into a 30 member team at Socio Square.

Gaurav is an engineer who went to University of Pennsylvania to do his MS in Telecom and Computer Networks. He later went to Wharton to do his thesis, but all the while he had the urge to startup on his own. As a result Socio Square was first registered in Philadelphia and only after a couple of years moved to India, which is now the epicenter of all the action. “When I was doing my thesis I met Prof Kartik Hosanagar, who was my thesis advisor. I always wanted to do something of my own and therefore I kept meeting Kartik every 3-6 months and would brainstorm new ideas with him to grow it,” shares Gaurav.

While Gaurav and his CTO Arun Gupta are the main techies, today his team has lesser tech strength and more people on the marketing and advertising side – which is Socio Square’s core business strength. They also have an illustrious panel of advisors and investors guiding them in the growth path. Gaurav says these advisors are very valuable to their growth: “though they are not involved in the day to day functioning, they advice us more on a monthly or quarterly basis. If we are in trouble they are the people we call,” he laughs.

Socio Square has proven its expertise in the social media space numerous times and Gaurav counts the campaigns they did for The Mobile Store and for animated movie Delhi Safari among his favourites –because they were able to not only create lot of buzz for the brand/s but also because of the variety of work they could do on these for the clients. Delhi Safari took the route of gamification to engage with the audience. Games, puzzles and comic strips were planned around the movie characters and the entire activity got more than 600,000 fans engaged before the movie released. Socio Square has broken even and is already profitable.Though the going has been good, what Gaurav and his team have now embarked upon is to build an advertising software that can be used on social media platforms. They are building a product that will help clients do real time online advertising bidding, and also help them transform into a SAAS company. “Online advertising is like a closed auction, you don’t know how much your competitor is bidding and you go by what you think is right, there is arbitrage. Wherever there is arbitrage there is room for optimization. So we are building a tool which will look at the target audience, optimize your bid, so that you can get the right price. Say if get like 50 likes for Rs 100 and get these 50 likes within the first hour of your advertising campaign then you may feel that I have spent too much in that one hour only, which could instead have been spent over a longer duration throughout the day. So though you want to reduce your bid, but you don’t know by how much you should reduce the bid, our tool will help you do that,” explains Gaurav. Currently the product is under beta and has been approved by Facebook. They are now awaiting the Facebook Preferred Marketing Developer badge for it.

As Socio Square grows, Gaurav continues to work on NyooTV to bring it out of the hibernation that it currently is in. His long term dream however is to create products and tools that can make a difference to client’s lives on social media. “As I come from a tech background I have always had an inclination towards product development, and I want to build one that can serve the needs of hundreds and thousands of clients in a day.”preethi@yourstory.in