Forget textbooks and notes, get yourself a CoolJunk electronics kit to learn how a transistor or amplifier works 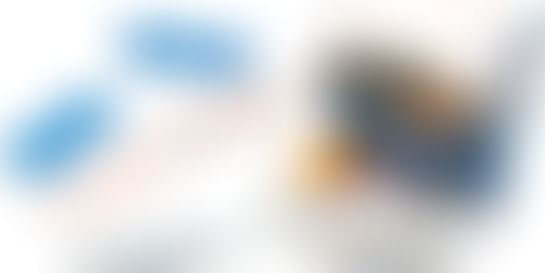 I vividly remember my physics class during my high school days when one of my inquisitive friend would used ask for demo on each and every concept taught on the subject. So never mind if its refraction, amplification, traversing of waves or resistor, he wanted to try everything first hand on. While my friend could quench his curiosity in college, Gurpawan Mand, someone as curious as my friend, has found a way to satiate the hunger for knowledge of many people like himself and my friend. Gurpawan is the founder of CoolJunk(CJ), a startup that is trying to change the way students learn maths, science, engineering and technology.

A mechanical engineer from ISM Dhanbad, Gurpawan’s love for gadgets started from his childhood, stayed with him in college and lead him to eventually set-up CoolJunk. “Can you learn cycling through reading? No, you don’t! Similarly you don’t learn physics from text books. The best way to learn ‘transistor as an amplifier’ is to actually build an amplifier and then use mathematics and equations to find out its working. Or the best way to learn Newton’s laws of motion is to actually build a rocket and do the testing,” says Gurpawan enthusiastically. When his batchmates were busy with their final year projects, he spent his summers developing and testing concepts for the kit. He also credits his parents, who unlike other parents did not cavil and lent him Rs 5,000 to follow his interests. With limited budget and his love for nature, Gurpawan had to recycle junk to get his first kit in shape.

“After three years of extensive research and working closely with 1,500 students in over 20 schools, the company launched its flagship DIY (do-it-yourself) kit to learn electrical & electronics,” says Gurpawan. These kits are built with the purpose of self-learning at home and contains an exhaustive series of 54 hands-on experiments. “Effectuation of DIY kit was never easy and building those for students from standard 9 – 12 required a finicky mind,” shares Gurpawan about his experience of making the kits. He believes in the quote, ‘Be your own competition,’ and that is also the mantra the startup follows to continually beat its own standards.

To understand student’s mindset and their requirements, CJ has forged close partnerships with schools and third party organizations that work closely with children. “Though we have stringent standards and processes in place, we are amenable to suggestions for continuous improvement,” says Gurpawan. CoolJunk has in-house facility for designing and assembling of the kits and wants to be the leader in educational kit space. CoolJunk has partnered with third party companies with corresponding manufacturing specializations and vendors for sourcing and manufacturing of different parts and spares.

The current kit - CoolJunk Electronics Series KIT-1 is targeted at school students (9-12) and science/engineering undergraduates. With pricing close to Rs, 3000, Gurpawan has tried to make the kit affordable without losing out on quality. “We are clear with our motto and target market. You don’t visualize physics. You do physics and that is what we tell our school and college going students.” Gurpawan claims to have sold 200 kits within a span of 15 days and is tying up with several ecommerce sites and channels for distribution.

Gurpawan has found a partner in Vaibhav Sharma, an electronics engineer and a gold medalist in karate. Vaibhav also serves as the COO of the firm. “When I felt that it was the right time to plunge in, my parents financed me with Rs 20,000 and we remained bootstrapped for two years,” shares Gurpawan. Based out of Delhi, CJ has managed to raise its seed round of funding from a group of angel investors. Gurpawan leads a team of seven people and has a strong mentor in Ramgopal Vallath (ex-COO, iDiscoveri) and K. Ganapathy Subramanian (founder partner of Jumpstartup).

“In future, the kits will range range from subjects like physics, chemistry electronics, programming, and mechanics to genetics, biotechnology and botany. Besides the local market, we also intend to target Singapore, Middle East and USA,” shares Gurpawan about his vision.