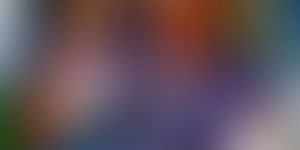 After an introduction and having understood the problems faced by the Indian artifacts sector, today we take a look at parties/institutions who are helping make a difference in the lives of Indian artisans.

The Indian government, the private sector and non profits are each involved in the Indian artifacts sector but their roles have evolved in silos, with little specialization and much duplication. Since independence, the Indian government has created a number of institutions, schemes and welfare programs for the crafts sector. However, on a policy level there has been no concerted and cohesive effort to address the challenges faced by the crafts ecosystem. Similarly, the private sector has contributed to uplifting artisans through different market-led efforts made by retail chains, high end-fashion designers and a relatively more recent wave of social businesses.Government program

Although Government-led initiatives are often criticized, it cannot be denied that much preservation of its crafts is Government efforts. Immediately following Independence, the Government placed great emphasis on rural artisans, setting up the All India Handicrafts Board in 1952 to study the technical, organizational, marketing and financial aspects of crafts and design measures for improvement and development of crafts. The impetus for these efforts came in part from Mahatma Gandhi’s legacy of the swadeshi movement

With industrialization becoming a foremost national priority in the 1960s and 1970s, the Government came to view crafts as more of a “sunset industry” and began to focus mainly on welfare schemes rather than approaching it as a sector capable of contributing to India’s economic growth. At present, crafts are almost artificially bifurcated into Handicrafts and Handlooms, with two separate Development Commissioners in charge of each under the ministry of Textiles. In addition, 16 other ministries have crafts within their purview. These bodies have often been pitted against each other on issues such as power loom versus handloom production, anti-dumping duty on foreign silk yarn to protect the interest of silk rearers versus removal of duty for handlooms and power looms and interest of petty traders versus greater control for home-based producers, leading to inefficiencies and policy juggernauts.

Despite these challenges, Government efforts have channeled an estimated Rs 752 crore into the crafts sector during the 11th Five Year Plan (2007-2011). A number of institutions such as the Council for the Advancement of People’s Action and Rural Technology (CAPART), the Khadi and Village Industries Commission (KVIC), the Small Industries Development Bank of India (SIDBI) and the National Bank for Agriculture and Rural Development (NABARD) have been involved in funding and implementing development work for artisans through different schemes. The majority of government funds have been utilized in the following areas, largely with the support of non profits working in the sector:

● Welfare – Government efforts in the crafts sector are often designed with the intention of large-scale poverty alleviation. Schemes such as the Rajiv Gandhi Shilpi Swasthya Bima Yojana and the JanshreeBima Yojana for Handicrafts Artisans, under which artisans in the age group of 18-60 receivehealth and life insurance in association with the Life Insurance Corporation of India for themselves and three dependents, provide some social security.

● Market linkages – One of the most widely lauded efforts of the Government in the crafts sector has been the establishment of Dilli Haat, an open-air crafts bazaar in the national capital modeled on a traditional village market where artisans from around the country can rent space and display their wares for two weeks at a time. Set up in cooperation with Dastkari Haat Samiti, a non profit organization that works with artisans across the country, Dilli Haat has provided artisans with much-needed market linkages and access to consumers. In addition, the Development Commissioners for Handicrafts and for Handlooms run a number of emporiums across the country, which are retail outlets for crafts from different regions.

● Capacity building – In recent years, the Government has moved its focus towards sustainable development of crafts through the participation of artisans. Capacity building efforts such as the Artisan Credit Card scheme and the Baba Saheb Ambedkar Hastshilp Vikas Yojana schemeare generally led by the Development Commissioner of Handicrafts. Efforts include skills development, technological intervention, design and marketing support and reviving languishing crafts. The Development Commissioner for Handlooms runs Weavers Centers in many parts of the country along with the National Center for Textile Design to provide market-based design input for handloom weavers.

● Awards – Each year, the Ministry of Textiles recognizes the work of several master craftspeople through the distribution of national awards. These are highly coveted accolades that enhance the reputation enjoyed by master craftsmen and function as a quality approval of sorts.

For Government efforts to have the maximum impact, government bodies implementing programs need to be reformed and a policy environment more conducive to greater participation and specialization by different stakeholders needs to be created.

The private sector has been the main conduit for crafts with over 95% of crafts production taking place through some form of private enterprise. Broadly, private involvement in the crafts sector is of four types:

1. Traditional intermediaries: Master craftsmen, traders and exporters who aggregated production, provided market linkages and offered financing mechanisms to artisans. Although not always the case, these relationships have often been exploitative to the artisan, who realized little of the value of his products.

2. Design Entrepreneurs: These include high-end fashion houses that have imbedded traditional crafts in their collections. Designers such as Ritu Kumar, Tarun Tahiliani and Manish Malhotra have worked closely with master craftsmen to create product offerings for high-end domestic and international markets. However, none of these efforts have placed crafts distinctly at the center of their enterprises but rather integrated crafts into their work. Their impact on promoting crafts has therefore been largely indirect. Other fashion designers such as Anita Dongre have created a distinct crafts-based collection, e.g., Grassroots, that aims at marketing clothing that promotes the skills and knowledge of traditional artisans, and has been made using organic materials and eco-friendly processes.

3. Mainstream Retail: There have been a few successful examples of crafts-based businesses, which have not only contributed to improving numerous artisans’ livelihoods but have also provided unique blueprints for future market-based endeavors.

4. Social Businesses: These are a more recent wave of businesses that have originated out of non profits or hybrid models that combine social and commercial goals.

The Role of Mainstream Retail

While relatively few, a handful of retailers such as FabIndia, Anokhi and Contemporary Arts and Crafts have played a pivotal role in keeping crafts relevant and linked to contemporary consumers. These companies have developed socially conscious business models wherein they work closely with artisans and ensure that they are equal stakeholders in the business.

Due to their relatively well-organized supply chains and focus on profitability, they are able to provide consumers with quality products better suited to urban tastes as compared to subsidized crafts available at government-run emporiums.

In addition to these efforts, stores such as Shopper’s Stop and Lifestyle have expanded their selections of handmade products and ethnic wear, providing much needed market opportunities for the crafts. However, for a deep and sustainable impact on the artisan, retailers and mainstream businesses need to leverage their business acumen in tackling supply chain issues and creating a larger demand for these products.

The Role of Social Businesses

The emergence of the social business model has provided a new opportunity to revive the sector. With their emphasis on the end consumer, social businesses have a greater incentive to bring in efficiencies in quality control and production management, which are often lacking in non profit organizations. Pre-production, social businesses may offer access to quality inputs, equipment, financing and training. Post- production, they improve market linkages through procurement, storage, transport and retail. Ventures like Rangsutra and Industree.

The biggest advantage faced by social businesses is their ability to raise capital from artisans in the form of shares, as well as external investors such as venture capital funds and corporates. In recent years, businesses in the crafts sector have attracted funding from impact investors such as Avishkaar, Grassroots Business Fund and Villgro, who invest in social enterprises with the dual expectation of social impact and financial returns.

The international development community and private foundations have been pivotal in providing support to many non profits working in the crafts sector. United Nations Agencies such as UNESCO have provided platforms for sharing best practices, research and documentation such as the Jodhpur Symposium. These initiatives have typically focused on project design and building frameworks to build a movement that strengthens Creative and Cultural Industries. Others such as the World Bank channel funding to crafts organizations. A number of private foundations such as Aid to Artisans, Sir Dorab Tata Trust and the Ford Foundation provided long term grants to crafts non profits to scale their impact. Innovative approaches include Friends of Women World Banking’s funding strategy of credit provision to artisans through non profits. Together these efforts have helped sustain non profits work and strengthened models creating an impact on artisans incomes.