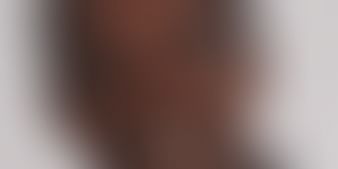 Varadharajan Kumaravelu’s story began in Chennai. Born in a 'business family', as it was referred to back then, Varad was 12 when his father lost everything with the sudden closing down of their business. "When I look back I realise that my entrepreneurial journey actually started and I was 13 years old when I was selling soaps for my grandmother's newly acquired agency, so that I could pay for my next year schooling", he says.

Many a milestones later, Varad now has a startup, Terra Tech, which provides solutions for the private transport industry in Chennai and Gujarat.

Varad’s entrepreneurial journey is as fascinating as his introduction to entrepreneurship. Through our email exchanges and meeting, Varad said many things about his drive to succeed, his failures and successes. Romanticism aside, this is a story that offers much learning.

A snapshot of his journey and what you can take back from it:

No doubt perseverance is an important trait for a startup, things don't always happen at a breakneck speed. But urgency to do things need not be construed as an antonym to patience. The trick is to find the right balance. Have the urgency to achieve and the perseverance to see things unfold.

A professional qualification is a strength, but lack of one is not a weakness. Success (in education and profession) depends largely on drawing on your competency. A fact which Varad corroborates later, when after a few failed attempts of entrepreneurship in the F&B sector, he started Terra Tech, drawing on his core competency (Technology Solutions).

It’s also good to remember that everyone doesn't start on the same footing. It’s important that you don’t get bogged down by others and stay focussed on your goal.

We cannot emphasise this enough. Failure is just another word for 'learning curve'. Make it your training ground, and you stand a big chance of gaining a lot from it.

Focus on your strength. Sure enough, as an entrepreneur you play multiple roles in your startup. But there are a few things that you can do better than the rest. Invest in that and it can make up for what is lacking somewhere else.

Having the right team is one of the most important ingredients of success. Remember it is your team’s job to be honest in their opinions, and while they may be challenging your thoughts, they are still backing you - by helping you create the best.

The startup has partnered with taxi companies in Chennai including Welcome Call Taxi and Friends Track. and with g-auto in Gujarat, which is looking at expanding into New Delhi, Mumbai and Indore. Currently there are 75 vehicles across India with Terra Tech Systems and the company charges a fee of INR 250 per vehicle, per month. The product is also being piloted in cities like Preston (United Kingdom), Colombo (Sri Lanka), Batam (Indonesia) and Manila (Philippines). “By the end of the year, we expect to scale to 500+ vehicles in India and another 500+ in the Philippines. Our ultimate aim is to have 1 million screens across the globe making private transport both convenient and safe, while providing rich content on the move and creating a new platform for the advertisers”, says Varad ambitiously.

As part of the project, the company has also developed a proprietary video format, to enable distribution of personal videos without the fear of having unauthorised viewers. The product is currently being evaluated a crowdfunding site for short filmmakers.

Varad has so far raised 150K SGD in Angel funding primarily from two Senior American IT leaders in Investment Banking and is looking at fund raising from the National Research Foundation, Singapore. Until last year, I always thought that ‘funds’ came from family or salaries. I didn’t know what an entrepreneur was. I have only now started calling myself ‘an Entrepreneur’ and my company ‘a Start-up’”, he says, candidly.

Varad has been in a corporate job through this journey and currently, he works with an investment bank in Singapore as the Asst. Vice President in the Information Technology team. It must be difficult juggling a corporate role in a place like Singapore and simultaneously running a startup in India? I ask. “Not really, I am passionate about what I do and as far as dealing in India is concerned, it is in my DNA”, he laughs.