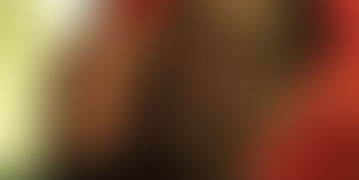 What would you call a person who has been trained by the National School of Drama, owns a degree in mechanical engineering, never wanted to get into IT but ends up working with a security giant like McAfee and has multiple startups in the field of Software Testing. Most of the people who join IT firms are either given development profiles or testing roles among others, while people who get development roles are often looked up by colleagues but those who get testing roles aren't considered good enough and are generally shrugged off.

Rahul Verma, a mechanical engineer by education who started his IT career with Satyam and was the first and only QA Architect at McAfee India challenges this notion with his startup Test Mile. Rahul started his career with a mechanical engineering company but had to move little after one year due to lockout in the company. He joined Satyam and was assigned testing roles as he had little experience of coding at that time. At Satyam he got interested in performance testing and even got an offer to work onsite but was turned down as he was from mechanical background.

Rahul later joined AppLabs where he handled over 18 projects and explored all the tools of the trade in the span of one and a half years. Later he joined McAfee and got into Research Labs where he got to work on the Anti Malware Engine of McAfee. At McAfee he built a test automation framework from scratch in python and was offered a promotion as a Test Manager which he did not accept as he did not want to get into managerial role, he wanted to remain a core tester. Rahul believes that freshers and junior employees are generally not open to talk and disagree with you if you are a manager in comparison to when you are a fellow coder and thus they can relate much easily with what you say.

After his long stint at McAfee, Rahul started Test Mile, a software testing and consulting company which uses python as the base language. TestMile provides software testing services and builds software to aid in testing. They also do hands-on testing with primary focus on functionality, performance, security and usability along with coaching enthusiasts in the above mentioned areas. Leaving a high paying Job to startup was a difficult decision for Rahul as he had to start from scratch with just his savings and his wife was also not working.

Test Mile has come a long way since it was started in April 2012 and being a completely bootstrapped venture, it is a profitable business one year on. What makes Test Mile stand out in the sea of other testing startups and companies is their transparent pricing model, which you can check at their website. Test Mile breaks industry convention when it comes to pricing of services. Generally the prices of services are usually kept under the wraps and multiple round of negotiations follow for the pricing and services offered in the industry, while Test Mile has transparent pricing on the website to see and compare for all.

Test Mile has a team of 4 engineers working for them along with few freelancers and they are currently hiring. There are other players like Moolya Testing but the services industry is always rife with opportunities and clients there for the grabs.

Have a look at Test Mile here and Check their YSPages profile here.

McDowell’s No. 1 Platinum respects Leaders like Rahul who had the courage to follow their passion and take the uncharted path; also we encourage more people to follow their dreams and join them in their unconventional journey.