What to do when you become a crorepati overnight? Like the redBus founders 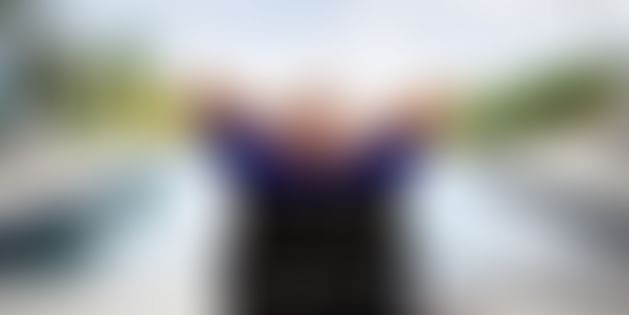 So what would you do if you became a crorepati overnight? Go car shopping, maybe buy some diamonds(if you are a lady i.e.), buy a yatch or get yourself a private island? These are things a normal crorepati or maybe Vijay Malaya would do, but the three crorepatis we know -- who go by the names Phanindra Sama, Charan Padmaraju and Sudhakar Pasupunuri have no such fancy plans. “I will go back to office on Monday morning,” says Phanindra aka Phani nonchalantly. Ok don’t hold the gun to our heads if they eventually do all that we suggested earlier, but at this point nothing much has changed in the lives of the redBus founders. They may have pocketed some cool maal, but they still remain much grounded.

Another person who has been part of their journey right from mentoring to investing and also part of the exit plan is Sanjay Anandram, currently Venture Partner at Seedfund, but who has many other feathers in his hat. When we asked him what will he do now, even Sanjay has no grand plans: “Nothing much, I plan to sleep well this weekend.” We’re sure this will be a very peaceful slumber.

But to get to this stage you need to work hard, incase of redBus it was seven long years, several ups and downs and in the early days there was money problems also to an extent. But when you are young and hungry, you are also foolish to some extent. Another important ingredient is love – for your family, your job. But there is always method in the madness and what comes out after all the foolishness, passion and hardwork is success. Phani perhaps has all these qualities, but one that he has admitted in public is his love for his family. He even started redBus, just because he could’nt be with them one Diwali!

While the Indian entrepreneurial ecosystem basks in the glory of one more exit, we spoke to the insiders and some outsiders about what the thought about the redBus-Nasper acquisition. Here is what they had to say.

Phani says they were in the market to do another round of fund raise and were not looking at any sale. “Nasper was one of the many people we approached and they moved at an incredible speed to close the deal. Maybe we could have optimized the deal had we gone shopping, but we are very emotionally involved with the well-being of our company. We liked the interactions we had with the Nasper team and it all fell in place,” smiles Phani.

Nasper gave redBus complete access to its leadership team both within and outside the country and made sure they addressed any concerns they had. Phani also spoke to the founders of a Philippine classifieds company Sulit, who had done a similar deal with Nasper to understand the mechanics of the partnership. He was also moved by a post on Quora by an ex-employee of MIH India -- the Indian company through which Nasper makes its investments here. “The employee spoke very passionately about how 50 people from Nasper’s South African office had come to attend his wedding. It was very nice to read such things, it helped increase our confidence to get into the deal,” says Phani. He says redBus was approached by many suitors over the last couple of years and they must all be very surprised by this news, but that is because even they were not quite prepared for it.

ibiboGroup, the company which acquired redBus is a leader in the online travel space and through this acquisition they now become one of the biggest online travel players with presence across air travel, bus reservation and hotel booking. According to Ashish Kashyap, CEO, ibiboGroup the Indian online travel market is worth $9 billion dollars, which includes air, bus and hotel reservations. Of this online penetration of the bus market is only 5.7% compared to 28% for air travel, which offers a huge growth potential for the segment. Goibibo had partnered with redBus about seven months back to do bus ticketing and the partnership was getting good traction on their site. And Ashish thinks, the partnership will only get better.

“redBus’ BOSS and SeatSeller products are very innovative products which is solving a deeply entrenched problem in India. This partnership will help us introduce one more vertical of bus ticketing into our portfolio of services,” says Ashish. While there will be many benefits of the partnership, Nasper’s style of working is very hands-off. “Entrepreneurs do not like interference and we understand that well. Through our partnerships we offer scale and platform for businesses to grow,” says Ashish. But the biggest thing that he is happy about is the validation of internet business in India. Ashish says he has been part of the Indian internet story from Day 1 and now in a long time there are real businesses, real customers, real models of internet business in the country. “Everything is real, the fundamentals are strong, it has taken a long time, but people need to be patient. Nothing can happen in 2-3 years. Even for us to build and grow ibibo has taken so many years,” he says.

Sanjay Anandram echoes Ashish’s point of view of being patient. “redBus is in their seventh year now. MakeMyTrip went public in 2010, they were founded in 1999; JustDail did their IPO now, they started in 1994. It is good when these exits and M&As happen, its good for the eco-system, for the company and for the country,” says Sanjay. We asked Sanjay if we can expect more exits in the near future. “I cannot be sure. Most M&As are being done by foreign companies, who have a bigger appetite for risk. They don’t suffer from the ‘Made in India’ problem either, which Indian companies have. Indian companies think if they can build it, even I can do it,” he says. India is neither a country with lot of competition or capital, neither do Indian companies value technology as much as international companies, as a result of which things move very slowly. “Companies like Google make 2-3 acquisitions a month, we don’t see anything like that happening in India. Interest in companies, in technology has to go up if we have to see more exits,” says Sanjay.

While insiders have the insider information -- know all about the value of the deal and other details, even observers in the market are enthused by the redBus news. There is consensus that this is good news for the Indian entrepreneurial space, that it will encourage startups, and is a positive development. “This deal just gave a fillip to the entrepreneur ecosystem in India. It is very motivational because redBus solved a real problem and that too a very difficult one that exists in India,” said a senior investor with a VC firm.

Anil Joshi, president, Mumbai Angels thinks maybe redBus would have got a better deal had they waited some more time, nevertheless agrees that this is good news. He also echoes Sanjay’s point of view to say Indian companies traditionally don’t believe in M&A and would rather build from scratch. However international companies go the acquisition way because it gives them a readymade market, ready customers already acquired by the startup and an IP. “Acquisitions such as redBus is a validation that international companies are believing in Indian IP. Understanding Indian culture, solving problems on the ground for a foreign entrant maybe difficult on its own, but M&As are a good way to circumvent these issues,” he says.

We also chatted with Umang Kumar, CEO of Gaadi.com, another portfolio company of Nasper in India. Umang says their partnership with Nasper over the last two years has been a very enriching one, because of the access that they have had to international resources, which would have otherwise been difficult for a startup. “The best thing is the easy access to capital, we can now focus on building the best and hiring the best, because there are no longer any constraints of capital,” says Umang.

Until we wait for the next big news, let us all rejoice for both redBus and JustDial, for boosting the spirit of Indian entrepreneurs and making this month memorable.