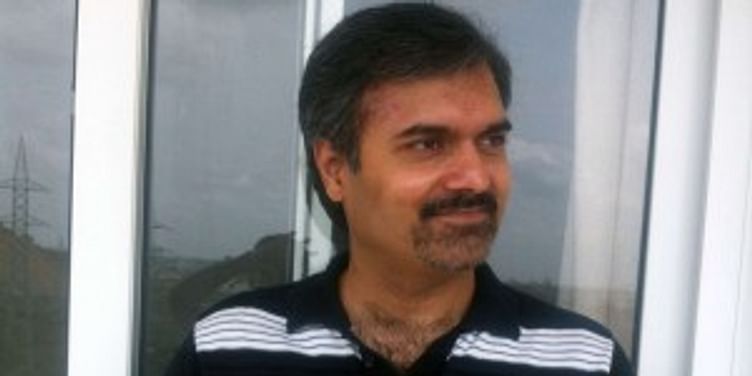 S. Anand is a data geek and his affair with programmatically analyzing data began back in the mid-nineties when he was in college at IIT Madras. A desire to learn is always stronger when there is a motive and for Anand it began when he wanted to hack into his college computer. Taking off from there, Anand was drawn into the maze of data and his initial tools were Linux based grep, sed and awk. He then moved on to Shell scripts and PERL. “Tools are never the concern, the motive and the execution is,” believes Anand.

He then went on to join IBM and a few other MNC’s along with an MBA from IIM Bangalore in 2001. His tryst with data continued all this while and has advised and designed IT systems for organisations such as the Aditya Birla Group, Citigroup, Honda, ICICI, IBM, Oracle, RBS, SAP. But in January 2012, Anand joined forces with 4 other veterans and joined Gramener which was founded in 2010 and is one of the promising big data startups emerging from India.

Gramener is a Bangalore based B2B big data company that deals with data visualization. Gramener provides visualizations and predictive analytics along with end-to-end IT Consulting and Application Services. Essentially, Gramener makes it easier for a company to look at data and derive insights from it. Anand explains with an example, “If I look at 1000 numbers as they are, it doesn’t really make much sense but when one represents them in a chart or some other visual representation, some trends emerge which weren’t obvious previously.” The human brain is wired to interpret images better and this can be seen in how humans have evolved as well.

Gramener has a product that makes it easier for people to create images from the data. And this works in two ways- One is that Gramener takes care of the entire process and gives visualizations or they provide the training on the platform to the employees of the client so that the platform can be used as and when required. The pricing model is on the number of servers utilized- irrespective of the number of users or the number of reports. A bootstrapped company, Gramener has grown to a team of 70+ and services customers like Airtel, P&G, TVS and more. At the heart of this growth is the vision of the founders and the team of data scientists that make sense of seemingly incomprehensible numbers.

Gramener has a few samples on the site and the India Map tool is free to use which I took for a ride. It's a simple heatmap which is dynamic and changes according to the input on the right hand box. Here is a sample (for dummies) of the output for rainfall in Himachal Pradesh in 6 cities in 2008. More modifications and use of the platform will allow to give it a timeline and the map can change as time progresses with a slider. (I also gives out a link: http://gramener.com/indiamap/?1ufc1)

And how does one become a data scientist?

As is true for any vocation, you don’t try to become something; you become something in pursuit of a greater cause. There is no fixed route to become a data scientist but you become one when you’re trying to solve a problem and you take the help of data to arrive at a solution. So, identify a problem you want to solve and then go to the root of it by collecting data and solve the puzzle by using statistical tools. And this route you’ve taken, is what will make you a data scientist.

But one has to start somewhere.

Anand reiterates his earlier statement that tool is not a concern but from his experience charts out 3 routes from where a person comes to become a data scientist:

Big Data has become a buzzword but this hype has also brought in a much needed awareness about what data can do and many companies, elsewhere and now especially in India are open to adopting and investing in data to reap the benefits. The industry is growing at a rapid pace and is set to continue going the same way for the near future.