Now research for your thesis online with RockYourPaper 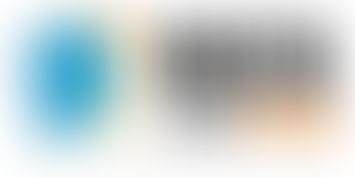 RockYourPaper (RYP) is an online venture that provides free access to journals and scholastic articles published worldwide, across a range of subjects. Founded by Nadeera Nilupamali and Neeraj Mehta, the site is currently in currently in its public beta.

The camaraderie between Neeraj and Nadeera originates from their days at Delhi University. Nadeera completed her B.Sc. in Zoology from Delhi and went on to pursue M.Sc. and Ph.D. from University of Colombo, Sri Lanka, where she eventually settled down. A topper all through her life, her decision to become an entrepreneur did not go down well with her family. However that was never a hindrance to her goal. She says, “During my initial days, I worked as a science tutor and then a travel executive while studying, and last year, I co-founded an online travel agency – which was my first tryst with entrepreneurship. Later, this year I established RYP.”

Neeraj is an arts graduate from DU and has done his MBA from National University of Singapore. Before turning entrepreneur, he’s worked with several companies like ING, Reliance Capital and also established a theatre company - Platform for Action in Creative Theatre, commonly known as PACT in India. Apart from the two, the firm’s front end designer works from Chile and their back end programmer is based in Sri Lanka. “We are proud to have a global team. Living in different time zones never affected our efficiency or smoothness in operation.When you start working on an idea you look for clones of your own self and Nadeera was the first one to come to my mind,” says Neeraj. They manage their operations through different technologies like Skype, Dropbox et al. There’s lot of discussion that goes into every aspect and the various technologies help them manage things smoothly. “But more than these modes, it is our team spirit, passion and determination that strikes the right chord,” share the duo.

“Students engrossed in the field of research need to refer a lot of journals and research papers for their thesis. Even I had to subscribe to the whole journal to get access to one or two articles. Journals often cost in the range of $30 – $50 and students don’t have that kind of money,” says Nadeera on the cause for starting RYP. Neeraj and Nadeera decided together to start something that would make lives easier for these youngsters. RYP consolidates articles from all open access journals and papers available online.However, RYP’s efforts got a shot in the arm when they managed to get access to digital libraries of Niigata University Library, Japan and Peradeniya University, Sri Lanka and some Ivy League universities. “Such imperative quality content is now available to the researchers for free. Some journals and papers at universities are not open for public access, however with RYP, we have made it possible,” say the duo proudly.

Neeraj claims to have 1.1 million research articles in their repository on various subjects and this he says is growing at the rate of around 1000 articles per day. A consolidated list of articles is shown to the user when he types the topic on the search bar. The articles are ranked as per latest first policy, the latest and new entrant on a topic will be ranked first. RYP has segregated all research articles according to topics, so the user does not have to subscribe to the journal. The team has also taken sufficient care to see that copyright violations do not play spoil sport in their effort to make research mainstream.

The articles on the site are available in four different languages - English, Spanish, Chinese and French. “We saw that journals of international repute charge for publishing an article. A lot of savant students stay bereft of having a paper on their name because of huge fees. A alternative to this, is to publish their article with us where peers can review the article and rate their article. And if the article is of good standards, we’ll publish it on our website,” says Neeraj.

“Our revenue model is hybrid. It comes from authors paying for premium services, readers paying for download and universities paying subscriptions. RYP charges 3 USD per download for the articles exclusively published on RYP’s site,” says Nadeera about their revenue streams. They have a permanent office in Gurgaon. The startup has managed to secure funding of USD 40,000 through Startup Chile program. They have also been recognized in ‘Among 10 unstoppable startups in Bangalore Startup Festival March 2013’ and have been invited to present themselves at SXSW Festival, Austin, March 2013.

“Having copious amount of articles won’t be enough until we bring bigger commercial publishers on our platform to contribute. They impute 45% of published articles,” says Nadeera. Other plans include ranking the best and most useful article, for which the startup is deploying various parameters like usefulness, authenticity et al to bring the best articles up the search order. They aim to promote free uploads and introduce premium services such as thesis editing and language translations going forward.