India Circus, an eCommerce venture just as colourful & vibrant like the act 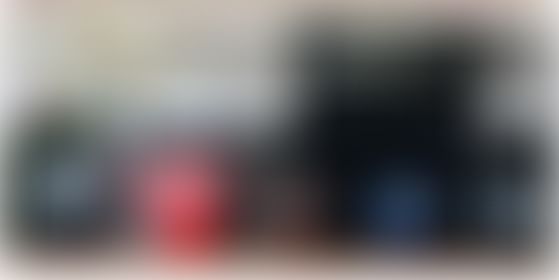 While Indian consumers are still discovering the wonders of eCommerce, there is no dearth of entrepreneurs starting up online. Horizontal businesses with a basket of offerings seem to be doing better than niches. One such new entrant in the space is well-known designer Krsna Mehta’s India Circus. India Circus offers products across 8 categories and 50 sub-categories that includes home décor, apparel, accessories, furniture, wall art and more. Launched in November 2012, the site claims to already have a registered user base of 13,000 customers and over 3,000 visitors coming to the site daily. The products online India Circus are a riot of colours and have a very Indian look and feel to it.

How is it different

The venture has been co-founded by Krsna Mehta, Devaki Khimji and Hadi Curtay. Krsna is the design brain behind the venture and has been associated with many lifestyle brands like The Elephant Company, The Bombay Store, Good Earth, Zeba, Godrej and Metro in the past. “I was already designing for lot of brands and decided why not do something of my own. At 32-33, I had already designed and done such a lot in the market, that it became easy to make the shift,” says Krsna. And from working for a commission to becoming an entrepreneur, Krsna is happier on this side of the fence.

The biggest USP of India Circus, is its design ownership. Krsna leads the design efforts at the venture and works with other members in his team to develop the product range. Devaki takes care of the operations at the venture and looks after business strategy and growth for the startup. Hadi is the techno-brain behind the startup and takes care of all the technology needs for the startup. Other team members comprise of designers, IT professionals, marketing strategists and business experts.

Besides selling from their own online store, India Circus has also tied up with retailers like Westside, @home, and Staples to have a shop-in-shop format to sell their products. Online continues to lead revenues for the startup, even as offline is giving them good traction. Since beginning, Krsna says the startup has achieved a turnover of Rs 30 million and on an average has seen 50% growth in terms of sales month over month.

India Circus also manufactures all the products it sells – either themselves or through partnerships with vendors, who have to comply to the processes and quality laid down by the startup. Krsna says they have managed to do proper demand forecasting for their products and are in the position to accelerate orders based on demand. “If we happen to have any products from an earlier season, we accordingly feature them in our sale section in order to smoothly usher in the products for the upcoming season,” says Krsna about inventory management.

The site gets a diverse range of customers from 28 to 45 years, mostly females coming from urban and semi urban cities. Krsna says they are also seeing a rise in male visitors on the website as well as their social media pages. The site also attracts visitors from USA, Canada, Middle East & Singapore. “We have noticed that the majority of our clients are from the Indian diaspora (non-resident-Indians) and non-Indians who have either visited and or lived in India, or are closely connected to peers in the subcontinent,” says Krsna about the international traffic coming to their site. They currently ship across 200 countries from the site and have entered into partnerships with international retailers as well. Currently they are affiliated with Fab (USA), HomeSav(Canada), TheHome(Australia), Kwerkee(Singapore), and WestWiniog (EU). Krsna says they have also received bulk-buyers from Paris, France, Dubai and UAE.

The best sellers on the site are cushions, doormats, mugs, table top items, computer accessories, wall art, rugs and hand bags. The site also started their first sale on 6th July this year, which is on till 10th August and Krsna says the response they have received has been positive. Normally the site sees a peak in sales during the start and end of month, in line with salary credits. The average ticket size of an order on the site from India comes to Rs 2,500, while internationally it is about Rs 8,000.

India Circus does a range of activities both online and offline. In the online space they rely on social media and email marketing, and offline mediums are currently being used more from brand building and brand awareness point of view. “We have observed that an offline activity always spikes up our sales,” says Krsna.

Krsna says plans are afoot to increase their growth pace to 100% month-on-month, and they would eventually want to establish India Circus as an international hallmark life-style brand. They also anticipate the launch of their own stores and have plans to establish more tie-ups and partnerships with retailers both in India and overseas. There are also plans to reach out to architects and other designers through the custom build program.

The good response they have received to the products on site have caught them unprepared and as a result Krsna says they are working to sharpen their forecasting abilities. Apart from demand forecasting, logistics was a concern for the venture – both of which they have managed to overcome. “When I was pitched about creating an online brand, it was a very interesting thing, because I had never thought of owning an online only brand. But today when I look back, its been a good decision. Today when I get up in the morning and see hundreds of orders in the night, it’s fascinating!” exclaims Krsna. And that we think is the power of eCommerce.