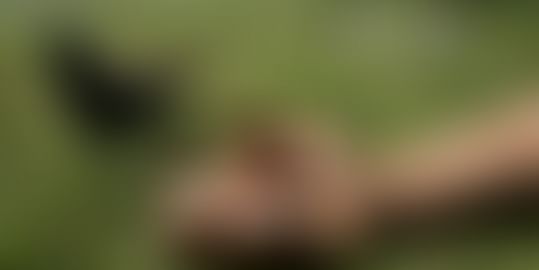 We have all witnessed an injustice, an issue, a problem or something that was not working as it was supposed to do. Not everybody will do something about it. But then again there is a certain breed of individuals, who look at these problems as opportunities create social impact and economic wealth. The world calls them social entrepreneurs. Omprakash Mor, a farmer, who couldn’t stand the injustice against other farmers in the agriculture sector decided to do something about it and started his own social enterprise in 1995. The possibility of getting fairly paid for the worth of their yields was extremely low, getting paid in time was very difficult leading to plenty of farmers living below the poverty line.Omprakash stood up to this.

In early 90s, he realised that after years of using chemicals in his farm, productivity had become stagnant. He was trying to identify what was going wrong and in the process he got to know about Mr. Fukuoka’s farming (the father of organic agriculture) and he tried to know as much as possible about it. Unfortunately, there were not many means to get further information about organic farming, so he decided to go for a trial and error method. After working for two tiresome years, he started to see some amazing results and in that moment alongwith with 80 other farmers he decided to found EcoFarms, to share his knowledge and experience to help other farmers. The first buyer was a person from Germany who helped him to get organic certified and set up the company.

Organic farming was new to India and people did not have much knowledge about it which made the market for Ecofarms’ product very small. They did not just have to sell their products but had to educate people and create a whole new market. They explained to consumers how their crops were grown and what was the main difference from others; this brought incredible results increasing awareness of organic products in the market and consequently, increasing their sales.

Soon, his son Anand Mor, an engineer with an MBA in Finance, decided to join Ecofarms after being inspired by the impact achieved by his father. “That’s a decision that I don’t regret at all: have a job that give the feeling to help people is the best thing that can happen to you. Such small things can make the difference for them,” says Mor on his decision to quit a financial institution after nine years and joining Ecofarms as MD. That’s a very important decision, since working for your own father brings a lot of responsibility and pressure, but he didn’t feel so “I have always thought that I could have been an added value for the company. My father was a farmer, while I have a completely different background”.

One of the first decision that he took, was to make organic food, not an elite product, but something that everyone could afford. “We worked a lot in order to have the less expensive organic food in the market. Mainly we did it cutting as much as possible the production cost having as many activity as possible in the village. We cut also all the intermediate in order to have an efficient short distribution chain and we consider every farms as a micro enterprise, but we are still working to improve this aspect”.

Ecofarms has had a huge impact in the past 18 years: they helped 15000 families of farmer in 75 villages to get out from poverty, procure fair prices and securing their payment. “We want to increase the impact that we are having by expanding our reach in different regions. Most probably a big role in that will be played by companies that are investing in the social sector through their CSR activities,” adds Mor.

Their remarkable activities changed the life of a lot of people and there is a secret behind this magic formula, “Impact based activities are long term activities, it’s impossible to see their result in the short term. Every social entrepreneur should have a lot of empathy and patience: if you are very clear with that, nothing will stop you”.