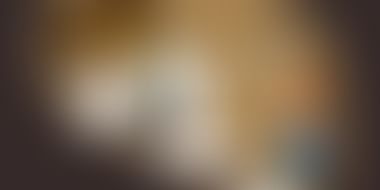 This verse from Skanda Purana translates as under:

The teacher is like Lord Brahma as he generates the knowledge within us,

like Lord Vishnu as he operates the ideas/knowledge in our mind unto the right path,

and like Lord Mahesha (Shiva) as he destroys the wrong concepts attached to our knowledge, while enlightening us on the desired path.

Thus the teacher is like our ultimate God and we should pray and give respect to our teacher.

As a kid I never understood the meaning this verse had, but like a parrot have repeated it on many occasions. Teachers have always been respected, and for a large majority of children, they are still the gateway to the world – who show us the ‘light’ and help mould our thoughts. In the entrepreneurship space, enough can’t be said about mentors, guides and advisors, who do the role of teaching young startups about the world of business.

Education sector maybe one of the most lucrative sectors to startup in, but that doesn't stop others from learning always. Earlier today you read about that one teacher, whom some movers and shakers in the entrepreneurial world remember. We also spoke to some upcoming startups from Mumbai, Delhi and Chennai about that one important person in their life who has been their mentor, goto person for advice and their soundboard.

Ecommerce aggregator, Voonik.com which recommends users about choosing the right clothes and accessories has a mentor in Kumar Srinivasan who was VP at Amazon. Sujayath Ali, co-founder and CEO of Voonik used to work under him as a product manager. “He would often send my proposals back terming them as "not big enough" and "not risky enough". He was the one who taught me not to follow conventional wisdom and do things that might seem to defy the logic. He taught me to keep things simple and hated complex ideas terming them as "kitchen sink",” says Sujayath. Kumar spent hundreds of hours teaching Sujayath leadership principles, ways of presenting ideas, handling people, drafting product documents, discussing philosophies, and many other things. Sujayath says his daring to enter the eCommerce space when the entire ecosystem was against eCommerce, was because of the principles Kumar has engraved in him. He is confident, that Voonik has the secret sauce required to turn conventional wisdom on head because of the lessons from his mentor.

Incase of Abhishek Behani from Jodi Clickers his mentor/philosopher and guide has been his father. His father had been photographer since his engineering days and could spot the talent that Abhishek had. “Dad was instrumental in teaching me how to master the art of framing objects which we perhaps see every day, but fail to notice the beauties that can be showcased, if one has the power to see the detail,” he shares. While he didn’t have any fancy equipment, Abhishek’s interest developed with a simple Yashica camera. He also borrowed his friends’ cameras and shot to his heart content. His ability to effectively capture the beauty of Darjeeling (where he studied) on film also gave him recognition in school and eventually the courage and conviction to start Jodi Clickers.

Unlike Sujayath or Abhishek, founder of premium ice-cream chain Hokey Pokey, Rohan Mirchandani found his mentor while in college – a fitting reason to be highlighted on Teacher’s day. Rosalind Rock, president of Rock International isa investment and fund-raising specialist, who has helped Rohan shape the Hokey Pokey business in more ways than one. Rohan met her at an NYU Stern alumni event almost a decade ago. “Being much much older (she graduated with an MBA in the 80s and I was an undergrad in 2004), she has been a wealth of knowledge and an inspiration. When I was creating the business plan for Hokey Pokey during my last year at Wharton, she played an instrumental role in helping me think through how to be strategic in the QSR business and stay away from ridiculous rentals. Our brainstorming session (at the Penn Club in New York) led to concept of how coffee and ice cream are complimentary products. The Barista partnership is the end result of this brainstorming session we had in early 2012,” says Rohan. He continues to be in touch with Rosalind and talks to her at least twice a month. Rohan says she helps play devil's advocate in every decision he has taken in business and credits her for motivating him to reach beyond and create something special that will stand the test of time.

Anu Acharya, Founder MapMyGenome says she is fortunate to be mentored by several people knowingly or unknowingly. She says, "Growing up with a professor as a dad provided me a very strong foundation for a lifetime of learning. Over the years, I have found mentors in different spheres of my life. With over 13 years in being an entrepreneur, this year I began a new startup called mapmygenome and had the fortune of being mentored by several knowingly or unknowingly.

The first is a friend who would rather not be named. He helped me get to a healthier lifestyle by mentoring me gently and being competitive as that was my driving force. Since my startup is about health, this was a great way for me to be able to live what I was practicing.

The second is my board member Arjun Malhotra who can never fail to inspire in all aspects of mentoring. The most exciting part being sales driven and he has helped me re energize my spirit for selling.

Dr Anula Jayasuriya who has been my board member for both my startups has been a mentor through both good and bad times and has helped me transition from Ocimum to my new startup.

Bharath Baba of Rupayam.com talks about his boss from Cadbury. "Kiran has been a friend, philosopher and a guide in more than one occasion over the years . My first association with Kiran was as my boss in Cadbury way back in 2002, which was short lived. Nevertheless ever since the relationship has grown all through during the last decade. In my next assignment in Coca Cola ,Mangalore despite having quit Cadbury, Kiran used to spend some quality time engaging with me during his visits to Mangalore despite his short schedules . When I look back and connect we have been able to strike a chord although we haven’t worked together again or been in the same city. Kiran mentors me actively today ever since I have started up rupayam.com and knowing me so well he lets me on my own whenever we have a difference in thought process for me try out what I feel is right. A couple of months back Kiran voluntarily introduced one of his linkedin contacts and took the pain of setting up a meeting and joined me to explore opportunities on how he can help rupayam, I was truly touched. Kiran helps thought process evolve,and has counselled me in various facets of my life over time including relationships truly making him a Krishna. It has been truly magnificent journey with Kiran and I am thankful to have been associated with Kiran in different roles over timelines. Kiran Murthi is an Enginner from IIT Madras and a IIM graduate."

Agni Sharman has different views on Teacher's Day. "If the teacher's day is celebrated only for school and college teachers, I rather not celebrate it. My clients were my best teachers.

Ever since I started Sharman’s Cab Company from my bedroom in our Virugambakkam flat in the mid of 2007, I have been taught how to run my business mostly by my customers. I was completely new to this industry and never did a study before I got into it. There were good and bad customers and all of them equally contributed in taking pain to teach my how to run my business.

THE NEGATIVE ONES WHO TAUGHT ME POSITIVE LESSONS

A very famous theatre personality from Mylapore who hired a cab form us for an airport transfer in 2008 taught me how and why I must put my hiring terms in black and white. He actually helped me by demonstrating how the terms can be misused, if not clearly written.

A large gaming company and a Telecom company taught me how it is easy for large companies to cheat us on TDS deductions. Helped us go back and learn more about TDS and Service Tax.

Another Chennai based corporate taught me to walk out of them, when their junior level staff demanded bribe to clear payments. (Despite meeting the CEO and explaining him what was happening, he was helpless). Helped us learn that there are lots of other straight forward companies to work with and we must ignore the corrupt ones.

THE POSITIVE ONES WHO HELPED US IMPROVE FURTHER

A large software company in USA helped us by awarding shuttle service contract, when we had no prior experience. Helped us to see our own strengths.

World Bank always trusted us when it comes to providing quality services to its auditors coming from Washington. Initially we did mess up, but they identified that we will improve our QoS if given a chance. They still work with us. Showed us the way to keep an eye on QoS and be open to continuous improvements by taking feedback for each trip.

Manikandan Saravanan helped us build a robust ERP on cloud. We helped him launch his company UnderBlu Technologies at the local office of TiE Chennai in the presence of some special people. He was a client who hired car from us regularly for more than 3 years. Showed me that we can be of help to each other, if we wanted to.

These and many more teachers I celebrate this day for…

Many other organizations which am part of or was were absolutely useless to me, since most of them would only encourage IT related start-ups and technology entrepreneurship. But however I did learn a few things in directly and so it is more of a Dronacharya – Eklayva relationship."

So as the Japanese say, “Better than a thousand days of diligent study, is one day with a great teacher."

Is there a mentor who made a difference to your startup? Share your experience with edit.team@yourstory.in. 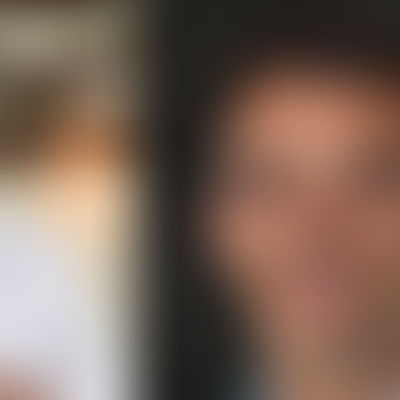