Stick to your values, believe in yourself, you can get to the top by being who you are - Finance veteran Gita Nayyar 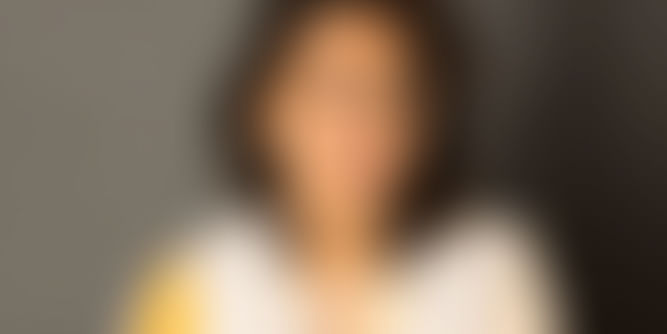 If there is one message that you can learn from Gita Nayyar, it is this: “Stick to your values, you can get to the top by being who you are.” Coming from someone who has over 24 years of experience in financial services, an industry that is often seen as male-dominated, her message has a lot of value. Gita began her career with Citibank in India, where she worked for about 15 years and held various senior management positions in the Global Corporate and Investment Bank.  In 2003, she relocated to the United Kingdom with Citibank and subsequently, moved to Credit Suisse Private Bank UK, as the Regional- Head Asia.Having climbed the corporate ladder and broken the glass ceiling, Gita decided to come back to India, and invest in, opportunities in India. Given Gita’s love for investing and wealth management, this comes as no surprise to us in HerStory. During our interaction, we found Gita to be an epitome of humility, despite her successes. What makes this woman leader tick? Let us find out.

My parents were progressive for their times. My father was an Admiral in the Indian Navy and has always been very supportive of my mother’s and my career and education. My mother was an entrepreneur and I drew my inspiration from her.  In spite of having two children, she completed her MBA during the 70’s s, when it was very tough for women. So, not being career-oriented was never an option for me.

After pursuing my B.A. in Economics from Delhi University, I went on to   receive an MBA from the Amos Tuck School of Business Administration, Dartmouth College USA (a prestigious Ivy Colleague). From what I know, I was the first Indian women from India to attend this business school.

After Dartmouth, I took up a job with Citibank India and came back to Mumbai. For 18 years at Citi, I pushed the limits and went ahead in my career. Later on, I was headhunted to be the Regional- Head Asia, for Credit Suisse Private Bank,UK. I was based in the UK for 7 years and enjoyed my international stint. However, after spending 22 years as a banker, I wanted to do something of my own at my own pace and wanted to return to India. So, I came back to Mumbai for a fresh beginning to explore new investment opportunities.

I realised early on that while a glass ceiling exists, one can break it with hard work and self-belief. Being a woman, I had to prove myself consistently, back then, way more than my male counterparts. I remember, early on in my career, there were a lot of naysayers. I had to prove them wrong. So, I worked harder. Never took ‘no’ for an answer, and was never afraid to say what I believed in. If you work hard, learn from your mistakes, deliver results and do the right things, you will be noticed and rewarded; it may take some time, but you will get your due.

Things have changed quite a bit over the years. However, many of the challenges still exist for women. They exist at a comparatively lesser degree, but they still do exist. As women, we will not benefit from complaining about the situation, it is impossible to change someone else’s view point, we can only focus on what we can do. We need to committed to our work, get up after a failure and work harder. It is important to ignore the doubters and go ahead with our own conviction. And as more women climb up the ladder, things will change for the better for all women.

But we need to reach the critical mass at the top. The new companies’ law bill which mandates at least one Women Director on Boards is a step in the right direction. Women in the workforce and leadership roles should also support other competent women.  It is important though that one stands up for Women who are qualified and preform and not just because they belong to the same gender. I always stood up for women who were performers in my teams; I knew and understood the importance of it.

During my initial days, I found that one has the natural tendency to try and become one of the boys and behave in a similar manner. But, with time, I realised as women don’t have to. We are different, and we can lead differently. It is also important that we speak up and say what we believe in; very often women are scared of taking a stand for the fear of standing out or being labelled too aggressive.

There is a difference between being a strong leader without being hardnosed and insensitive. I realised later in my career, that I can still be a firm, fair and strong leader while still being compassionate and caring.

I refused to be stereotyped. Everyone can achieve what they want to, by being true to oneself and being who they are. We don’t have to fit in the stereotypes, men or women.

Success, according to me, is being happy with who you are and where you are. Today, I feel contented, as I have lived true to my values.

Professionally, I don’t think I have achieved everything I could. There is no end to it. I like to be mentally engaged. I like to work, I like to learn, and I will continue to.

Today, I am engaged in a number of activities, including investing in various asset classes. I enjoy the fact that I now have the flexibility to work on varied activities. In addition to my other consulting/advisory assignments, I advise a fund which is in the early Venture Capital space and works with growth companies.  I also commit some of my time and help two NGO’s one which works with women and the other with senior citizens.  One area which I enjoy particularly is working with young entrepreneurs, and investing in them. I love the energy young entrepreneurs come with. The youth of today is not afraid to pursue their passions, which is slightly different from my generation.  When I started out getting into the top-paying jobs, with companies with the right profile, was very important. I admire the youth of today for their career choices.

I am also working on an idea, which I would plan, strategize and invest in but will leave to a young entrepreneur to run. The pleasure of being on your own, and trying to make something out of nothing is absolutely an amazing feeling.

I am deeply inspired by my mother. She has done the unconventional and stayed ahead. I am inspired by leaders like Gandhiji and Nelson Mandela. They did not waiver from their belief system, fought hard for what they wanted, led fairly but stayed true to their values, throughout their lives.

I read a lot. I read all kinds of stuff. I like to grasp things like a sponge from every nook and corner. Knowledge comes handy always.

Organisations need to engage in a dialogue with women employees, and work on best practices to ensure that women continue on their career track. Retaining competent women even after marriage or pregnancy and ensuring they get a fair opportunity at work is a challenge for many organisations. However, organisations which support competent women will always benefit vs. those who do not..

Take on challenges. Say yes to opportunities. Work hard and believe in your goals, don’t waiver from your chosen path or take short cuts or the easy route. If you have a goal, make a plan and achieve it no matter what. Don’t be afraid to say what you believe in or take a stand, even if you are in the minority. Stay true to your goals. And above all, stay true to yourself. Stick to your values, you can get to the top by being who you are.