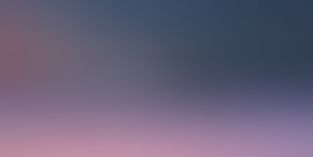 The mind is often compared to the trunk of an elephant – restless, inquisitive, and always straying – begins Eknath. He describes how, during religious processions and festivals, the caparisoned elephant goes through the narrow and crooked streets lined on either side with fruit and vegetable stalls. “Along comes the elephant with his restless trunk, and in one sinuous motion it grabs a whole bunch of bananas. You can almost see him asking, ‘What else do you expect me to do? Here is my trunk and there are the bananas.’”

Then there is the coconut stall, from where a coconut gets grabbed by the busy trunk, and so forth; no threats or promises can make the elephant stop its mischief. But the wise mahout, if he knows his elephant well, will just give that trunk a short bamboo stick to hold on to before the procession starts, observes the author. “Then the elephant will walk along proudly with his head up high, holding the bamboo stick in front of him like a drum major with a baton. He is not interested in bananas or coconuts any more; his trunk has something to hold on to.”

How does the analogy relate to the mind? Explains Eknath that, most of the time, the mind has nothing to hold on to, but we can keep it from straying into all kinds of absurd situations if we just give it the mantram. The book’s preface defines mantram or mantra as a powerful spiritual formula which, when repeated silently in the mind, has the capacity to transform consciousness.

There is nothing magical about this, it is simply a matter of practice, he clarifies. “Whatever name we use, with the mantram we are calling up what is best and deepest in ourselves. The mantram has appeared in every spiritual tradition, West and East, because it fills a deep, universal need in the human heart.”Tracing the origin of the word, Eknath writes that mantram is from ‘man’ (the mind), and ‘tri’ (to cross), thus meaning a tool to cross the sea of the mind.

The foreword by Daniel H. Lowenstein, MD, a physician and neuroscientist, highlights that the mantram works as an antidote to the daily conflicts and intrusions filling our unquiet minds. While, at the most superficial level, repetition of the mantram causes the brain to swing from barely connected thoughts to a simple phrase that holds the attention and thus slows down the mind, the science of neurobiology gives another way to understand how the mantram could be working, says Daniel. “From studies using magnetic resonance imaging (MRI), we know that concentrating on a short phrase will activate specific areas in the front and side of the brain. These areas, the frontal and parietal lobes, are involved in selective attention – the capacity to maintain a single focus despite the presence of distracting stimuli.”

In this way, notes Daniel, the mental repetition of a simple phrase like a mantram can provide a guide-wire to move your attention away from a troubling stream of thoughts. He suggests that it is as though the mantram provides access to a peaceful, grounded centre that puts your cravings, drives, and other immediate needs in perspective.

For a meditative read.