How and why $200,000 was invested in Thrillophilia's adventure 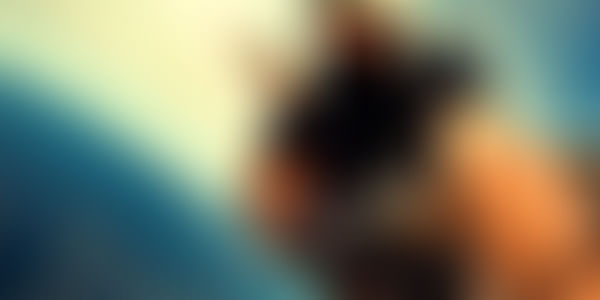 Thrillophilia, a Bangalore-based activity based trip planning portal recently announced that they’ve raised a round of funding from Hyderabad Angels, iLabs Venture Capital Fund, Navlok Ventures and CII(IIM A). Abhishek Daga and Chitra Gurnani Daga, the husband-and-wife team behind Thrillophilia, have been working on the startup for about 3 years, and had raised an undisclosed seed amount from an US-based investor in 2011. The current round is worth $200,000, for an undisclosed stake.

As of today, Thrillophilia has more than 400 activity-based tours and 1,000 offbeat travel experiences on the portal. Headquartered in Bangalore, the company has its presence in 72 cities and has alliances with 450 regional service providers. They currently cater to more than 2,200 customers a month and in the coming future, and they are looking to include 6,000 experiences by December and serve one lakh experience hours a month towards the last quarter of 2014, says Abhishek.

It is an important moment in the life of the startup, and I caught up with the founders, to understand the story behind the funding and what’s in store for the future of Thrillophilia.

Like many corporate employees turning to entrepreneurship, Thrillophilia was bootstrapped, and Chitra and Abhishek had put in their life savings into the company - “Finance was always a crunch,” said Chitra, “Both Abhishek and I took a conscious call that both of us would not get into running Thrillophilia full-time, until the company was profitable enough for the both of us to take a salary out of it; we had to run the house.”

Chitra went to the Indian School of Business (ISB) where she chose not to sit for her campus placements, and decided to start running Thrillophilia full-time. “Abhishek continued to work in his corporate job and he was paid a handsome salary, which kept the household running. Soon enough, we became profitable, and a private investor put a seed round in our company.”

Unlike what many other startups face, with respect to fundraising, Chitra shared that they didn’t have to reach out to investors for their funding. She says, “We took part in a few pitching contests, like the power of ideas contest, which was a CII Ahmedabad initiative. Also, as I’m an alum of ISB, I get constant updates on entrepreneurship contests from there as well. We took part in the Bizquest event, which was a TIE and ISB initiative, where the prize was a chance to pitch for an investment worth Rs 1 crore. We got selected and we garnered a lot of interest from many angel funds. We went ahead with the pitch and that's how the investment happened.”

Chitra further shared that the next round of investment they're looking to close would be a large VC round. She said, “We're good with the capital that we've raised now. This is enough to scale up to a point, and then we would look to raise a VC round. We won’t raise another angel round so as to not dilute too much of our stake."

Thrillophilia has been making the bulk of the revenues through corporate clients, but Chitra and Abhishek believe that the scale lies in the B2C space. Chitra says, “Think of the traveller looking to go to Goa or Rajasthan, and is looking to experience the place through activities. It’s no more about sightseeing. People want to experience things, and there isn’t a comprehensive platform that presents these activities to users, from where they can book tickets as well. We want to focus on this problem in the coming months.” Abhishek also added, “We want to concentrate on the local experiences. Trips can be as small as one day, and experiences could be a 2-hour walk in a tea plantation.”

With that in mind, Thrillophilia’s core strength, which is its B2B offering, will continue to prevail. Abhishek said, “Of course, the B2B side will not be overlooked. It is our core strength and we will continue to build on the 250 corporate clients that we’re serving so far. But the scale in is in the B2C space.”

However, the listing on Thrillophilia’s site is currently collected and curated by the 18-member team that works out of Bangalore, and scaling would involve more content on their listing. Abhishek said, “As of now, we’re looking to make sure that the experiences we have listed are curated and high quality. But in the coming future, we will be looking to crowdsource information to add to the list of experiences. As of now, the next 4-6 months are going to be focused on listing great experiences, even if they are not many.”

When I asked what it was like being a husband-and-wife team, Chitra quipped, “We fight at home and at office! We have differences in opinions in almost everything! But, that’s a part and parcel of working with anyone in a startup. On a more serious note, we do have specific roles and responsibilities at the company and we don’t interfere with each other’s work. There’s a lot of respect for each other, as co-founders.”

Abhishek further adds, “While in entrepreneurship, the lines between personal and professional lives are blurred. In our case, there is no line! We talk a lot about business, even at home, at holiday and where not! While that might not be always great, but it’s really exciting for VCs, as we’re a team that’s literally, always thinking about the business!"