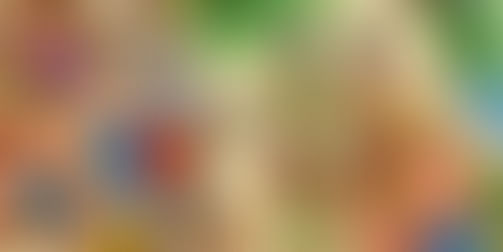 Prince Rama was searching for his wife Sita.

Around the same time, prince Sugriva was also searching for his wife Ruma.

But, there was an important difference between these two searches. Sugriva knew where his wife was. Rama didn't.

Sugriva's brother, Vali, the king of Kishkindha, had taken away Ruma by force. Sugriva didn't know how to conquer him and win her back.

On the contrary, Rama didn't even know who took his wife away. He was still looking for her in all directions.

Soon, Rama and Sugriva met. Sugriva promised to help Rama find and rescue his wife back, and Rama reciprocated by promising to help Sugriva get his wife back.

Once this MOU was signed, Rama got to action. He won Vali and hence, Sugriva and Ruma united again.

Not just that, Sugriva now become the king of Kishkindha. After many days of struggle in the jungle, he could enjoy the royal pleasures once again.

Sugriva and his ministers invited Rama to come to their palace and join the celebrations. Rama refused.

How can he celebrate? His wife is still missing. Sugriva is yet to honour his side of their agreement.

Ideally, Rama should have asked Sugriva to start immediately and search for Sita. 'I did my part, now you do yours!'

But, Rama didn't force this. He just asked Sugriva and his men to relax for sometime. 'We will search for Sita after a few weeks.'

Why? Isn't it risky to postpone the search, given the fact that some demon has taken away Sita? Isn't he legally eligible to ask Sugriva to start helping him immediately, as promised?

True. Rama was desperate to find Sita and rescue her. He mentions this clearly to his brother Lakshmana many times.

So, Rama would have preferred to start the search for Sita immediately after his promise to Sugriva is completed. After all, that is what Sugriva agreed and promised long back!

But, at the same time, Rama saw something beyond the legal agreement between him and Sugriva. He purposefully didn't want to force Sugriva to start a war immediately.

Of course, there was an obvious reason behind Rama's strange decision. It was rainy season, not the ideal time to search or to fight.

A less obvious reason, Rama felt empathy for Sugriva and his supporters.

They had lived a very tough life in jungle all these days. After many difficult phases, they have returned to a luxurious life now. Rama wanted them to enjoy it for some more time.

Who knows? Rescuing Sita may take many months, even years. During the war, they all need to live the same tough life again.

In such a situation, Rama felt Sugriva and his gang deserved some rest. 'Let them eat, drink, party, and enjoy life some more, before we start for the war.'

To summarise, Rama didn't enforce a clause that clearly favored him, just because he saw things from the opposite party's angle. Great gesture!

Not everyone can do this even to their best friend or brother. But Rama goes one level above, by doing a similar favour to Ravana, his enemy.

During the war to rescue Sita, Lanka king Ravana comes and faces Rama directly. He loses all his weapons in this battle and stands alone.

Rama could have finished off Ravana at that moment. He had enough reasons to punish him. But, he decided against it.

Again, he didn't want to use his advantageous position to attack a man who has no weapons with him. So, he asks Ravana to go back and return later.

This second strange decision by Rama too had an empathetic reason. He wanted Ravana to realize his mistake and willingly return Sita.

But, Ravana didn't deserve this treatment. He refused to change his evil ways and continued fighting, eventually losing to Rama.

When we summarise these two incidents, a few patterns emerge:

Similar situations exist in today's business world too. Will we decide like Rama, when we feel it is the right thing to do?

N. Chokkan is the co-founder and director at CRMIT, Bengaluru. He was previously the director at InFact Infotech, before which he was the principal consultant at BroadVision. He blogs in both English and Tamil language.